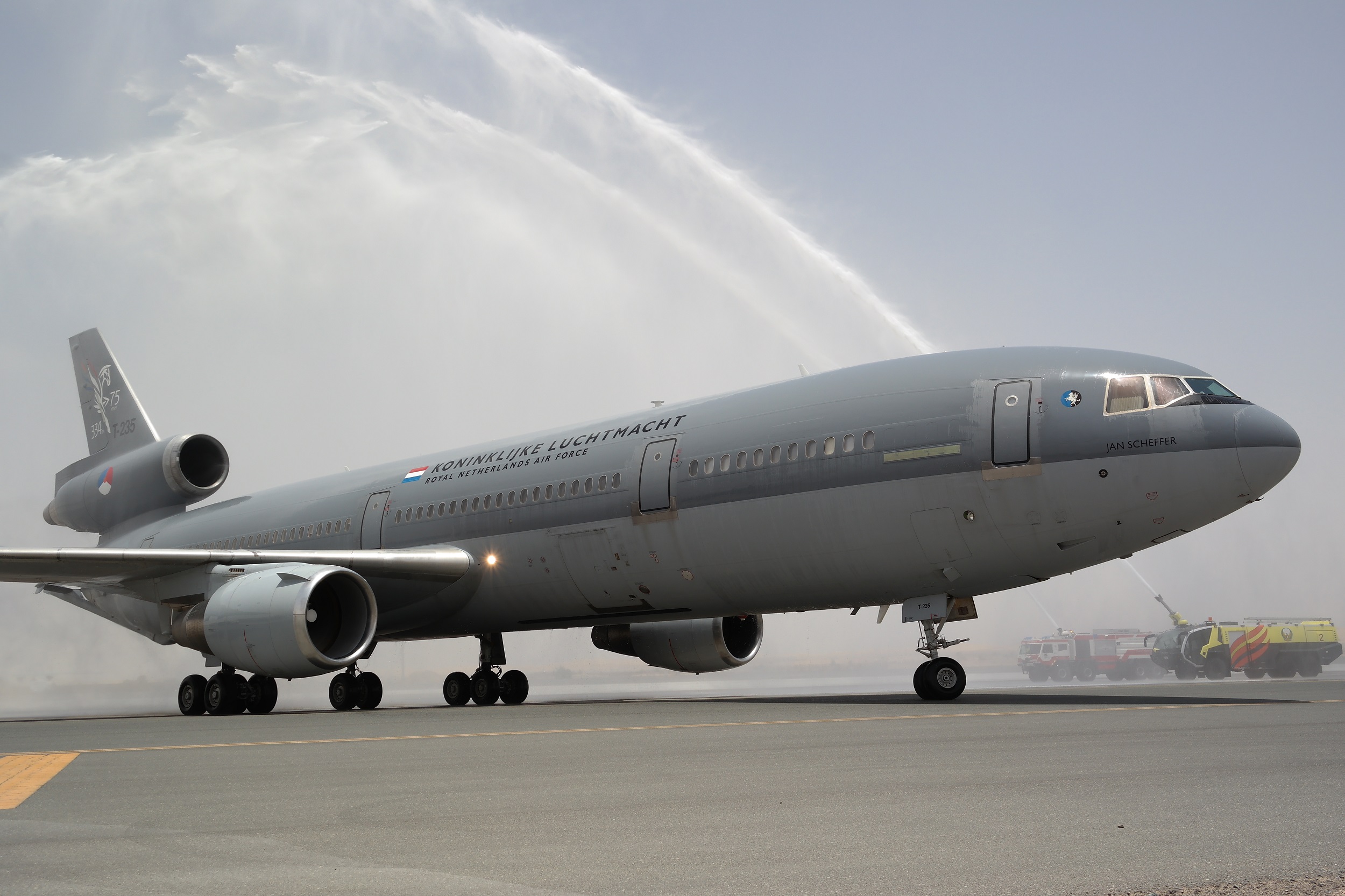 Extra fuel, the mission saver of the last Dutch redeployment mission to Afghanistan

Major Frohlich is captain on the KDC-10 stationed with the 334 Squadron at Eindhoven Airbase. From 22 to 26 June 2021, he flew the last Dutch redeployment mission out of Mazar el Sharif (Afghanistan). It turned out to be memorable for Major Frohlich and his crew.

The mission was under EATC command and control. It was divided into two parts as the Netherlands do not allow transporting passengers and ammunition on the same flight. Hence, Major Frohlich transported first thirteen military out of Mazar to Minhad (United Arab Emirates). A Dutch Gulfstream flew in parallel from Eindhoven to Minhad to “meet” the KDC-10, pick up the passengers and bring them back safely to the Netherlands. Then Major Frohlich prepared to return to Mazar to collect the remaining cargo and ammunition in order to fly it back via Minhad to Eindhoven.

Whereas the transport of the passengers went uneventful, challenges started soon after the KDC-10 left to Mazar. Major Frohlich remembers this second mission as “extremely interesting. Flight planning and diplomatic clearance numbers were all checked before the flight. The flight plan was accepted.

Since we were going to transport a heavy load out of Mazar, I decided to load  extra fuel for this mission. Mainly because I was informed I could not take any fuel at Mazar airbase due to limited capabilities. This decision to take extra fuel was a mission saver!

When we entered the Pakistani airspace, we were told to “hold” as there were problems with the overflight clearance. First thing we did was to calculate the optimum holding speed at that altitude. Then we set-up a holding pattern and calculate a “continuation fuel” to be able to either continue the mission or, abort the mission and return to Minhad.

Next, we informed EATC mission control on the situation via SATCOM and in cooperation with the Dutch operation center.  EATC coordinated and confirmed the diplomatic clearance numbers, but Pakistan continued to refuse the overflight.

After nearly 1,5 hours of holding in the air, there was still no solution. We reached the point where we could no longer continue the entire mission without refuelling. So we started to prepare the ”Flight Management System” for the return to Minhad. Only two minutes later, Pakistan radioed us to continue the flight planned route.

That was tight! We landed in Mazar with only 82.000 Lbs of fuel. And we needed 80.000 Lbs to safely execute our mission back to Minhad. What a margin! Luckily we flew without incidents over Pakistan back to the Emirates.

The next day we left Minhad to the Netherlands. But not before a nice surprise from the Dutch detachment. Upon leaving the ramp, four fire-trucks provided us the “Fire Brigade Salute” for our “last” mission from Minhad.

What I learned from this experience? Always be prepared for the unexpected! If in doubt, take some extra fuel on top of continuation fuel. Do not forget your SATCOM!

Thanks to the EATC mission control and the Dutch operation center to help saving the mission."