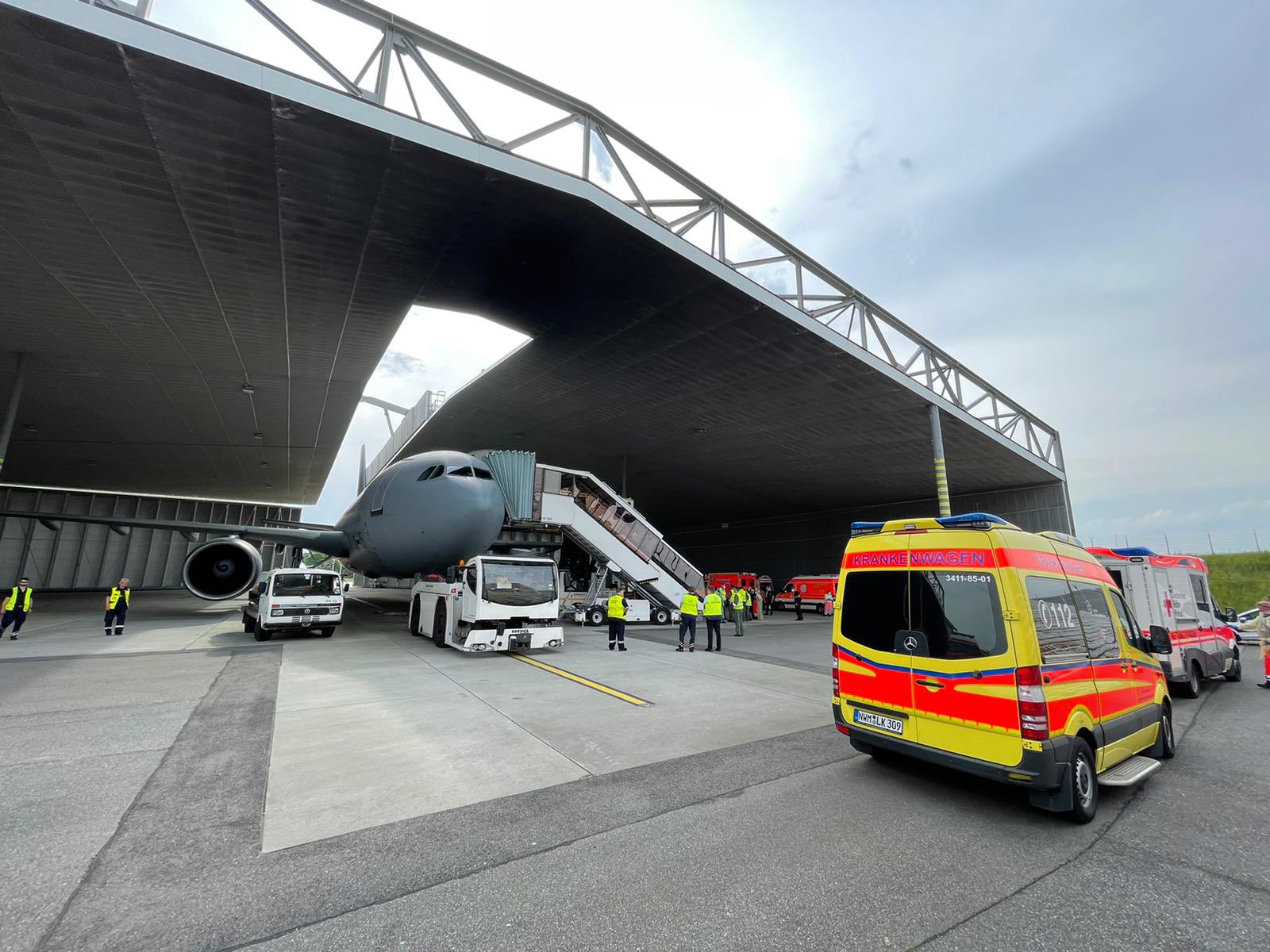 Evacuating war-wounded Ukrainian patients does not leave you unaffected…

… says Colonel Dr Limpricht, Head of EATC’s Aeromedical Evacuation Control Center. “My team and I are planning and supervising aeromedical evacuation missions of Ukrainian children, civilian and military out of our safe headquarters in Eindhoven. These missions provoke strong emotions and it is essential to show calmness, putting all our efforts into the collaborative support for safe evacuation missions.”

Since the war started in Ukraine, Dr Limpricht and his multinational team of doctors and nurses have managed ten German A310 aeromedical evacuation missions of Ukrainian patients to specialised hospitals in Germany. Many of the patients suffer from severe battle injuries and have experienced a long suffering with repeated surgeries. The German air force put into place a large team of up to 25 medical experts, doctors, flight nurses and paramedics, trained for aeromedical evacuation. These specialists are assigned on a case by case basis, accordingly to the medical requirements. They are supported by, among others, translators.

“We work in close cooperation with all actors on the ground and in the air. This is paramount for the success of such complex and crucial missions.” continues Dr Limpricht. As an example, the identification of the Ukrainian patients was coordinated between hospitals, non-governmental organisations, the German ministries of Interior and Defence, the National Patient Evacuation Coordination Centre in Koblenz, and EATC. “My team and I stand ready 24/7 to join our efforts with our national counterparts and to facilitate the safe aeromedical evacuation of Ukrainian patients.”