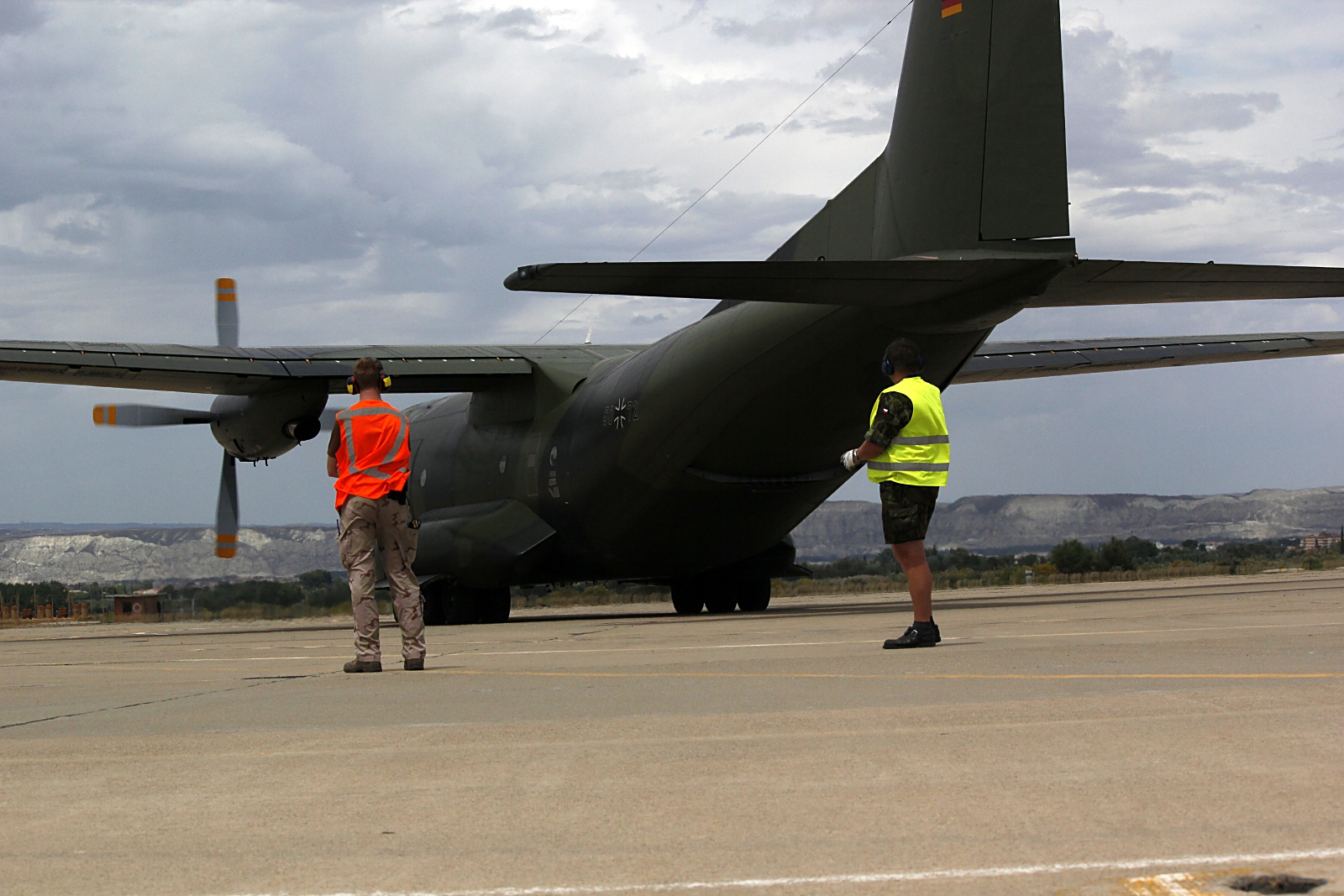 ropean Air Transport Training 2012 (EATT 12), under the auspices of the European Defense Agency (EDA), significantly supported by the EATC staff and hosted by Spain, started successfully on 05 June in Zaragoza, Spain.

On their first day the crews were briefed on the program and the tactical scenario that provides the framework for the whole training and aims at exercising and improving the crews abilities to act in situations that might occur as such in real life operations.
After having conducted their familiarization flights the crews proceeded with an intensive agenda comprising tactical navigations, formation flying, cargo and personnel airdrops, Composite Air Operations (COMAOs) and assault landings in the morning hours and in the afternoons so far. The presence of air threats, performed by Spanish F-18 fighters, and ground threats is part of each mission and increases the level of intensity gradually. ort amount of time and with their dedicated assets in a multinational scenario. The training conditions of the exercise, as many crews stated, are considered very well and are highly appreciated. Apart from that the exercise leaders reported amazing cooperation and unforeseen synergies not only during the multinational conduct of the missions but also for the common maintenance and the cross national intelligence cell. This very first and unique exercise is already progressing extremely well for each participating nation and can be considered as a lighthouse example for multinational air transport training. The EATC with its contributions has proves clearly its ability to integrate with innovative approaches and efficient planning whilst executing Operational Control over the participating assets.

During this week of the exercise the intensity will be further increased. The crews will perform advanced mission planning, tactical navigation, tactical operations such as recoveries and assault landings, multiple ship formation flying and they will put special focus on night operations with and without Night Vision Goggles.

We will keep you posted. For more pictures have a look at our Media Gallery.