On Monday, the 29th of October, more than 60 guests from the 28 EU-nations
visited the Eindhoven Air Base to get a closer view how the European Air Transport Command and
the assigned Dutch Squadrons cooperate on successful “Pooling and Sharing”. 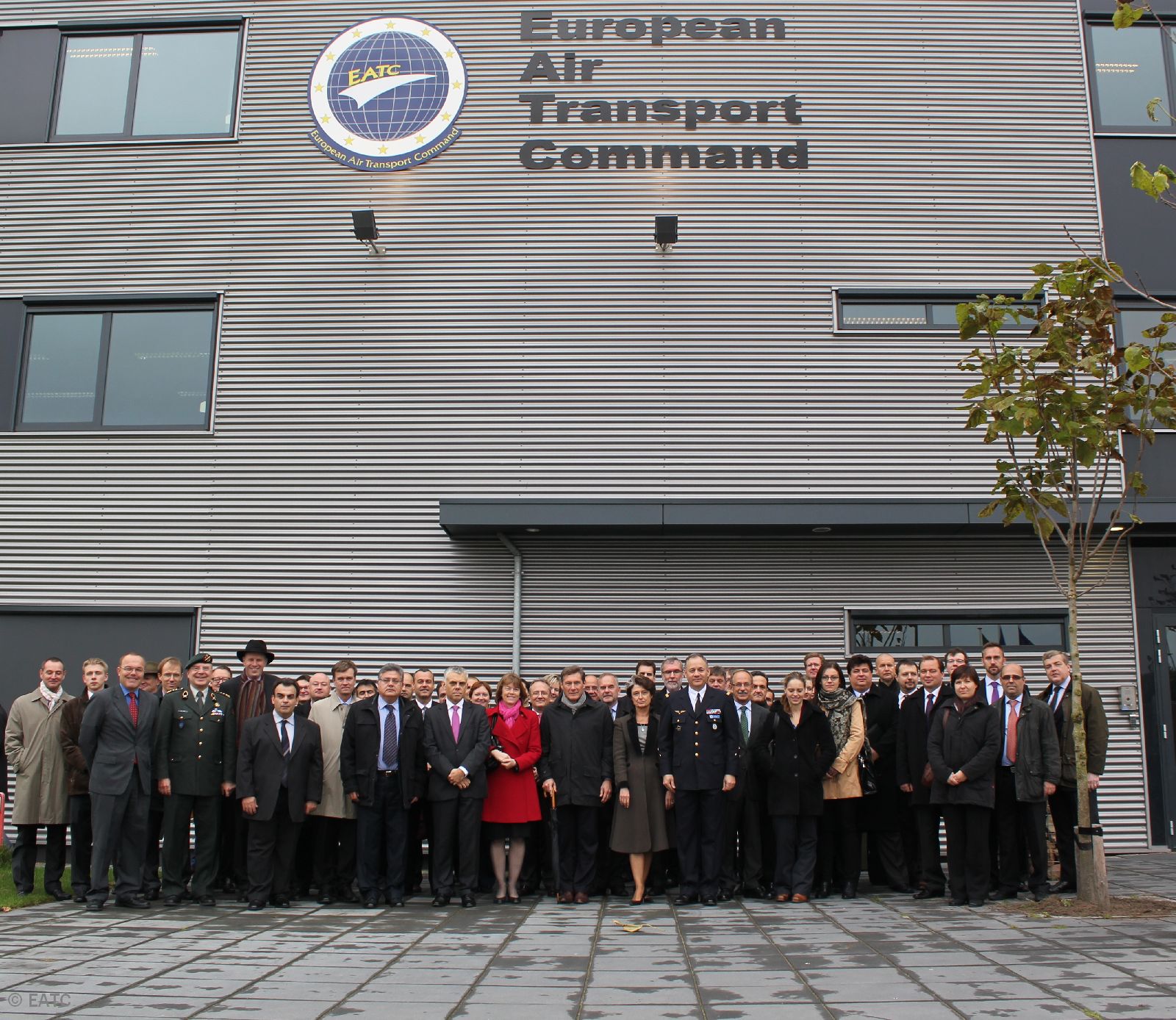 Welcomed by the EATC-Commander, Major General Pascal Valentin, as well as by Dutch Base Commander,

Colonel Bas Pellemans, the audience got first an overall introduction into EATC tasks and mission.
The programme went on with a walk along the flightline and maintenance area of the Eindhoven

Air Base, being followed by a visit to the EATC Mission Control, from where about 60 missions

per day are monitored - worldwide.

After lunch the guests turned on to their meeting - hosted in the Dutch 334. Squadron at Eindhoven Air Base.