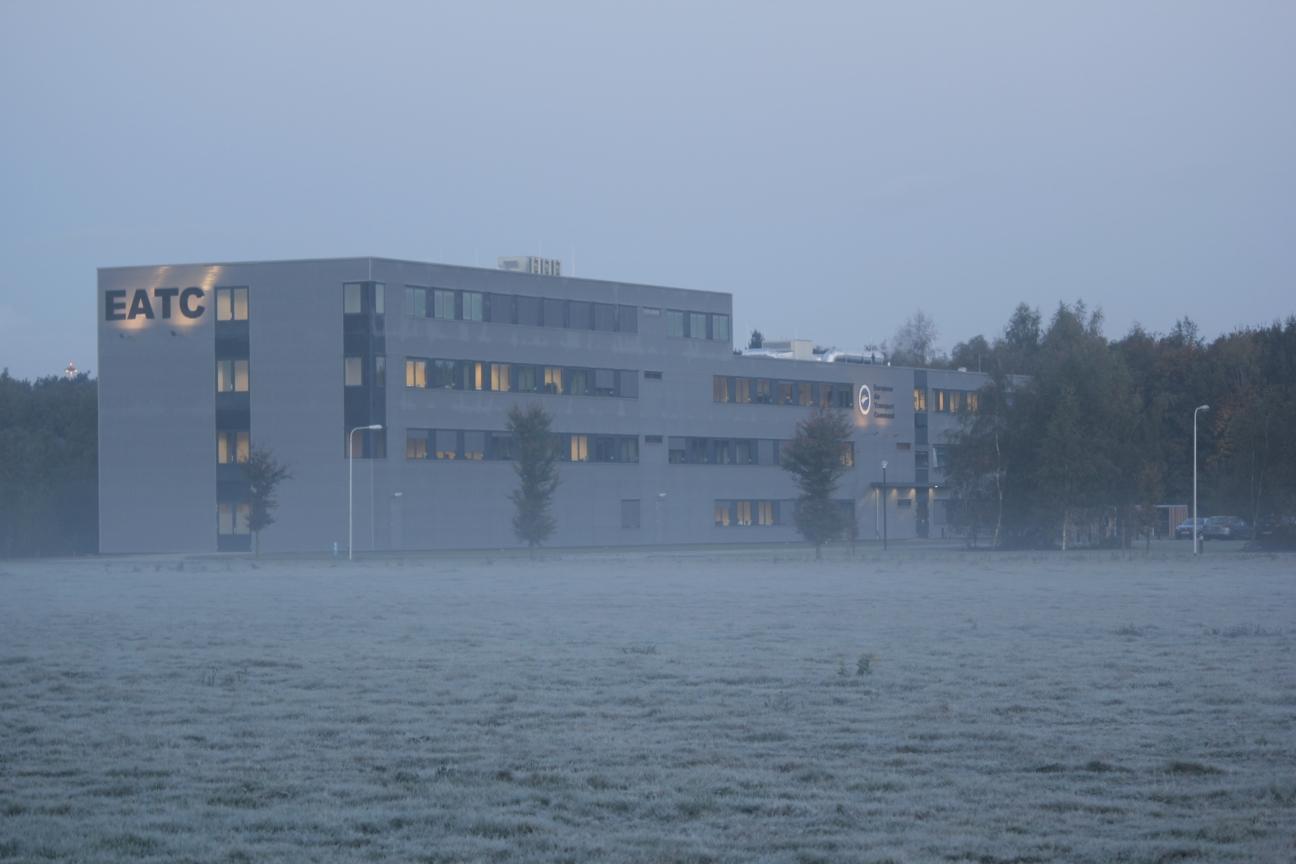 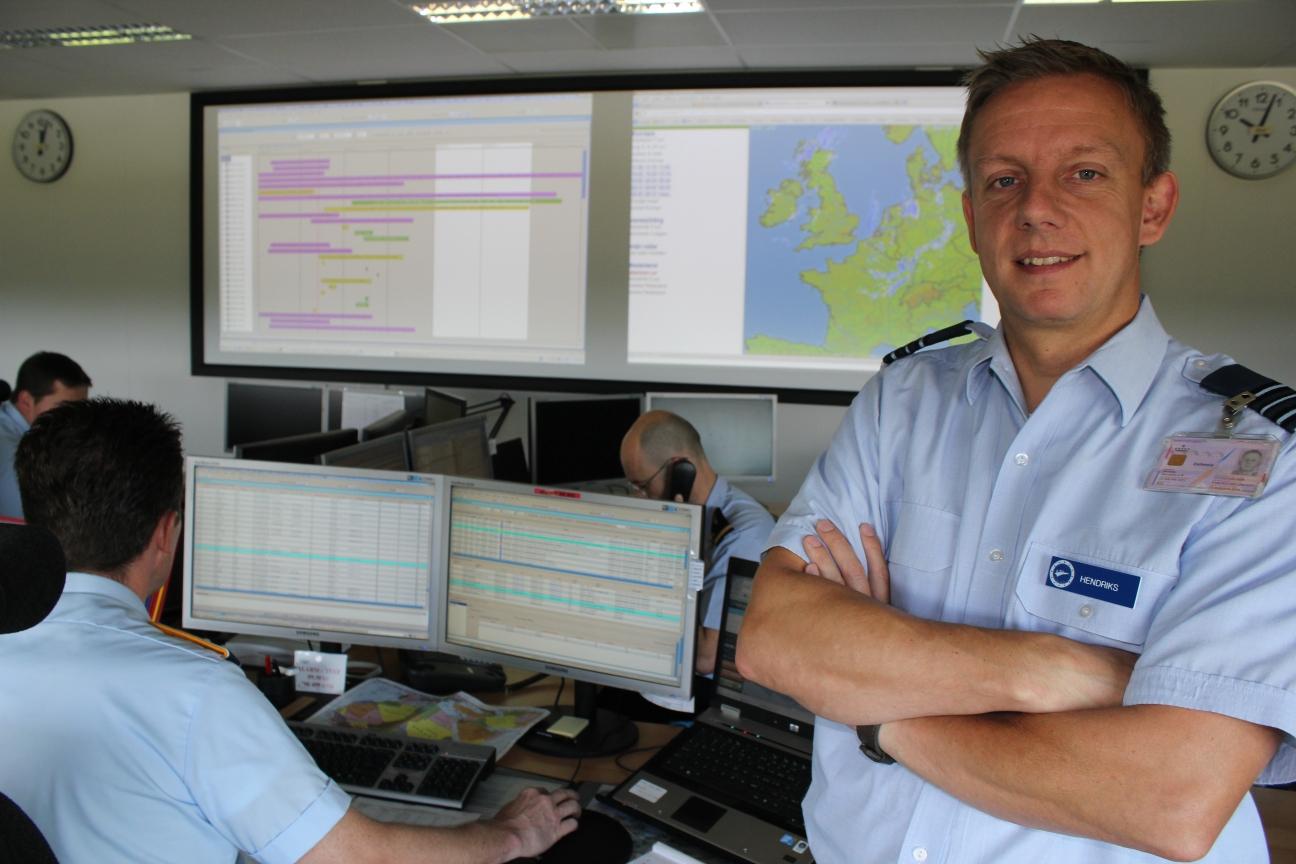 ... it is 11 March 2011: EATC has only been established half a year before - and is now already preparing for a NATO-led operational intervention in Libya, named “Operation Harmattan”.
Forces are building up strength in the region in order to be ready to enforce the no-fly zone over Libya.
Those became very busy times for Dutch Major M. Hendriks at EATC’s Operational Division, which is still learning and building experience to comply with the enormous demand of airlift assets accompanying such an operation. Urgent transport requests enter directly at Mission Control, the current operations desk of the EATC. “Right at that moment we were extremely busy to accommodate all the random requests which seem to come in by the minute: Disaster striked in Japan. A tremendous earthquake followed by a devastating tsunami hit the Sendai area on Japan’s east coast. Suddenly there was not just one major hotspot on the world map but a second one coming up: Strategic aircraft was needed acutely for humanitarian relief flights.”

Flexibility and creativity are key

Despite the heat of the action it is important to keep the heads cool at Mission Control - supervised by their shift leader.
Major Hendriks, who was on duty that day, was and is responsible as a shift leader in Mission Control for the smooth execution of all running EATC missions. He leads a team of specialists, consisting of a flight controller, maintenance controller and flight dispatchers.
In normal situations future missions will be prepared by the Operational Division’s Tasking Branch - weeks before execution of the mission.
People working in this branch build up missions from scratch to a final product, including route information, diplomatic overflight clearances, load information, unit and crew information, etc.
During a daily handover from Tasking to Mission Control all flights for the next day will be discussed and scrutinized by the MSCN shift leader, who will thereafter accept these missions into his responsibility. It is now Mission Control, who is ‘in control’ of these flights. 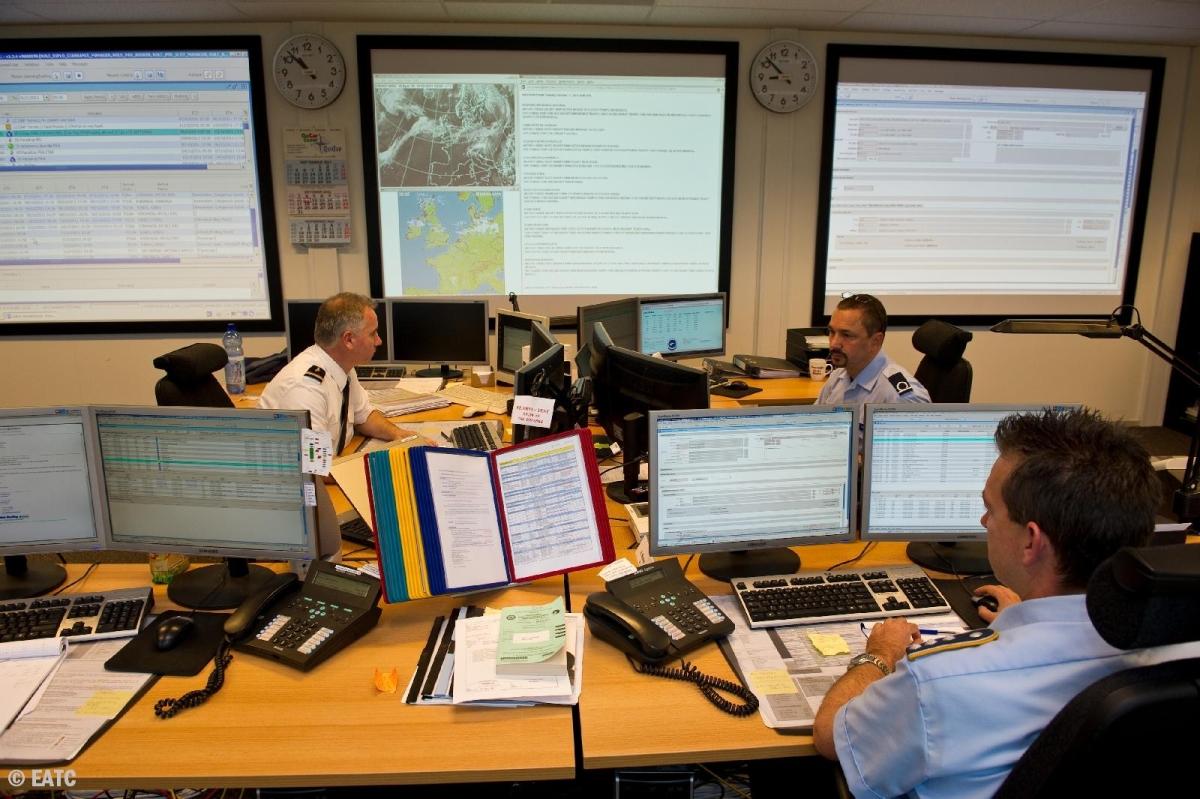 On an average day some 60 EATC assets cross global skies. The currently 130 aircraft strong fleet consists of very new aircraft as well as on usually reliable though old aircraft. Although been maintained and reshaped frequently some “elderly ladies” such as the C-160 tend to get weak sometimes, resulting in contingency problems for both operators and customers, who booked their flights and rely on these. That is where Major Hendriks steps in to find the best possible solution for both customer and operator. Because he has access to the assets of all EATC Participating Nations (PN), solutions are not just limited to one nation which was originally operating the flight. Alternative aircraft and crews can be exchanged, though it still takes a creative mind to find solutions for every single problem arising.
Besides this, the Mission Control shift leader is always ready to respond to immediate requests such as evacuating military patients from anywhere in the world. For this purpose a number of aircraft is on short notice standby. These flights will be fully prepared on ad hoc-basis and controlled by the Mission Control team.
The shift leader should also be an expert on MEAT (Management of European Air Transport), a computer programme specifically designed for EATC. In MEAT requesting agencies enter their transport requirements, which will be assigned to assets from executing agencies (squadrons) by the EATC. Every relevant detail of a flight is covered by this system - and all players are therewith fully aware of their tasks and duties. 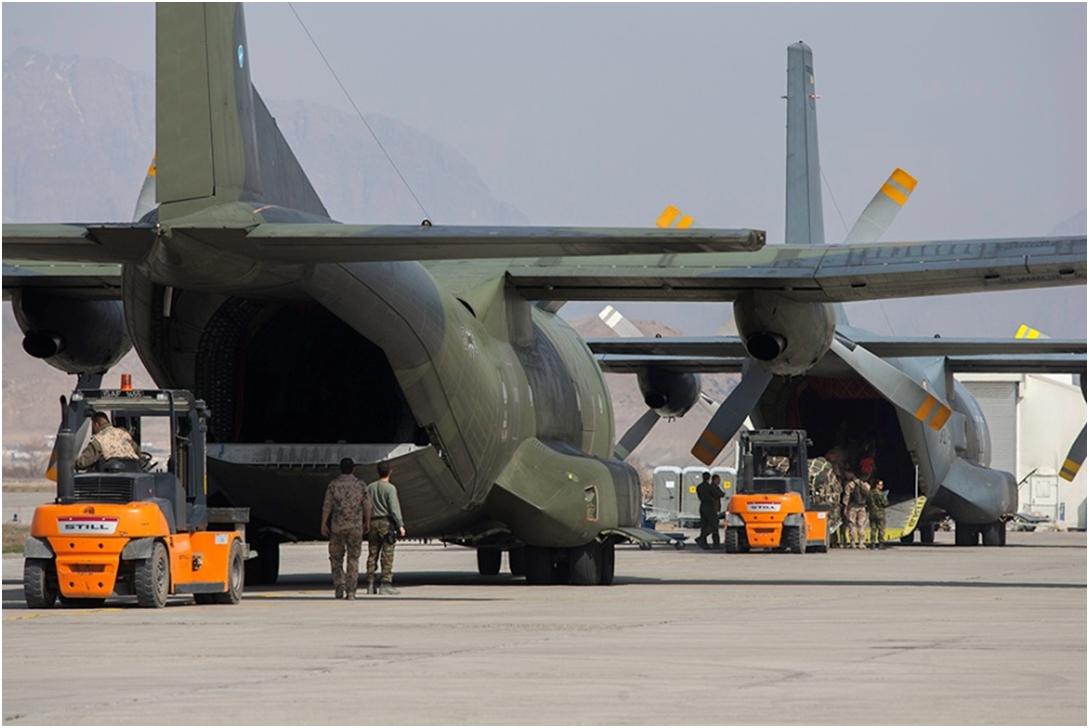 One team, one mission

Major Hendriks enjoys leading his team, which has a different composition every shift week. Not only getting the job done in the most effective way is what drives him, but he also considers managing the team as a main challenge. Raising people’s awareness of their responsibilities and making them feel good about their work is what motivates both the team as well as himself. The interesting thing about his job is, that “You never know, what happends next during the next shift. Where should only be routine, there is maybe the next surprise hidden, where “thinking out of the box” suddenly becomes essential”, explains Major Hendriks. “People are people. And things do not always turn out the way you have planned them. But on the other hand… it is a very satisfying feeling to have the right means and personell to create and fulfill effective missions, getting things moved all over this planet. And we move at least 60 assets per day and - as I said - worldwide.” And this amount of assets will surely rise: With Spain accessing EATC in 2014 and other European countries already knocking on EATC’s door - willing to join.
Apart from his leading attitude, Major Hendriks is keen on shift systems and knows Dutch labour laws best. This knowledge helps him to come up with shift system proposals, which comply with law on the one hand, but are still attractive for the people on the other hand. Many team members living far from Eindhoven benefit from a favourable system, which fits in with their family lives. 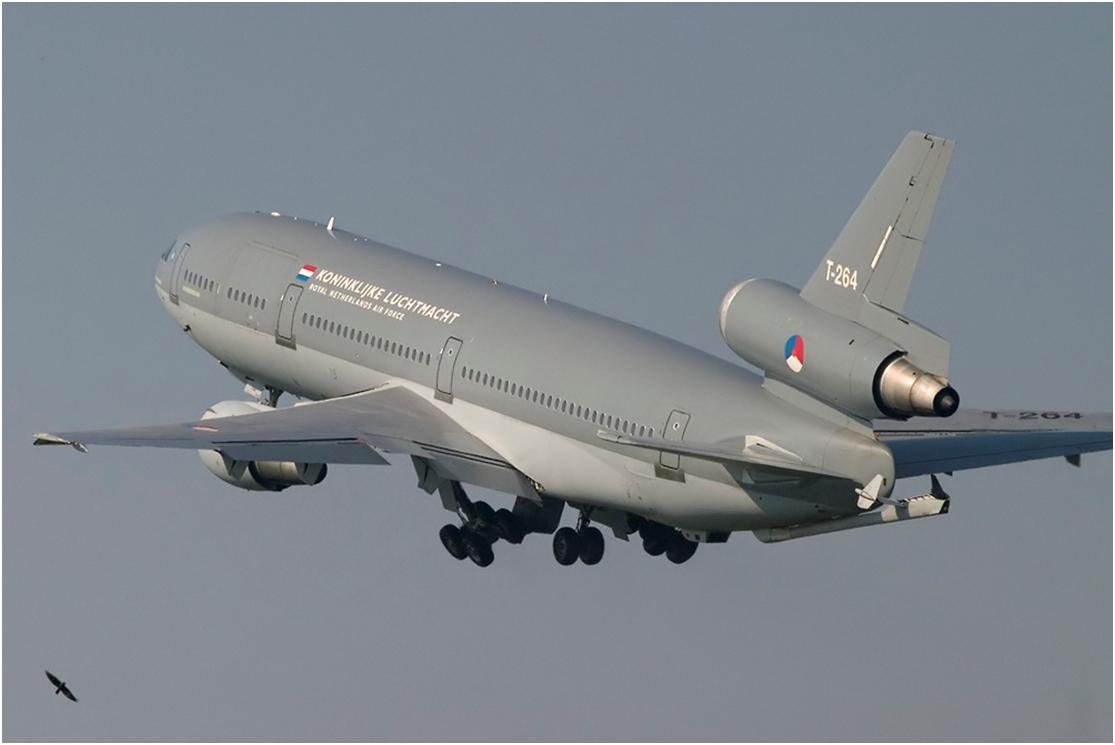 Major Hendriks’ started his officer’s career as an aviation meteorologist at Eindhoven Air Base. Eindhoven is not only home to the EATC but has also been the home of the Dutch (Royal Netherlands Air Force, RNLAF) air transport fleet since May 1992. After having briefed aircrews about meteorological aspects of their flights for a number of years, he became more interested in the planning and control aspects of these missions. He subsequently got an assignment with the Planning and Control Centre on the Eindhoven Air Base, where he became tasker of the VIP-flights.
After a few years he became the dedicated tasker of the KDC-10 - his favourite aircraft type in the Dutch fleet.
Before starting his job at EATC, he also spent a few years with current operations at Eindhoven Air Base followed by a similar job within the Operations and Coordination Centre of the Defence Helicopter Command at Gilze-Rijen Air Base, which controls a fleet of over 70 helicopters of 7 different types located at three different bases. In 2003 he was deployed to Manas Air Base near Bishkek, Kyrgyzstan, as a meteorologist to support a combined F-16 - and KDC-10 detachment. Three years later he was deployed as deputy detachment commander to Kabul, Afghanistan, planning the assets of Dutch C-130 aircraft. 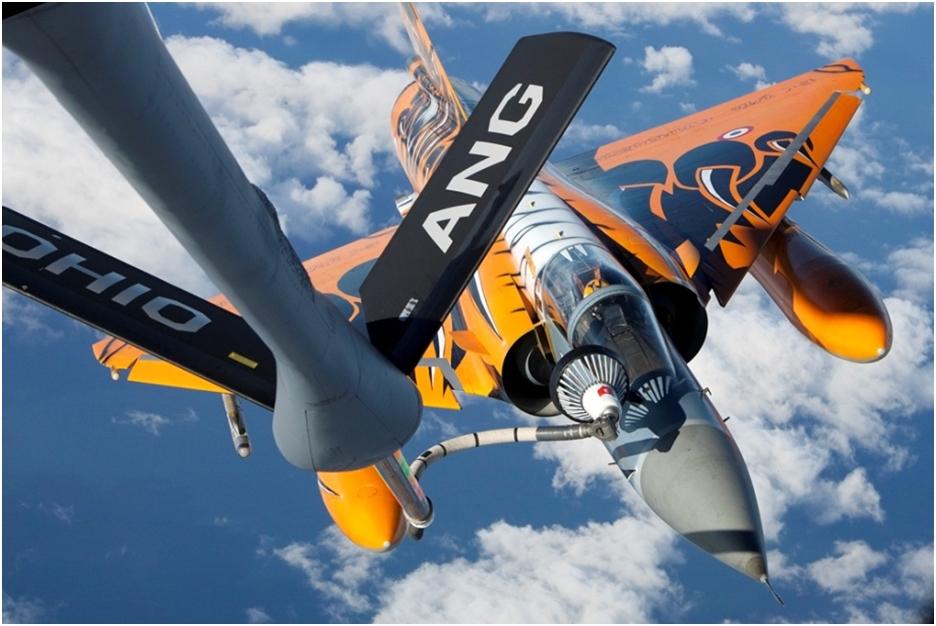 In fact photography is one of his other hobbies, not only focusing on aviation but also on a wide variety of other subjects. Obvious favourites are his three children, which he adores. Without doubt his family is the most important part of his life. But because working shifts have effect on his family life, he cannot always join the family during weekends or special holidays. On the other hand this is compensated by the fact that the shift system enables him to spend time at home with his family during normal weekdays. This makes it often possible to bring the children to school and pick them up again. In order to stay in good physical shape he runs about 10km at least twice a week. He is also the driving force behind a Mission Control running team which participates in the Eindhoven Relay Marathon.
Work or passion… who dares to know the right answer? 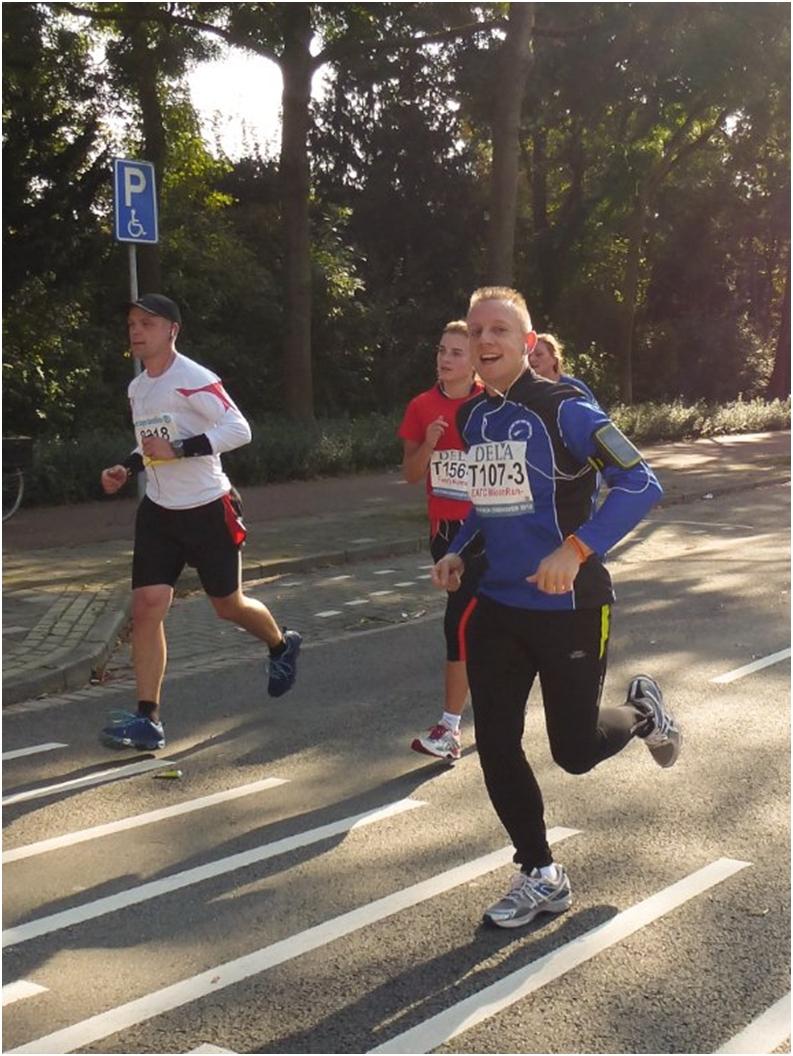 Find more portraits of people within the AT-world here.