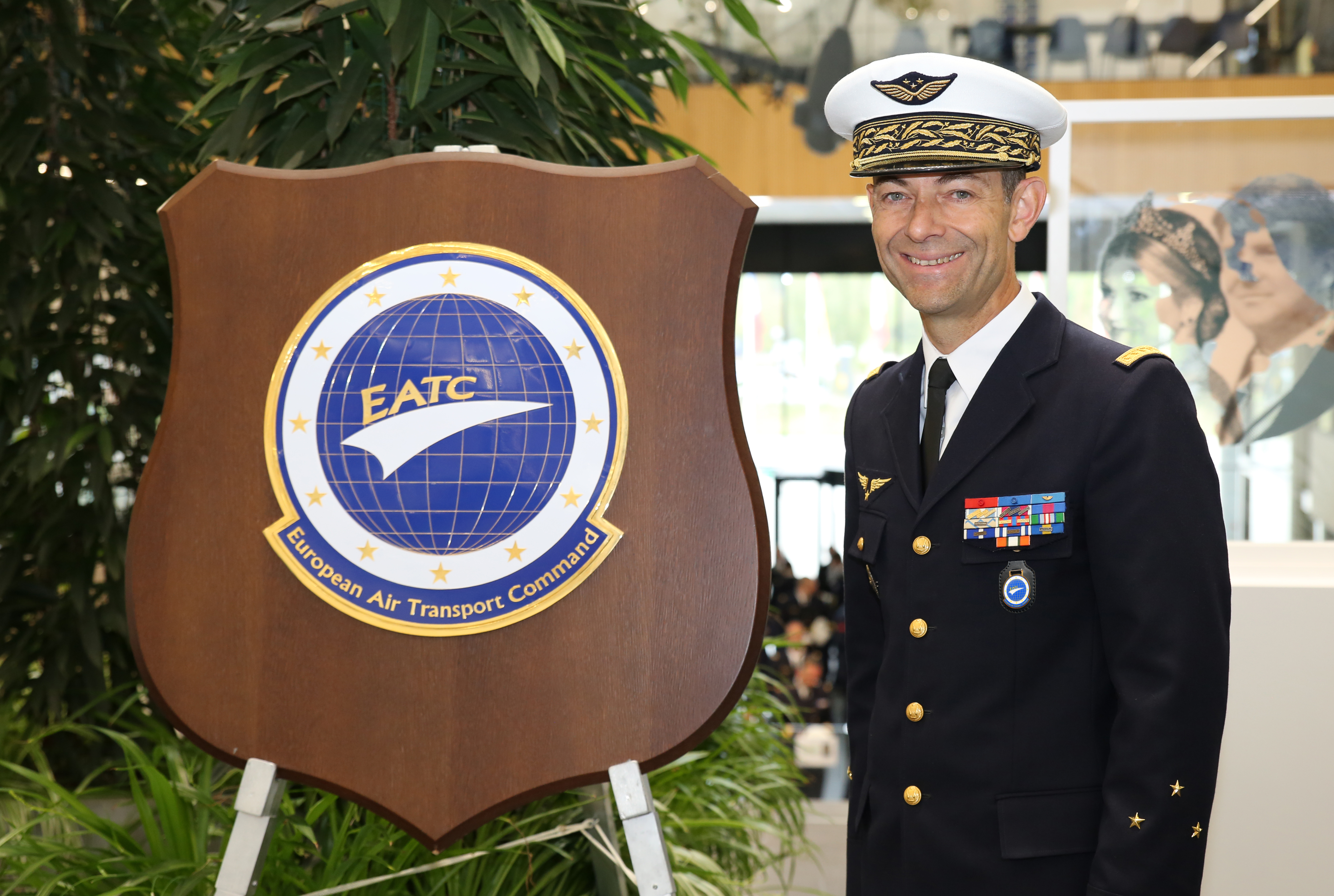 On 03 September 2018, French Major General Laurent Marboeuf took the command of EATC.
Major General Marboeuf, a highly recognized transport pilot, will be the fifth commander of the EATC. As former Air Mobility Brigade Commander at the French Air Force Command, Major General Marboeuf is a fine connoisseur of EATC. He takes over at a moment when EATC is preparing the introduction of the MRTT fleet and consolidating the ramp-up of the A400M fleet with five EATC member nations*.

On 31 August 2018, the EATC personnel also bid farewell to the outgoing commander, Major General Pascal Chiffoleau, and wished him all the best for his well-deserved retirement. Major General Chiffoleau commanded EATC since July 2017. He knew EATC perfectly well as, prior to his command, he served a three years term as EATC deputy commander and chief of staff.

The EATC commander and chief of staff positions rotate between France and Germany. In 2020, a German commander will lead EATC and the chief of staff will be transferred to a French Brigadier General.

* Germany, France, Spain and as of 2020 Luxemburg and Belgium