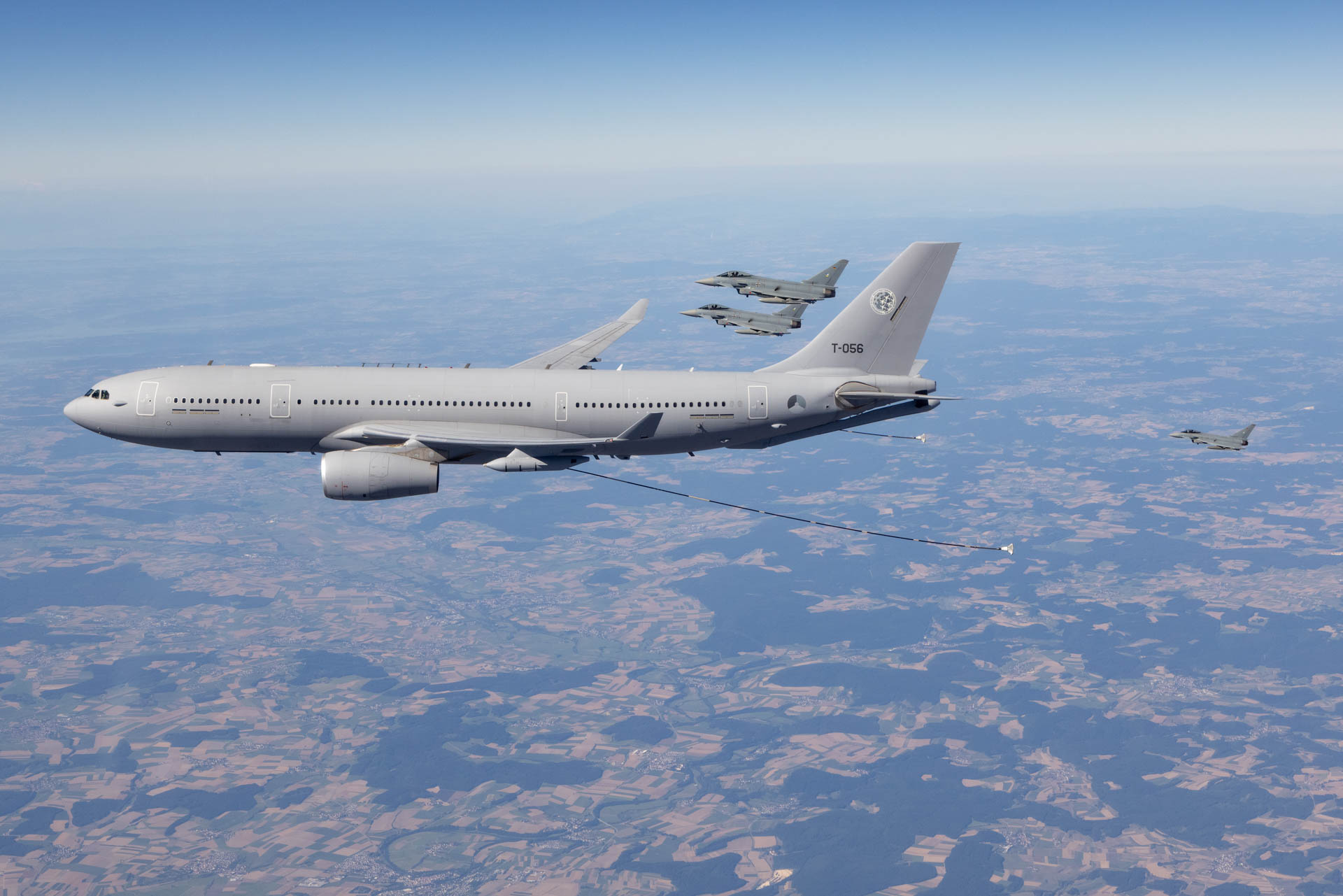 When the German Air Force decided to demonstrate its operational readiness to deploy within 24 hours to the Indo-Pacific, they engaged as usual EATC to support this complex and elaborate exercise, called Rapid Pacific 2022.

Major Marcello from the Italian Air Force, former KC-767A pilot and EATC AAR tasker since 2021, was engaged with the project right from the beginning. “We were enthusiastic when we received the German request to facilitate Rapid Pacific 2022. What a challenge to plan and task three A330 MRTT* air-to-air refuelling six German Eurofighters, on their way to Singapore in only 24 hours, and afterwards to Australia!”

Major Marcello explains. “The AAR tasking cell was the focal point between the  tankers and the receivers, coordinating the route and the specific AAR rendezvous’ and then reserving airspace for the actual air refuelling. Our role was to make the AAR plan workable. We also had to ensure a close coordination in-house with our colleagues. For instance, our “mission preparation” section gave particular attention to the diplomatic clearances, in particular because of the complex routing. Another special focus was the accurate planning of the rotation of  the crews during the stopover at Al Dhafra airbase, halfway to Singapore and the parallel planning of the German A400M** logistical missions.”

During the entire exercise Rapid Pacific 2022, the A330 MRTTs and the A400Ms are under EATC’s operational authority. However Major Marcello insists that “the final decision always lies with the air forces and the units, but we, here in EATC, are the experts, giving advice, planning the details and tasking the units accordingly. And when this is all done, EATC’s mission control leads the mission to success”.


* Stationed with the multinational MRTT unit (MMU) in Eindhoven and Cologne. Germany is one of the six member nations of this unit.

** The German Air Force participates in two international exercises in Australia with 250 participants.