Subject matter experts (SMEs) and headquarters' representatives from all the EATC Participating Nations met at Eindhoven Air Base to discuss all the studies run by the functional division of the EATC. The ultimate goal of these studies is to improve standardization and interoperationnality between the different participating nations and thus contribute to the main purpose of the EATC: make Air Transport in Europe more effective and as efficient as possible.

After introductory words by Brigadier General Pascal Chiffoleau, Deputy Commander and Chief of Staff EATC and Col Jim Kolm, Deputy Division Head of the Functional Division, the different studies’ leaders presented or updated the SMEs on the status of more than 20 studies, all of which coming out of the technical/logistical, employment as well as training and exercise domains.
The purpose of every on-going study was addressed together with their respective benefits, feasibility and complexity. Studies were evaluated and reassessed - together with the interest of the single nations participating.
After very interesting and but also controversial discussions the audience decided on how to proceed with every single study.

At the end of the conference, from the initial 27 studies addressed, 6 have been frozen (most of the time because it is too early to come to a result), 8 have been closed (because the goal was achieved) and 13 studies are still running.

The Functional Division of the EATC will now work during the next few months on these studies. The subjects cover a broad variety of areas as common ground operations manual, cross parachuting regulations, load planning software, etc... 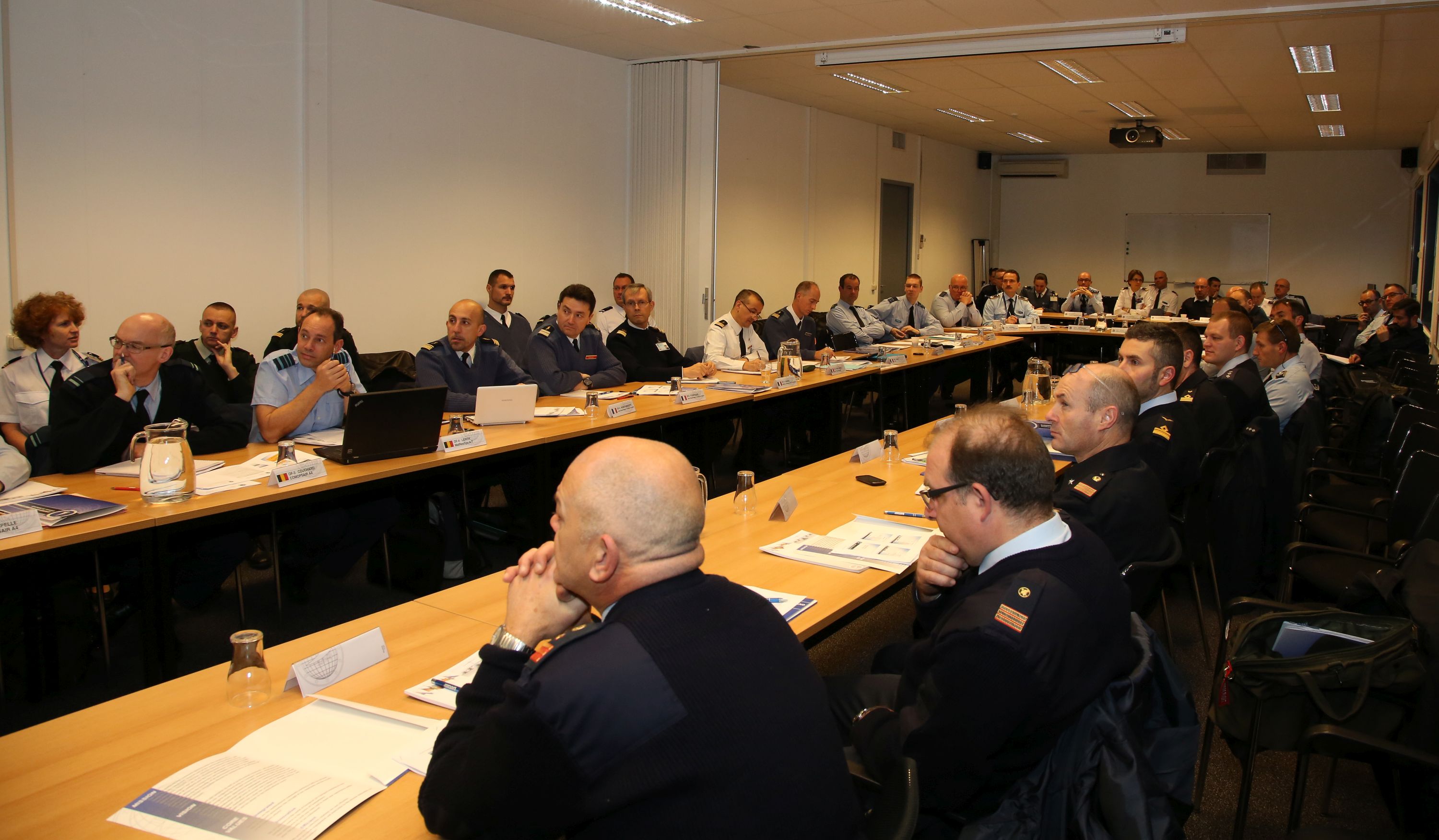