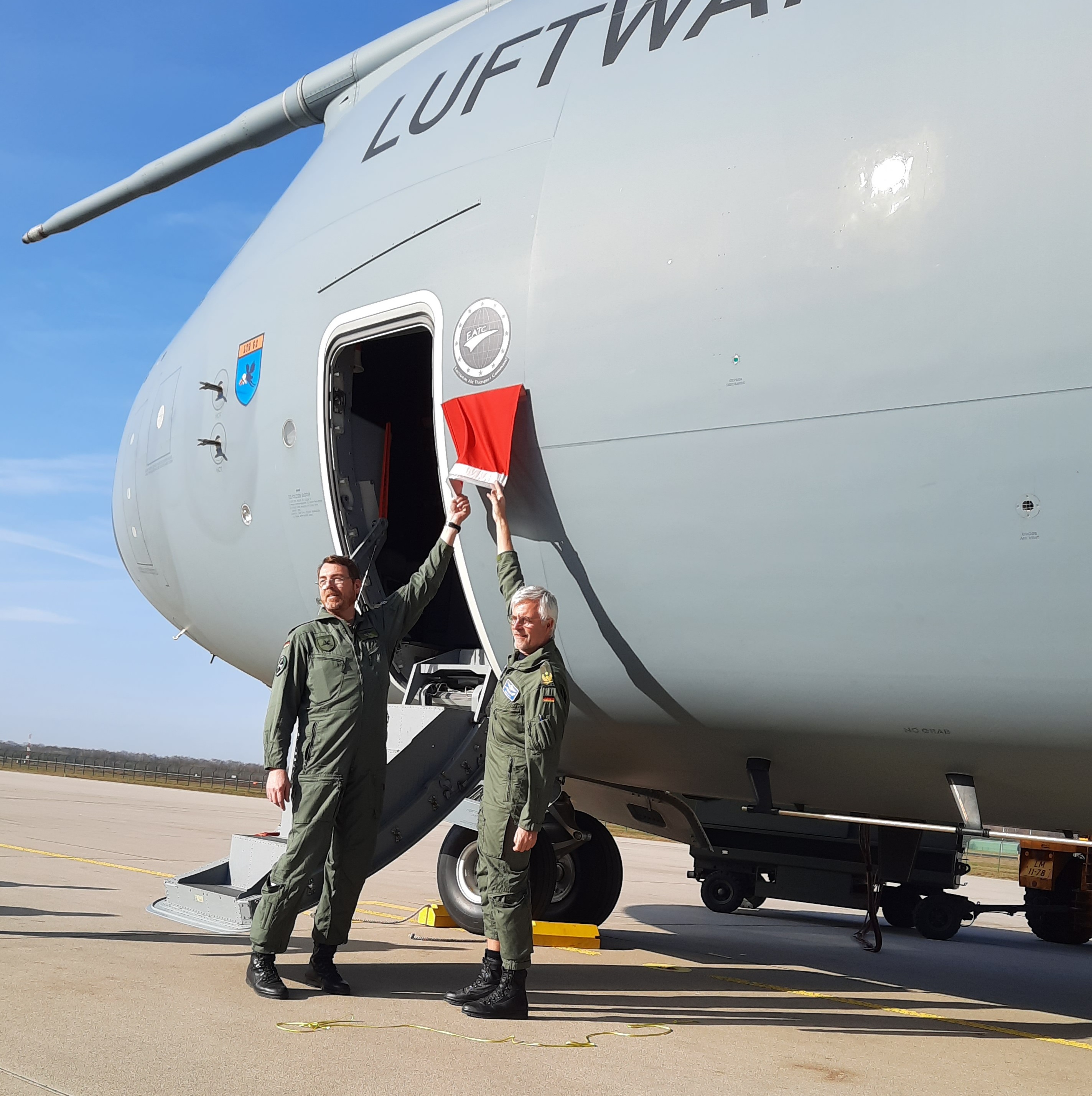 On 25 February 2021, Major General Andreas Schick, Commander EATC, attached a sticker with the EATC logo on a first A400M commanded and controlled by EATC: the German A400M registered under the number 54+19.

The aircraft stopped-over at Eindhoven Airbase with the sun blazing in a perfect blue Dutch sky. General Schick and the Commander of the LTG62 Wing*, Colonel Chris John, earmarked the aircraft with a large EATC logo, underscoring the command relationship and the close link between EATC, the German LTG62 and the A400M.

The notion comes from the origins of EATC in 2010: the Belgian air force earmarked among others their C-130 aircraft commanded by EATC with similar logos. The idea was tabled again with the introduction of the new generation fleet. For example, the German air force intents to tag all A400M aircraft, thus highlighting the trust and confidence paired with a strong relationship.