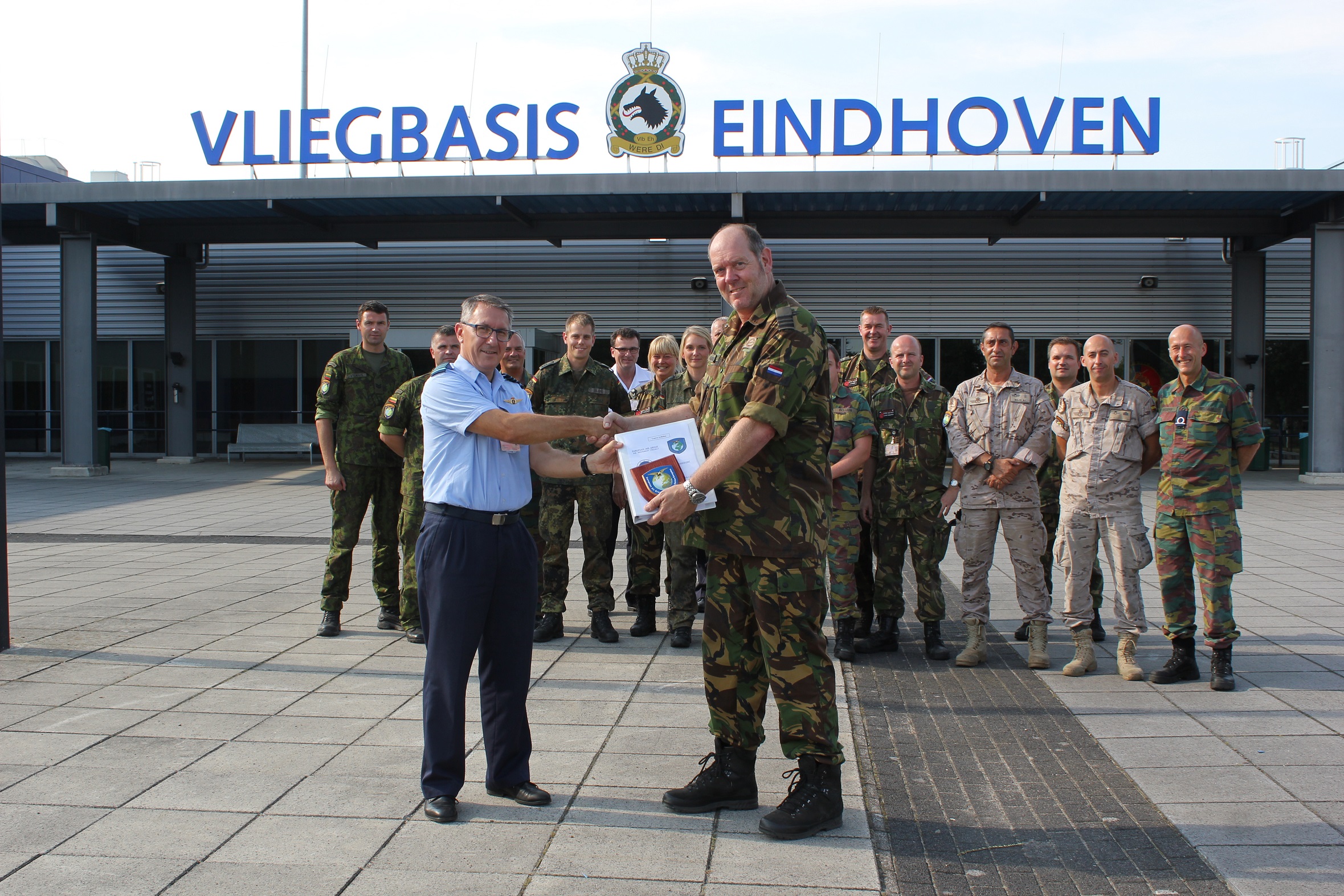 EATC INCREASES THE RANGE OF ITS COURSES

On Thursday 15  September 2016, EATC took over from the European Air Group (EAG) the lead of the Advanced Interoperable Load Management Course  (AILMC) and the Force Integration Training (FIT).  Major Richard BRANDWIJK,  representative of EAG, officially handed over the responsibility of the two events to Colonel Patrick MOLLET, EATC’s newly appointed Head of Functional Division.
Both organizations have always shared areas of interest in the air transport domain. In this respect EAG and EATC co-organized in 2016 the AILMC and FIT. With the official take-over, EATC increases the range of its cross-national training and exercise platform and reinforces its role as a center of expertise for air transport.
AILMC and FIT are open to EATC members but also to any interested non EATC nation. EATC is committed to increase interoperability between the nations, to build up a toolbox to enable future common operations and to deal more effectively and more efficiently with future challenges.

The Advanced Interoperable Load Management Course
The AILMC took place from 5 to 16 September 2016 at Eindhoven airbase and was hosted by The Netherlands.  The course was introduced in 2010 by EAG. It aims at training handlers in a multinational framework, strengthening existing skills and improving interoperability within the nations. It offers both academics and on the job-training covering the whole scale of handling operations, including training in special procedures such as engine running on/ offloads and winching. The next course is scheduled to take place in June 2017 at Brize Norton Airbase (UK).

The Force Integration Training
The FIT is a basic interoperable training for junior air movements personnel. It aims at providing junior ground handlers with the skills and knowledge necessary to integrate successfully into a multinational environment. The training was introduced in 2011 by EAG and the next training is scheduled to take place in September 2017 at Villafranca Airbase (Italy).