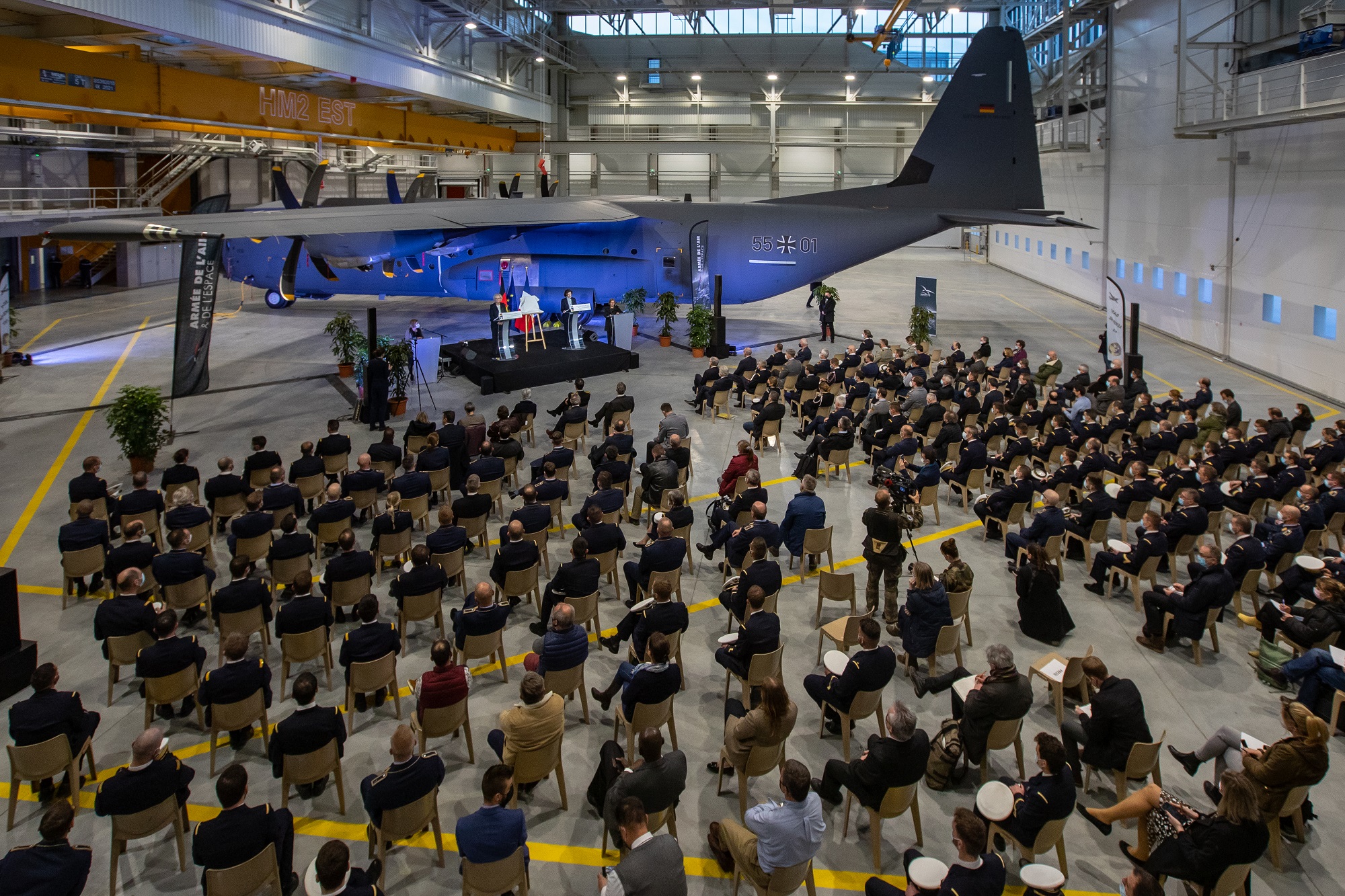 On 09 March 2022, Major General Andreas Schick, Commander EATC, attended the inauguration ceremony of the French-German Binational Air Transport Squadron (BATS) C-130J "Rhein/Rhin". The ceremony was held at the air base 105 in Evreux (France) under the auspices of the French and German Minister of Defence.

The binational squadron is to operate a fleet of ten C-130Js aircraft. French and German members work hand in hand and execute operational missions with mixed teams under the operational authority of EATC. This unique cooperation was born in 2016 with the signature of a French-German declaration followed by an intergovernmental agreement signed in February 2017.

The squadron is already operating two French C-130J-30 airlift types and two French KC-130Js with air-to-air refuelling capabilities. The first German C-130J-30 5930, registration 55+01, is planned to be ready to fly in the coming weeks. Two more assets are to follow this year, whereas three additional KC-130J are expected to be delivered in 2023 and 2024.

In total EATC’s portfolio will include 30 C-130Js, including 10 from the French-German and 20 from the Italian squadron. In principle, they will all be under the command and control of EATC.