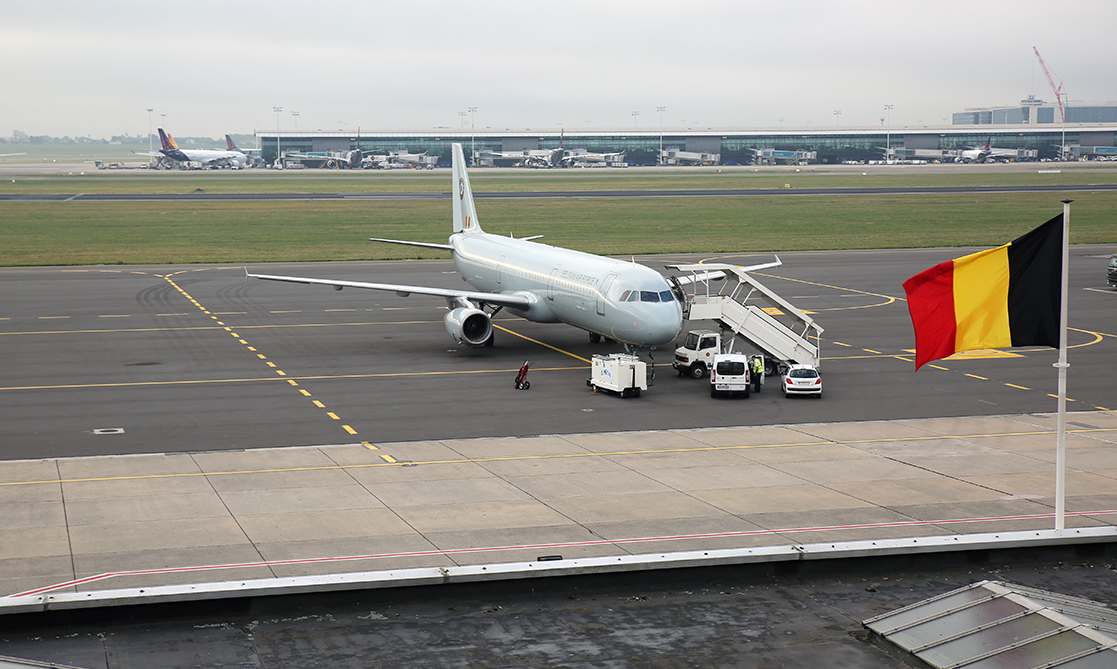 On 12 September 2018, EATC ran a mission on behalf of Spain choosing a Belgian A321 Airbus, the asset that fitted best the requirements for the mission.

The mission: a Spanish sponsored media flight organized by Allied Air Command (NATO AIRCOM) to demonstrate the NATO air policing1. The payment between Spain and Belgium was done through the ATARES2 arrangement and did not imply any monetary exchange.

30 media representatives, among others from 6 EATC member nations, attended the flight together with PA representatives of AIRCOM and EATC as well as with the Commander of the Combined Air Operations Centre (CAOC) Torrejón.

The Belgian A-321 Airbus took off from Melsbroek Air Base (Belgium) to the CAOC in Torrejón (Spain) via Germany, the Czech Republic, Slovakia, Hungary, Slovenia, Croatia, Italy and France and flying back to Brussels crossing the English Channel. En route, starting with the Benelux, NATO fighters conducted training intercepts of the A-321 and hand-over procedures. With this media flight, AIRCOM demonstrated multinational cooperation within the field of air policing among the Allies.

2 ATARES (Air Transport & Air-to-air Refuelling and other Exchange of Services) is a cashless exchange system for air transport services. It facilitates mutual support between countries through the exchange of services, without any monetary exchange. An EFH (Equivalent Flying Hour C130) is the main currency used between the member nations of the EATC to support each other.