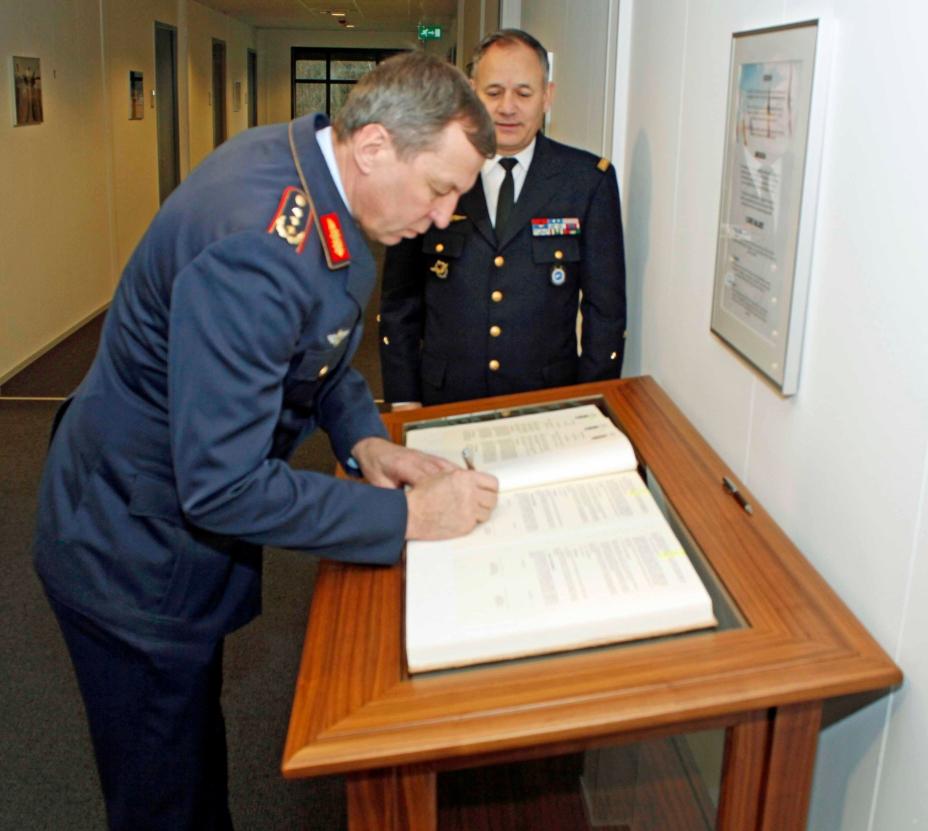 On Tuesday, 17th of December 2013, the Commander of the European Air Transport Command, Major General Pascal Valentin and the Executive Director of the Joint Air Power Competence Center (JAPCC), German Lieutenant General Joachim Wundrak met at the EATC to sign a Letter of Agreement (LoA) between the JAPCC and the EATC, formalising the cooperative working efforts between the two organisations.
Since the establishment of the EATC in 2010, EATC and JAPCC have cooperated closely in a number of topics in the areas of air transport, aeromedical evacutation and air-to-air refuelling (AT, AE & AAR) such as the A400M Operational Users Group, the MRTT/AAR Operational Employment Working Group and several training & exercises (EATT and EAATTC).
With their signatures on the LoA both Generals expressed their confidence that the synergies between JAPCC and the EATC will contribute significantly to better support their member nations’ employment of AT, AE & AAR capabilities.