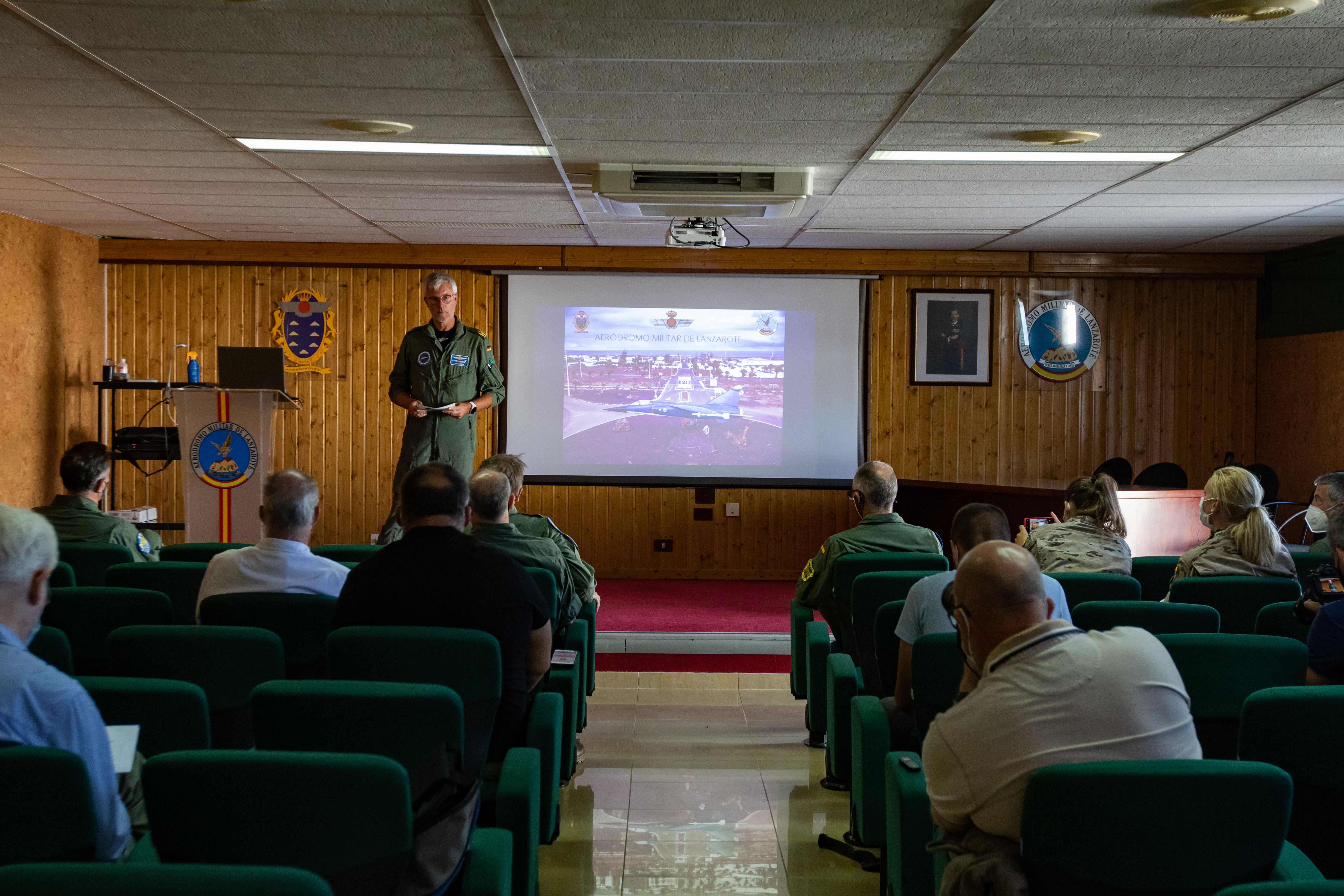 From 25-27 October 2021, Major General Andreas Schick, Commander EATC, visited EART 2021 at Lanzarote airbase. He met with the EATC experts who led this multinational training, discussed with the Spanish and French air and maintenance crews and interacted with the German A400M maintenance team. General Schick also seized the opportunity to fly with the French A330 MRTT providing air-to-air refuelling to Spanish Eurofighters and F-18s within a complex tactical scenario.

Training in a multinational environment, with various types of tankers and receivers in challenging scenarios is the “cherry on the cake.

The Commander EATC thanked the host nation for the excellent cooperation, and in particular the Chief of Staff of the Spanish Air Force Operations Command and the Base Commander of Lanzarote Airbase, for their outstanding hospitality and their great support to EATC and to EART. He underlined that “Spain gratefully offered us the opportunity to organise for the first time an EART exercice out of our home base in Eindhoven. (…) After six editions operating from the same spot, we had to rethink as we faced a new location, new partners and different logistic challenges.”

MG Schick is proud of EATC’s achievements. To him, EATC proved the capability to conduct an “out of area deployment”, operating outside the premises in the Netherlands. This experience will be of utmost importance for operations in times of a crisis.

When addressing the journalists present at the airbase, he stated that the EATC portfolio has significantly enlarged with the recent introduction of the A330 MRTT and the KC-130J and the A400M reaching full AAR capability. EATC has grown to being a major AAR force provider with large operational options and reinforced operational effectiveness. He concludes that “just having the assets available is only one side of the coin. Our responsibility is clearly to provide our nations with tactically trained and skilled crews and to harmonise procedures in the air and on the ground.”