EATC organises a Media Day in cooperation with Eindhoven Air Base

Some 40 media representatives took part in media activities organised throughout the day on the 29th of March. They had an inside look into the fourth European Air Refuelling Training, EART 2017, held at Eindhoven Air Base.

The Eindhoven Air Base commander warmly welcomed the participating media representatives. Then they were informed on the specifics of EART 2017 by the Exercise  Director and by the Dutch Project Officer for EART 2017. The EDA Director “Capability, Armament & Technology” highlighted the role of EDA in the air-to-air refuelling domain.

The day was followed up and ended with a static display and Media Flight on the German A310 or the Italian KC-767 tanker aircraft.

Here are the personal impressions of one of the “public affairs” representatives who participated in the media day.

After the obligatory check in procedures, I received an opportunity to see the static display of all available tanker aircraft. This was an impressive experience to a novice like me as we could have a close look at the tankers and of course take great pictures.

After the static display, we joined the tanker we were booked on for an air-to-air refuelling flight. I had the chance to fly on the KC767 of the Italian air force. This was a unique opportunity to talk to the crew and get first-hand information on this impressive tanker, on air-to-air refuelling techniques, and on the personal experience of EART2017 for the crew.

After one hour in the air, fighter jets approached in close proximity to the KC767. This is very impressive to see for the first time. And it gave me an excellent opportunity to shoot some beautiful pictures.

The fighters being French, we got to see one of the multinational character of this training, building up interoperability between the partners. I was extremely impressed by the realistic fighter operation scenarios that EART offers the tanker crews during the training. Here you can see really the meaning of train as you fight. And in a multinational environment.

The Italian crew also opened the cockpit and the boom operator seat for viewing providing us with even more excellent insights in how multinational this training is, as there was a mentor from the United States on board working hand in hand with the Italian crew.

We landed again after three hours in the air. This experience of participating as an observer in one of the EART operation scenarios on board of a tanker is formidable and spectacular. Thank you EATC and thank you the Italian crew! 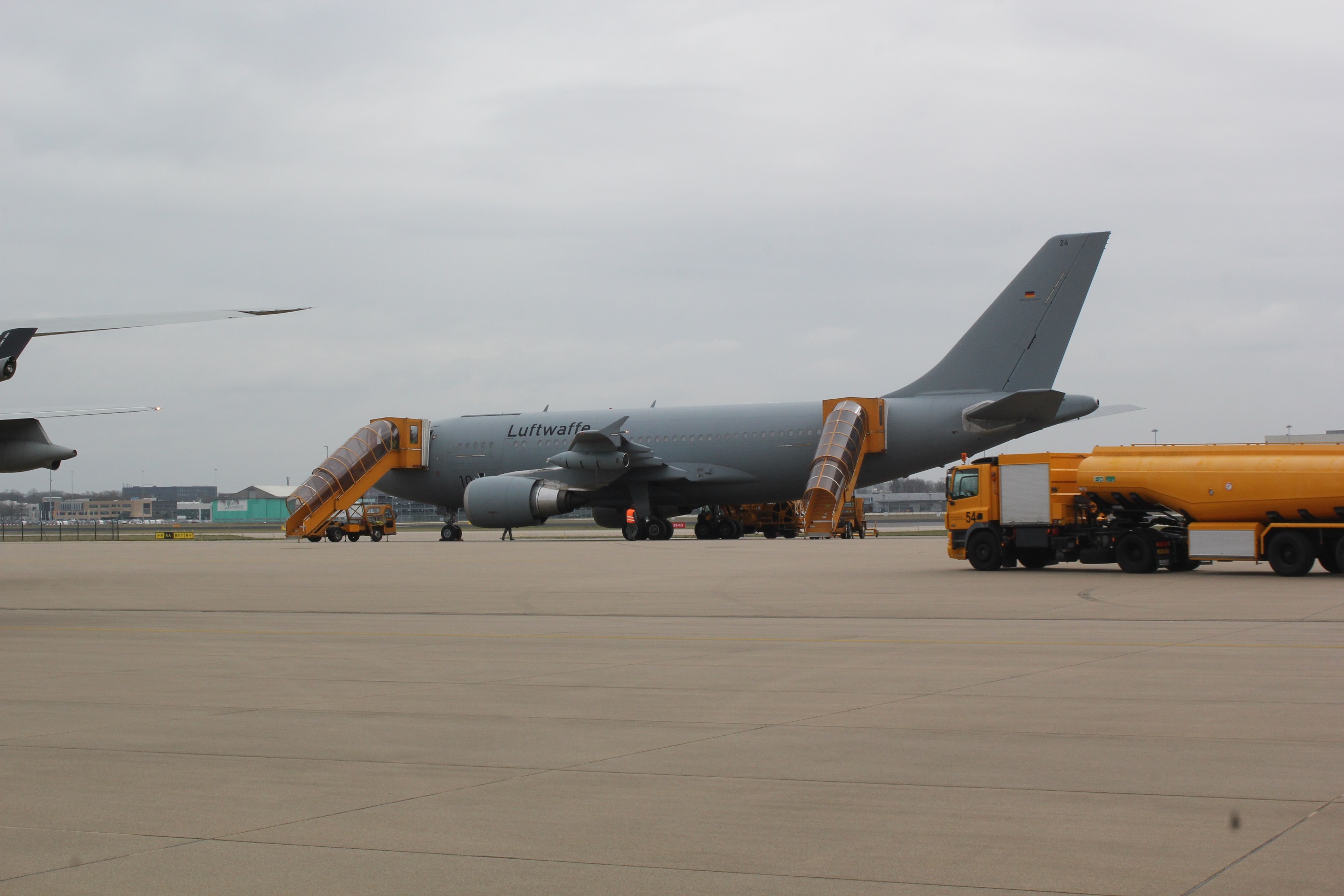 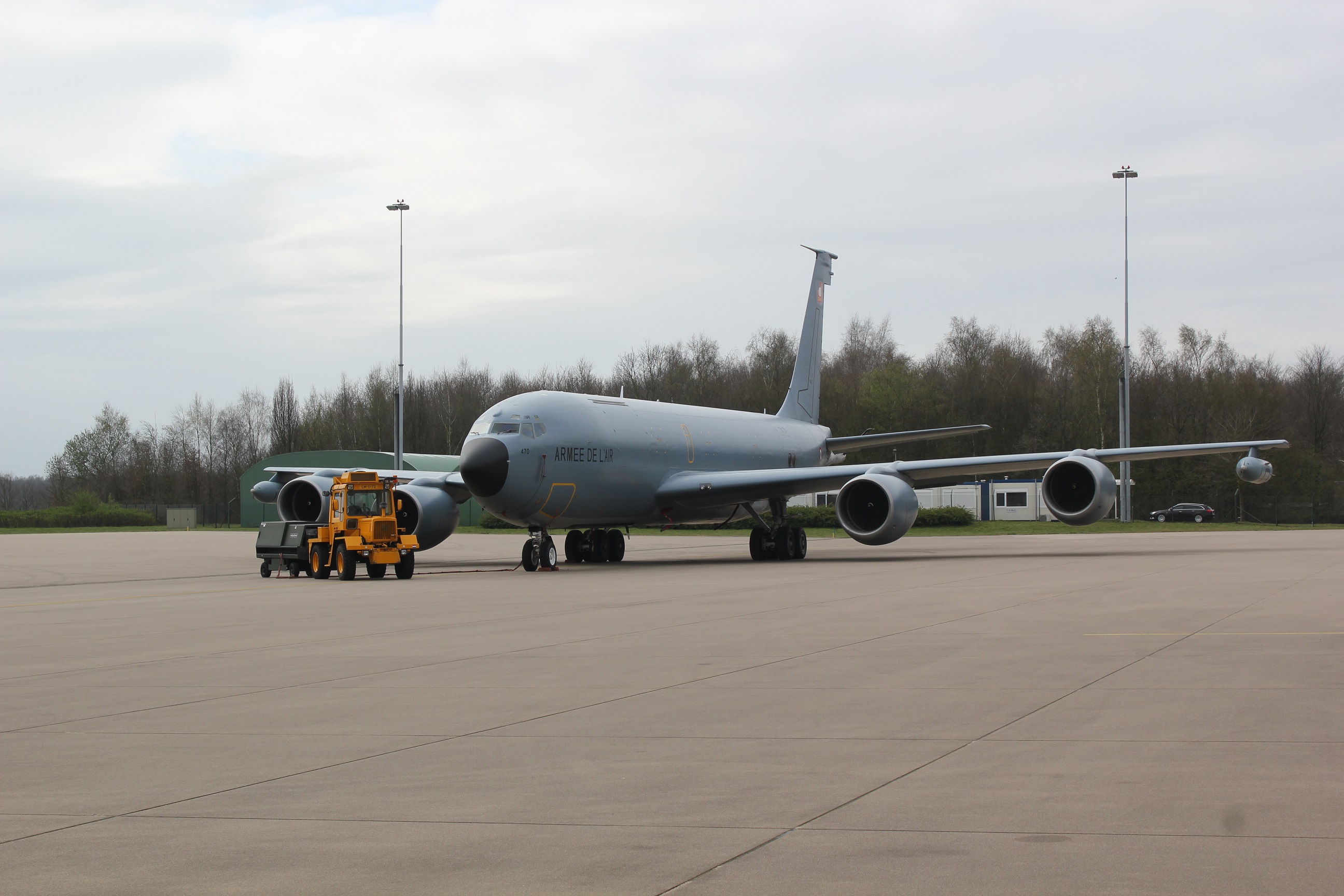 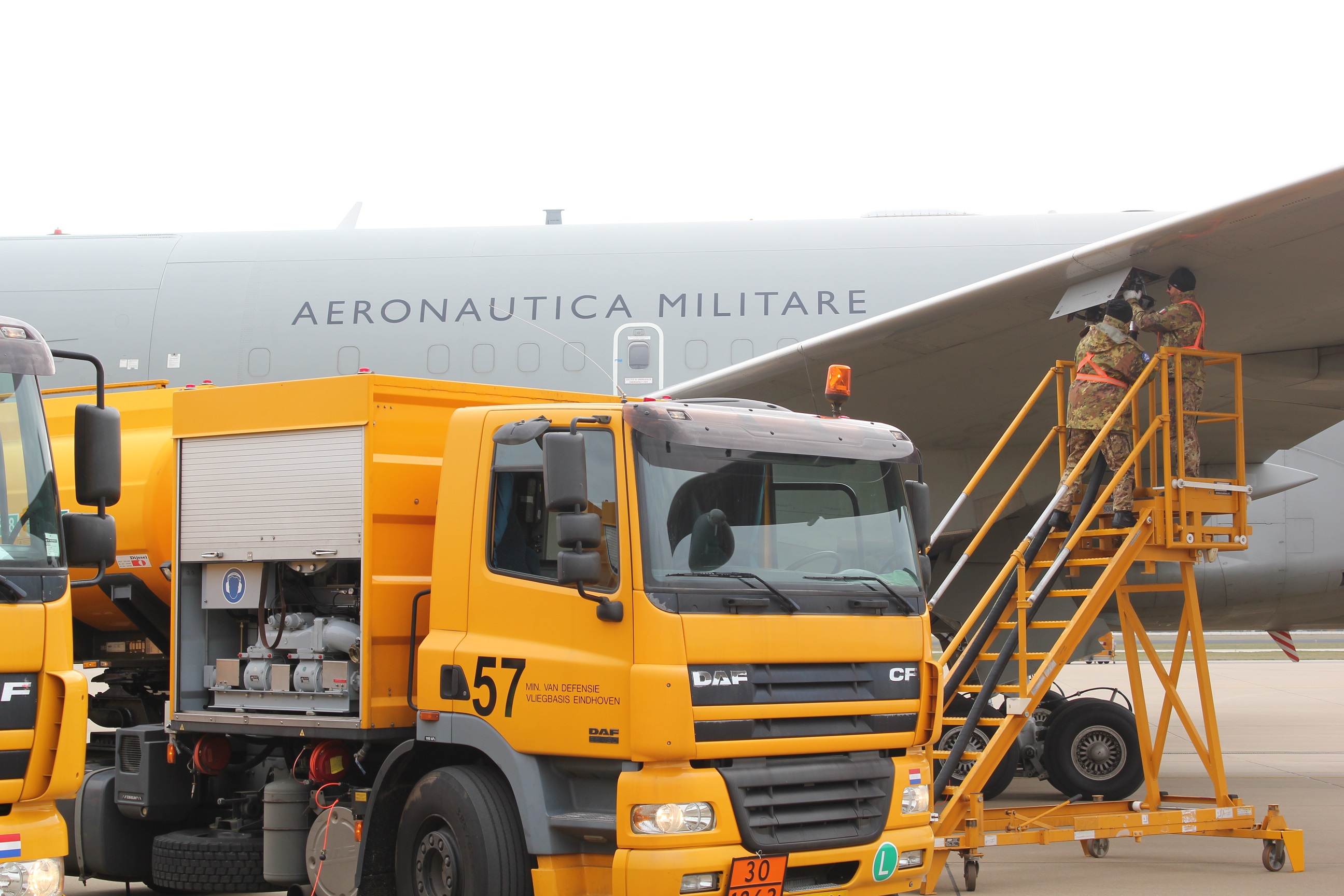 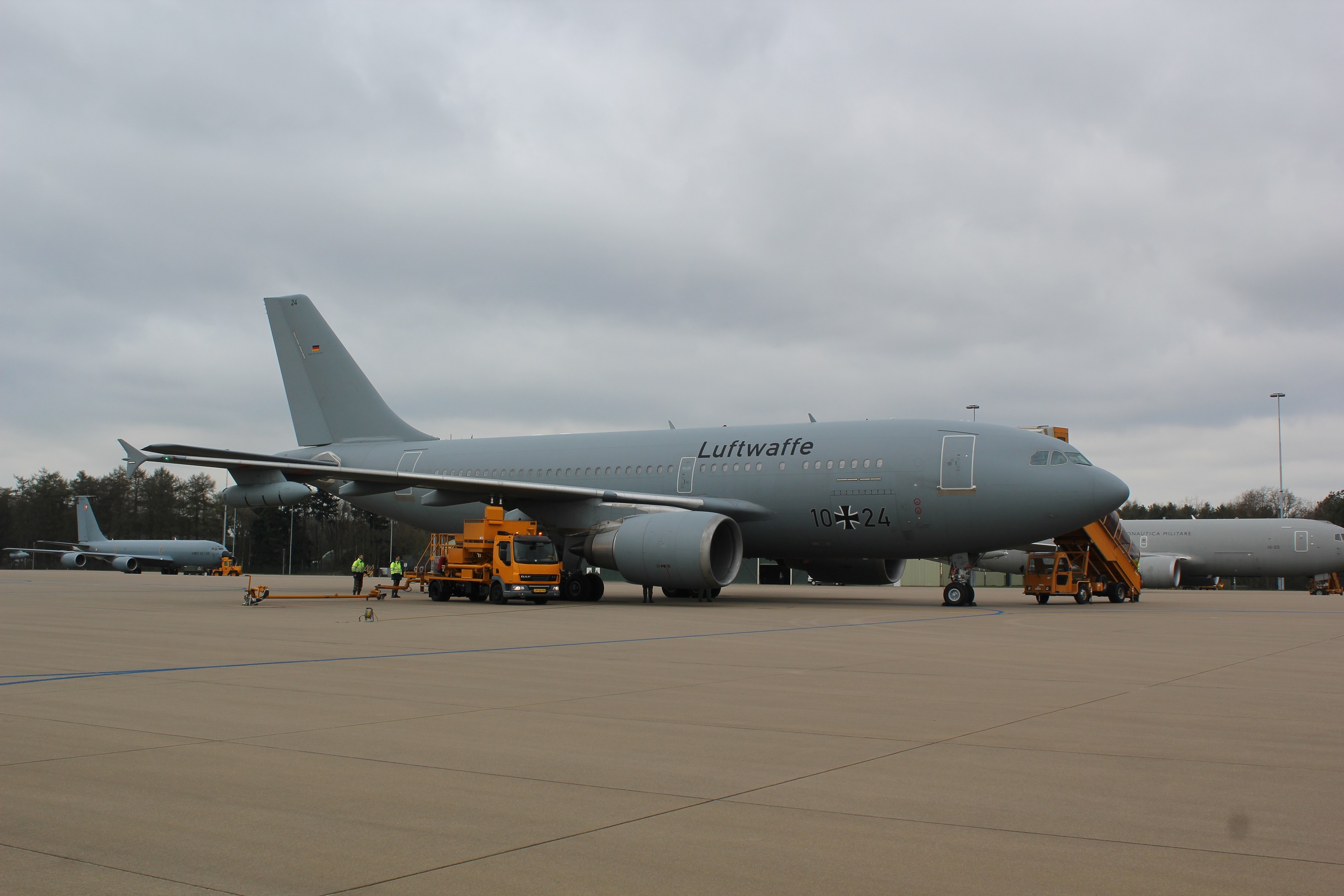 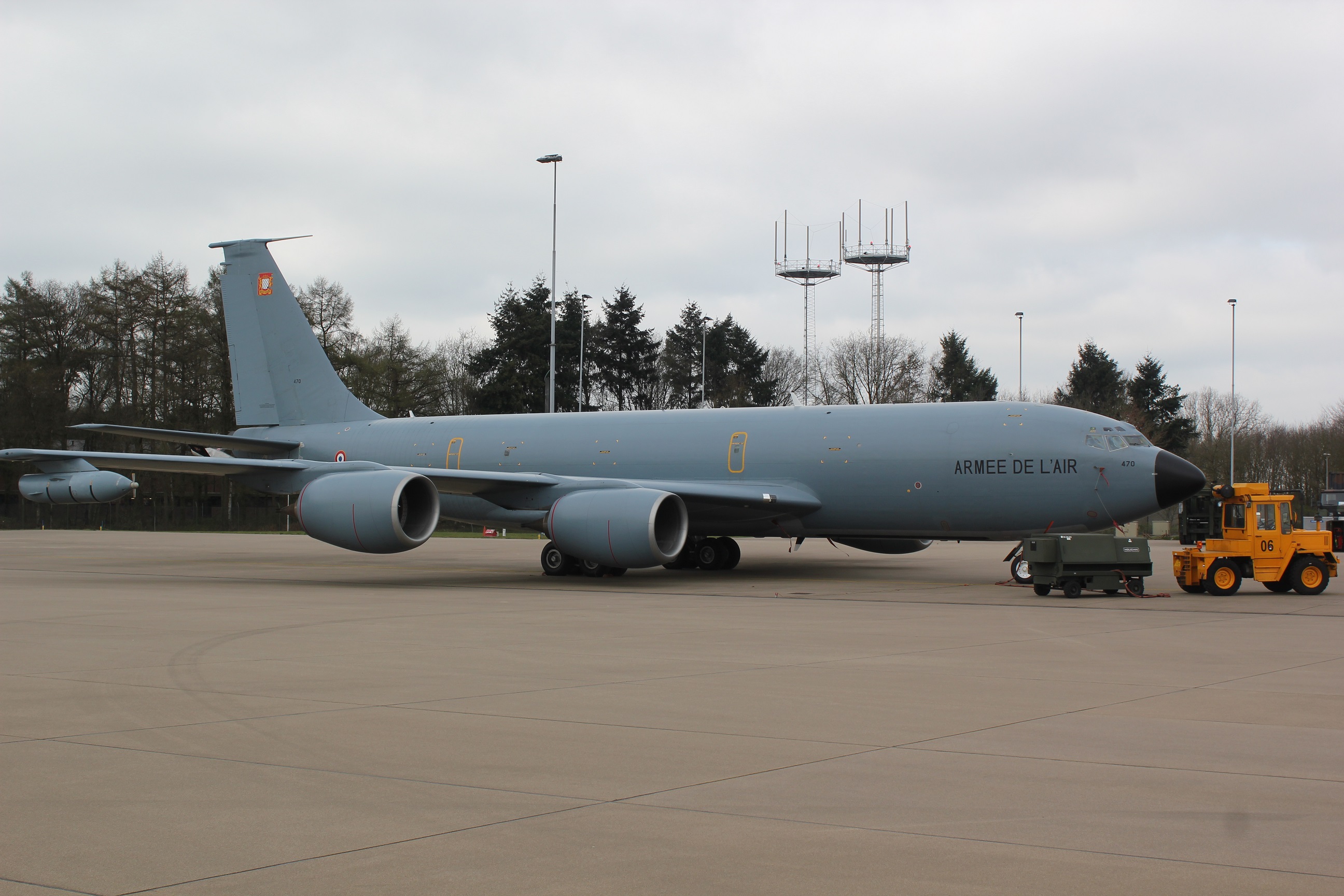 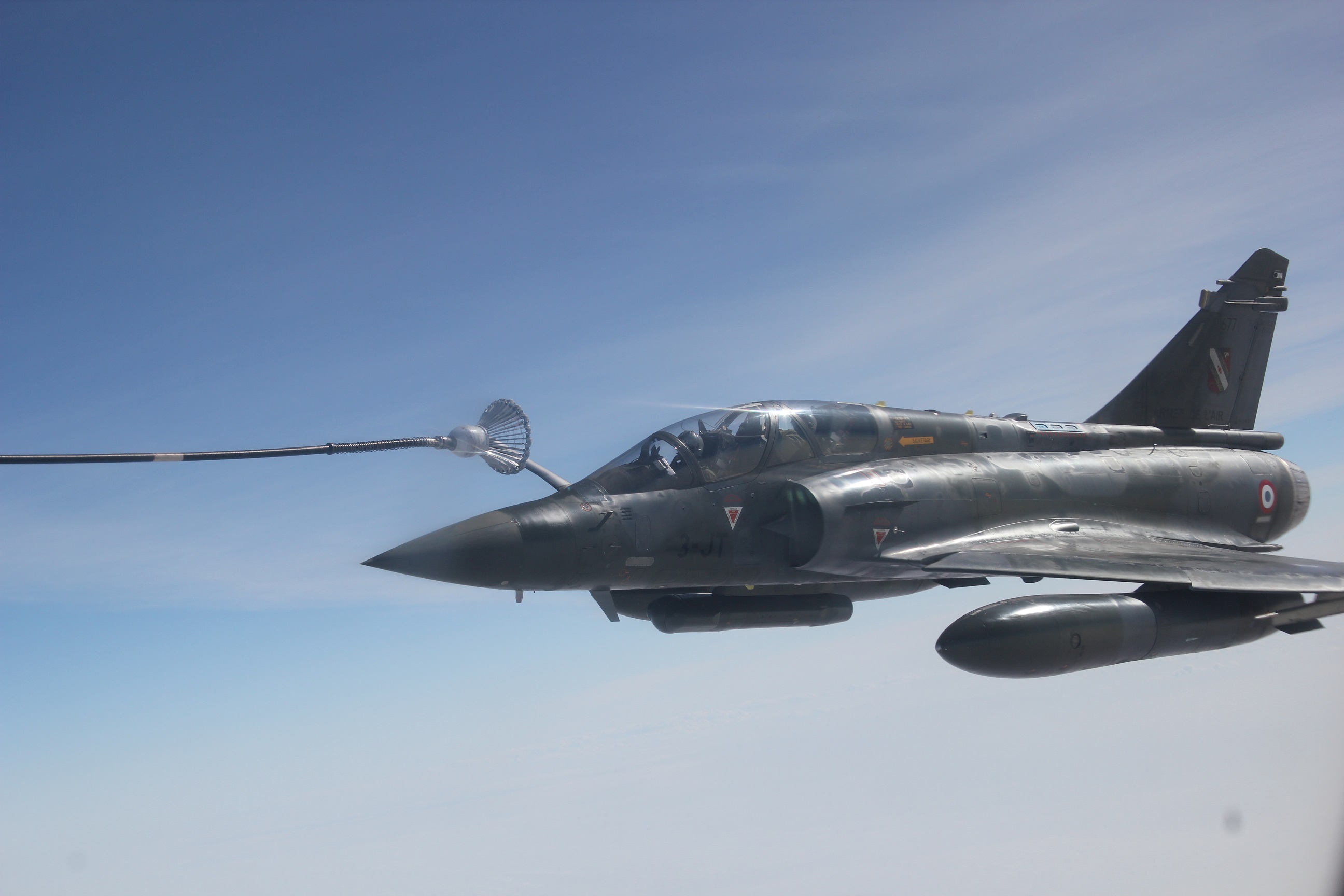