On Wednesday 20 April, F-16 fighters from the Netherlands and Belgium were refuelled by Dutch tanker KDC-10. In total three waves were performed and twelve fighters were refuelled. On the way back to Eindhoven, Dutch tanker trained in formation flying with fellow tankers French C-135FR and German A310MRTT. 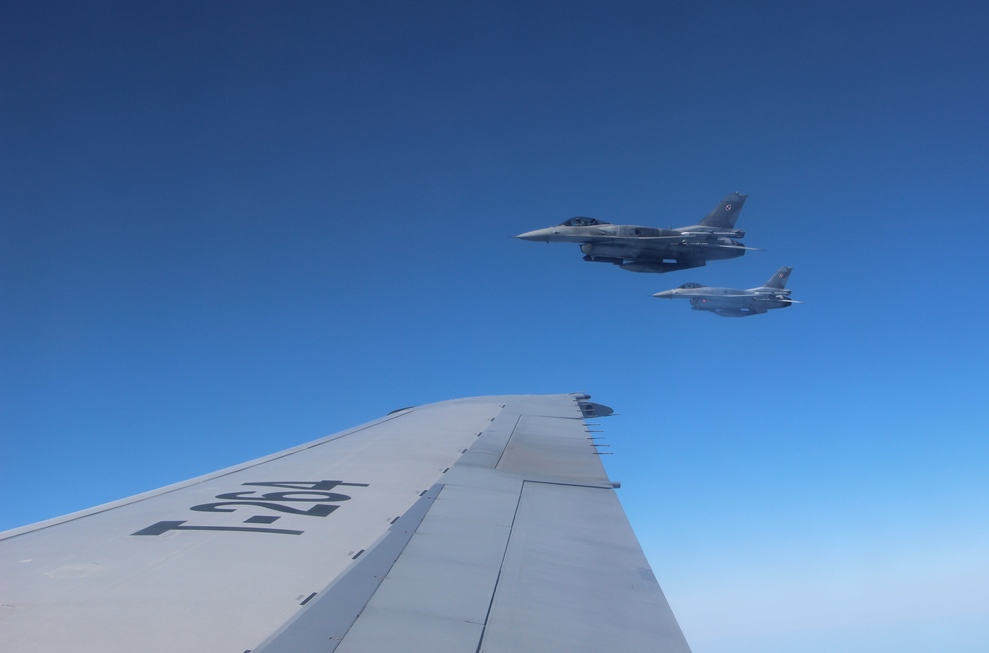 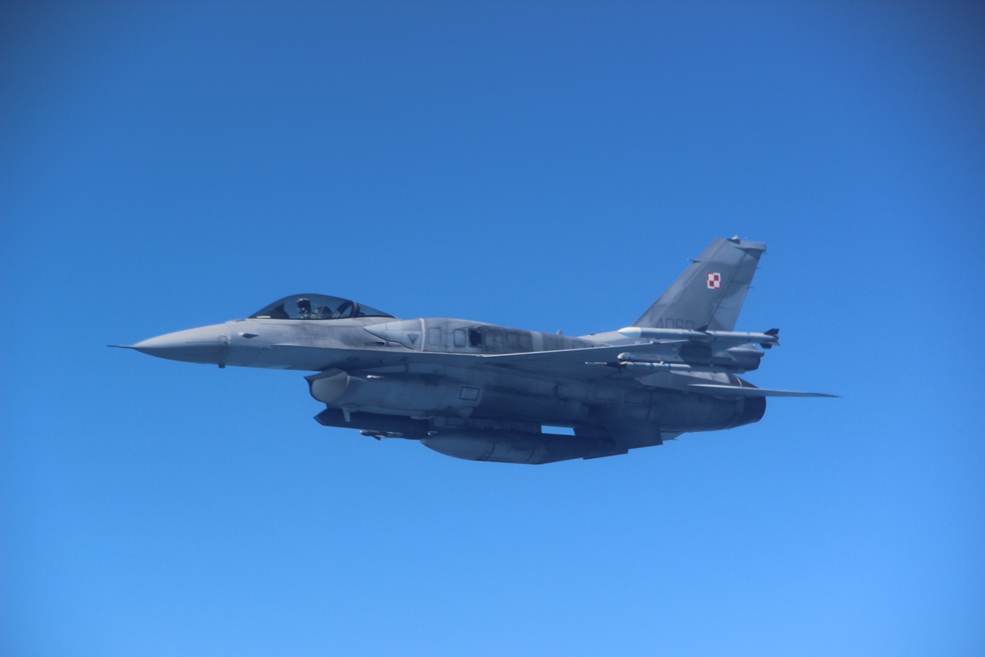 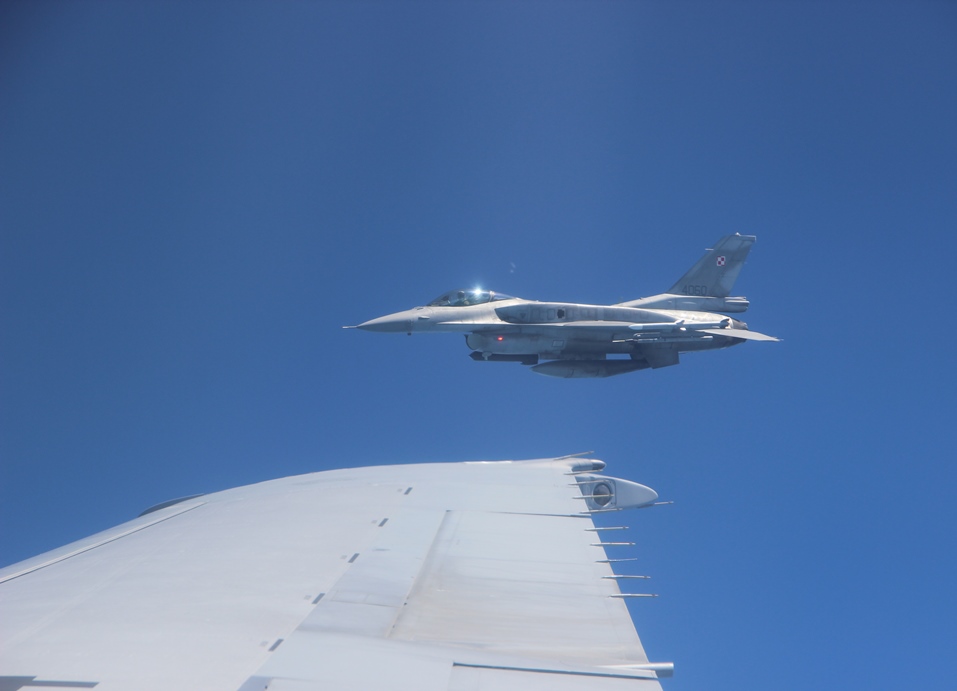 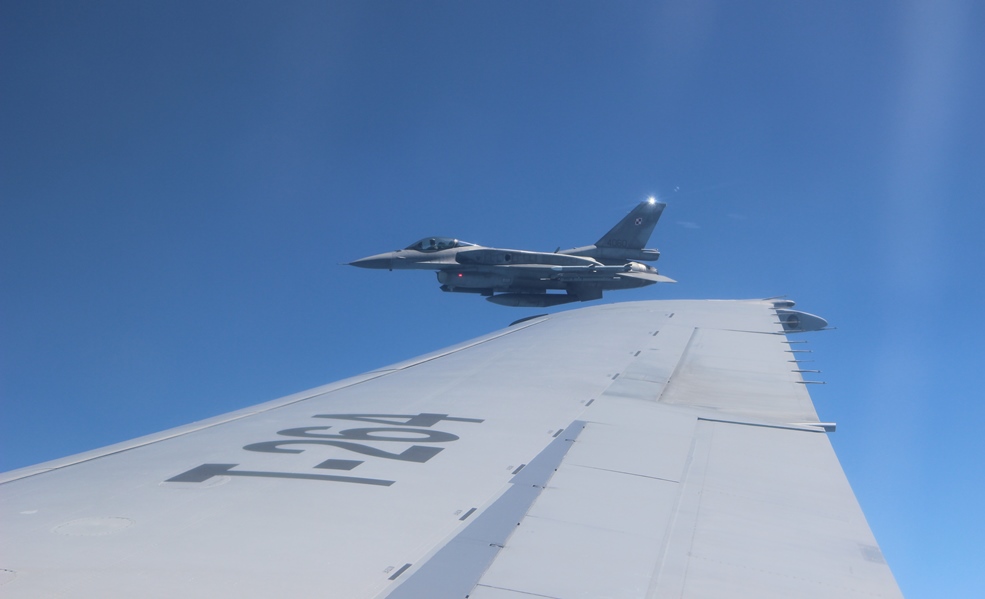 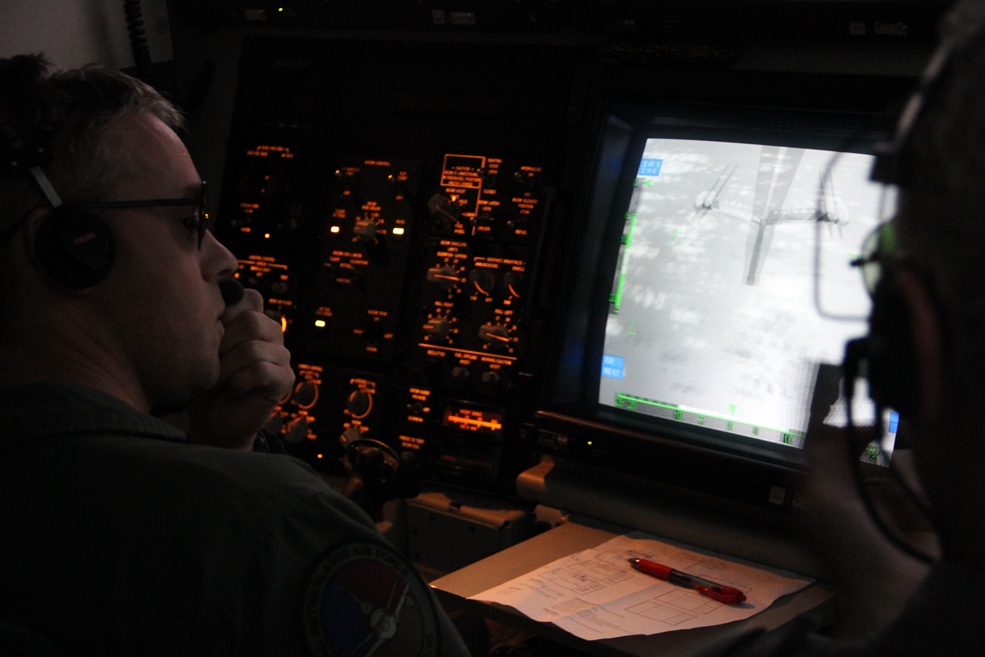 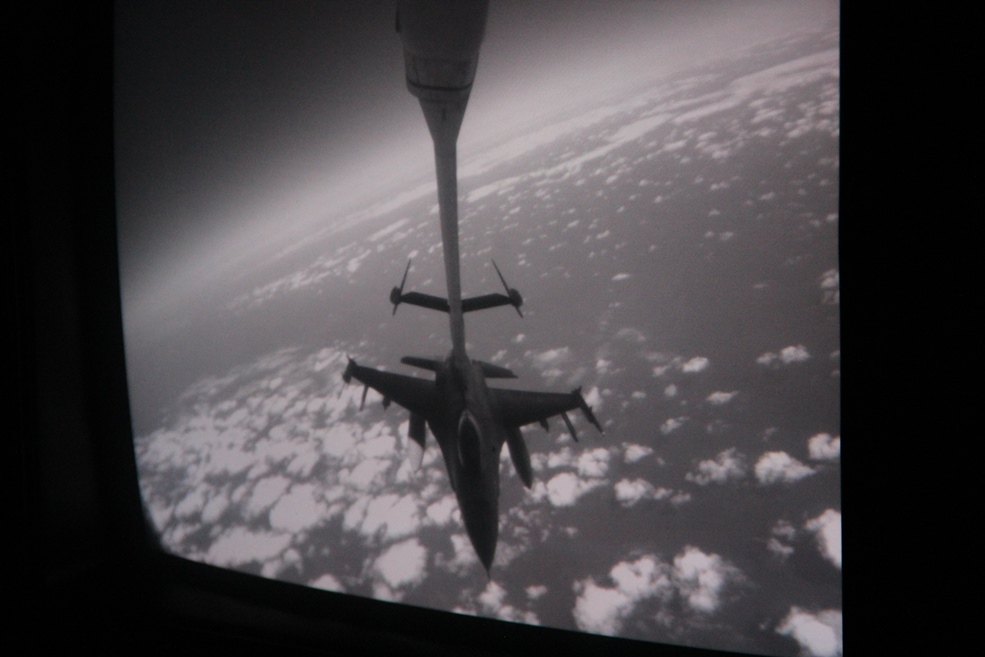 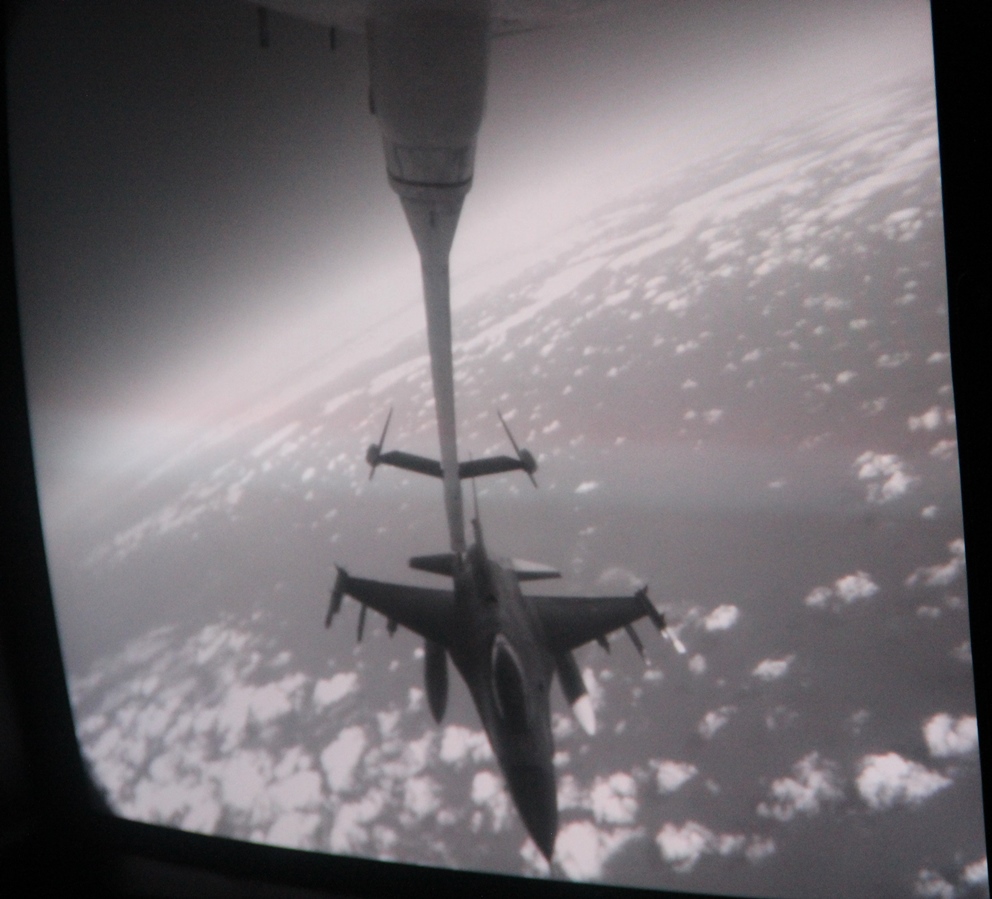 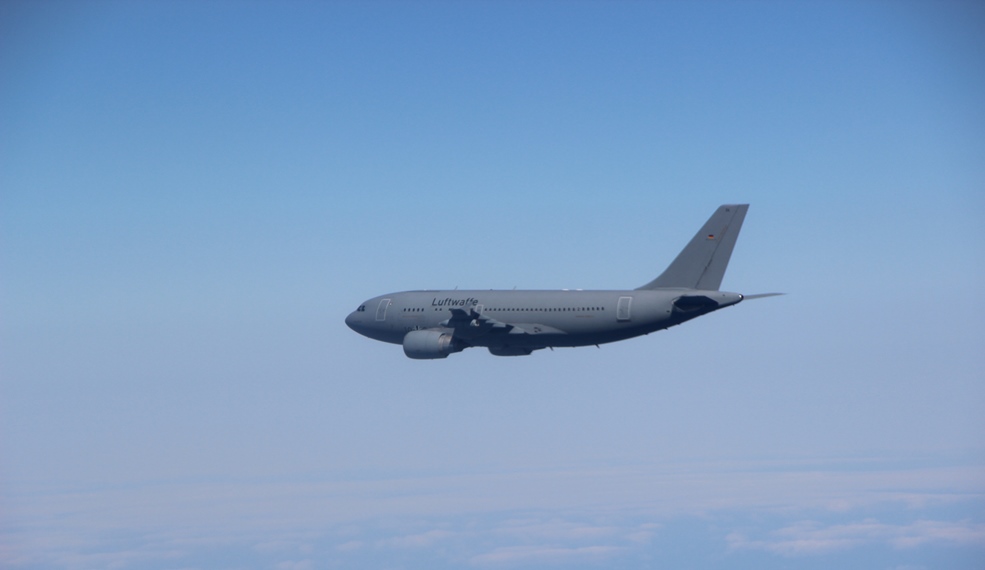