The European Advanced Airlift Tactics Training Course (EAATTC 15-1) will be held for the first time in Bulgaria from 17 March to 3 April 2015.
Aircraft and crews from six European countries are participating: Bulgaria (C-27J), Czech Republic (C-295), Germany (C160), France (C-130), Italy (C-130J) and the Netherlands (C-130). The programme of the training will include academic course and basic flying sorties during the first week, followed by more complex missions involving low-level flights, air-to-air as well as surface-to-air threats, and maximum effort landings during the second week.

Initiated at the European Defense Agency (EDA), hosted by the Bulgarian Air Force and run by the EATC, EAATTC is conducted under the umbrella of the European Air Transport Fleet (EATF) whose main objective is to increase the European Union's airlift capabilities by addressing shortages and increasing interoperability. 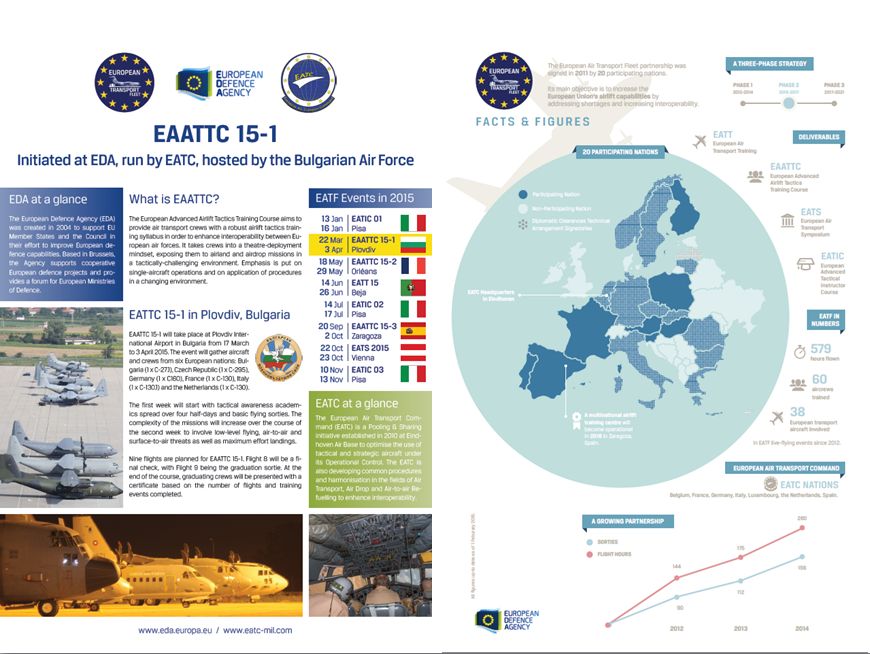