Dropping together, to gather experience

Although parachuting regulations are not mentioned specifically in the EATC mandate, it was considered close enough to Aircrew Regulations to take this matter up right after the inauguration of the EATC. Specialists from four EATC Participating Nations, both aircrew and paratroopers, have been meeting since every six months on different standardisation subjects. Results are also distributed to other nations outside EATC Participating nations and the appropriate NATO working groups.
Again yesterday and today, the working group focuses on common standards for the following missions:
•    Free fall drops
•    Personnel drops using oxygen
•    Gravity extraction aerial delivery

For the gravity extraction subject, the aim is to arrive at a situation where - during an exercise or operation - a single (multi-national) unit can prepare the loads to be dropped without having to look at the nationality of the aircraft performing the drop. The biggest advantage is that last minute changes between nations can still be considered (e.g. an aircraft break down) and hence the unit preparing the drop can be reduced in size.
The accession of Spain might require another interoperability week, like the one held in Toulouse in 2012 in order to get the Spanish parachutes cross-certified.

EATC and Cross-parachuting
Currently, every nation runs its own certification process, including testing and approval. They use their national procedures, which make it difficult to re-use the results for international certification. To give a practical example: The Belgian EPC parachute was tested on a French C-130 Hercules, but afterwards had to be re-tested for cross-certification on the same French C-130. The example of the A400M cross certification process (so called “CQC”) is comparably much better: all nations agreed upon a common test process, including required flight, report formats, etc…
Afterwards - and based on these common tests - every nation could therewith nationally certify the equipment and procedure. EATC will investigate how the procedure can be continued and expanded to other testing and certification processes, by this reducing cost and time.

This serial of the cross-parachuting working group is even joined by participants from Italy and the United Kingdom. Meanwhile EATC recommended procedures in cross parachuting have become standard in eight EU/NATO nations – to benefit the participating nations. 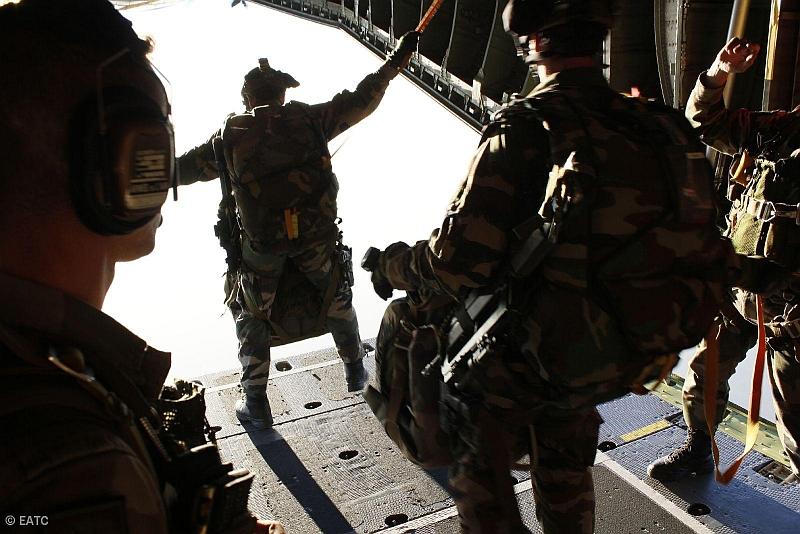