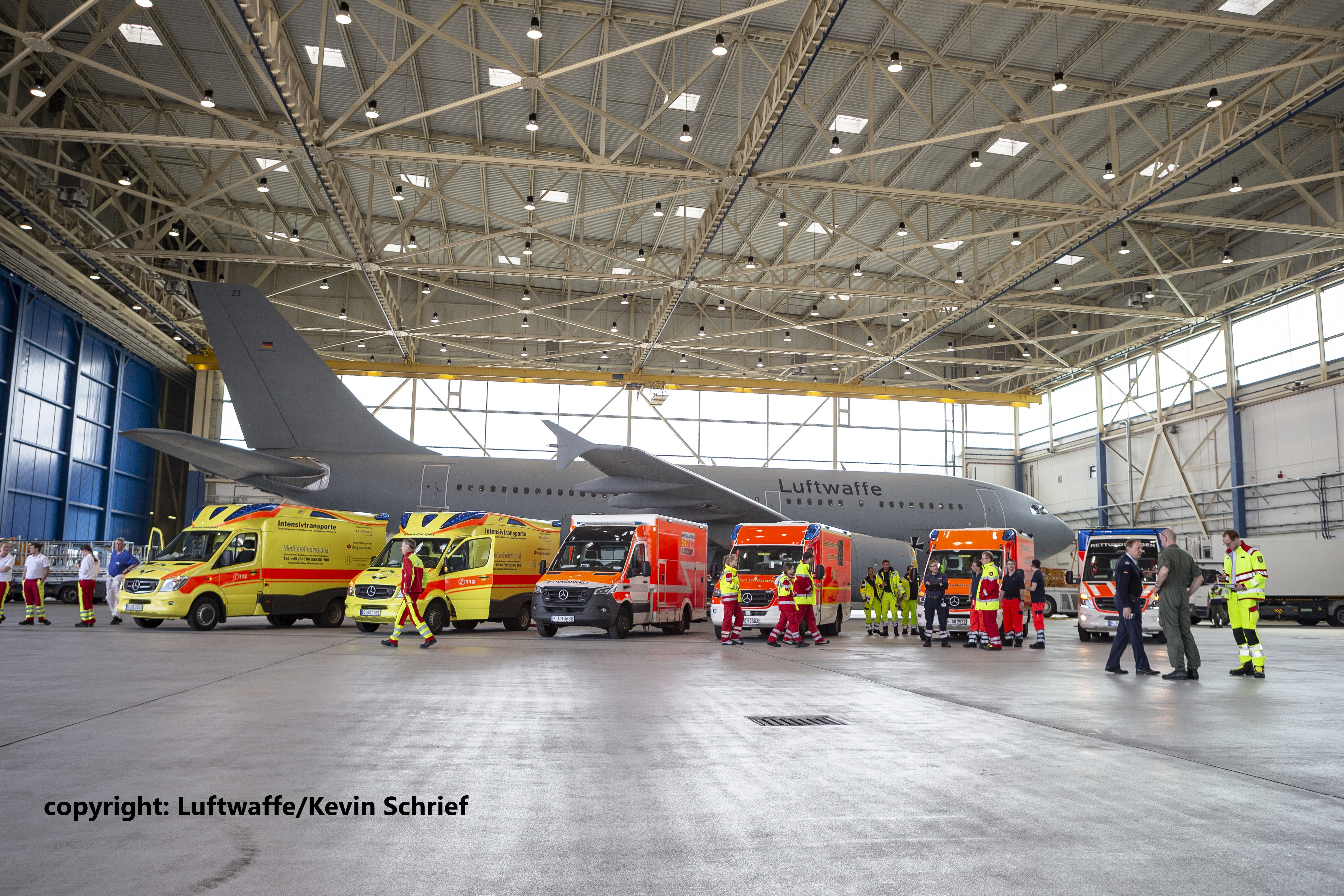 On 27 and 28 March 2020, EATC evacuated Italian and French civilian Covid-19 infected patients from Bergamo (Italy) and Strasbourg (France). The missions were executed by a German A310 and A400M in medical evacuation configuration. Great and effective flying intensive care units!

This was great proof of our international teamwork.
It resulted in a clear sign of solidarity to and within our member nations
during these very challenging times where we fight the pandemic.

EATC’s Aeromedical Control Centre (AECC) key-coordinated this sensitive missions with all actors involved. The AECC was the pivot to pool all military actors, such as the German, Italian, French “National Patients Evacuation Centres” or the German Air Force.

On 27 March at 06:03 CET, EATC’s 24/7 mission control centre (MICON) took over the command and control of the missions. Of course in close coordination with AECC who continued to medically supervise the evacuations. On Saturday 28 March, the aircraft left for Bergamo early in the morning and landed again safely with the six Covid-19 patients in Cologne. The patients were then transported by road to civilian hospitals in Cologne, Bonn and Bochum. The next day, EATC commanded and controlled two more missions : the A310 transported six more intensive care Italian patients to Hamburg and Cologne.

The German A400M took care of two French patients from Strasbourg (France). The patients were handed over to the rescue service from the Bundeswehr and are now treated in the military hospital in Ulm.

After the mission, both aircraft were disinfected according to specifically determined measures.

Colonel Tilmann Moll, Head of AECC, supervised the coordination of the three missions from the first moment to its successful completion. He emphasises the trust and confidence that EATC member nations have in cross-national strategic aeromedical evacuation missions. To him the key to this success is the intense willingness and level of ambition of our nations to enhance common procedures. This is most important in a crisis period such as the one we are living in currently.