Communication all over the world 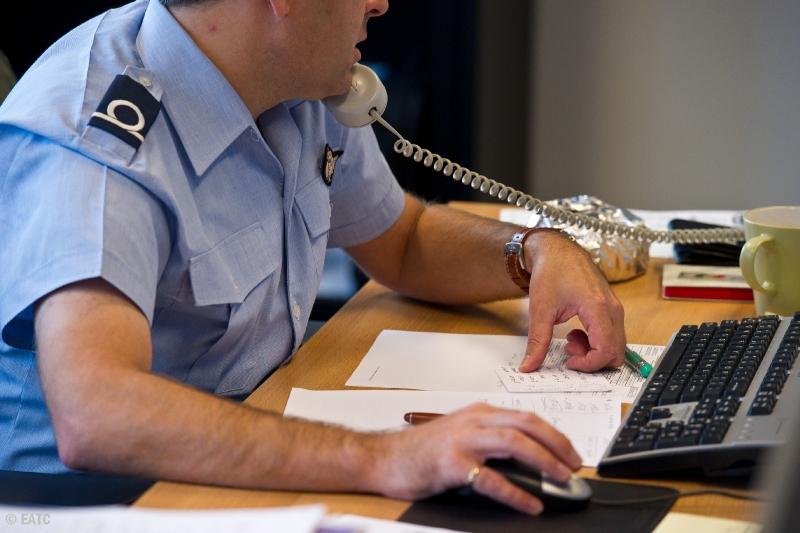 A Belgian to prepare missions - by speaking four languages

At work, Benny R. speaks German with his German colleagues, French with the French ones, his mother tongue with his national Belgian comrades - and sometimes he also speaks Dutch, because the Netherlands is the host nation of the European Air Transport Command at Eindhoven Air Base. The funny thing is that he should actually use the English language at work, not because English is the NATO language, but - as a compromise for all EATC Participating Nations and their soldiers - English is considered the most appropriate and easiest working language.
And this brief introduction already underlines that Benny R.’s job has got a lot to do with pure communication...

The Belgian “Adjudant” (warrant officer) works at the EATC Operational Division within the Tasking Branch, where he plans strategic transport routes. His specific field of work includes flights inside Europe with respect to air-to-air refuelling (AAR) and VIP flights. Here, he pursues a double goal, namely to combine assets so as to achieve maximum customer satisfaction with regard to effectiveness on the one hand and to ensure as much efficiency as possible on the other hand. Most of the time he tasks the Gulfstream IV (see above), a Dutch business plane with a military configuration to fulfill the various VIP demands. 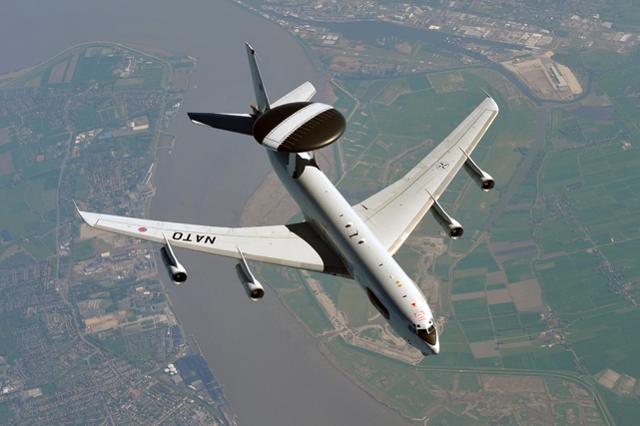 Working at all altitudes

In 1984, at the age of 16 (!), R. started his NCO career as communications specialist for different trainer types like Alpha Jet, Fouga Magister and Marchetti. Afterwards, in 1993, he transferred to the AWACS Air Base at Geilenkirchen-Teveren, Germany, where he served as onboard communications technician and thus was responsible for the computer network on board as well as the connection to the C2 systems on the ground. In 1998, his next assignment took him from the cruising altitude of an AWACS at about 29.000 feet … to the depth of
-20 meters: the operations center bunker in Ramstein, where he provided communication links by connecting people via a switchboard, similar to the work of a civilian employee of a telephone company in the past.

R. returned to Belgium in 2003 – and changed the field of communications he had been working in so far: Instead of providing others with the necessary support for communications, he was actively communicating himself with the guests on board in his function as flight attendant on an Airbus A310 at Melsbroek Air Base, the military part of Brussels International Airport.

By the way, besides serving his guests, the flight attendant's duties also include security on board.
After his first 500 flying hours, our protagonist switched to the rear area of the aircraft and became loadmaster of the A310. In this position, he was responsible for the correct loading and unloading of the aircraft. This is a crucial job: cargo must not move at all when the aircraft is in the air, and it is also important to balance the load in a way that stabilizes the aircraft’s flight attitude: If the cargo is not properly balanced, the aircraft may need more fuel, which makes a significant difference on long-distance missions.
USA, Afghanistan, China, India on several occasions, the Baltic states ... and “of course the rest of Europe”, he says and laughs, were on his “to-do list” of countries to be visited.
Finally, after 2.500 flying hours, Benny R. became “chef de cabine.” In this position, he headed all management activities inside the aircraft and served as a link between the cockpit crew and the cabin crew. 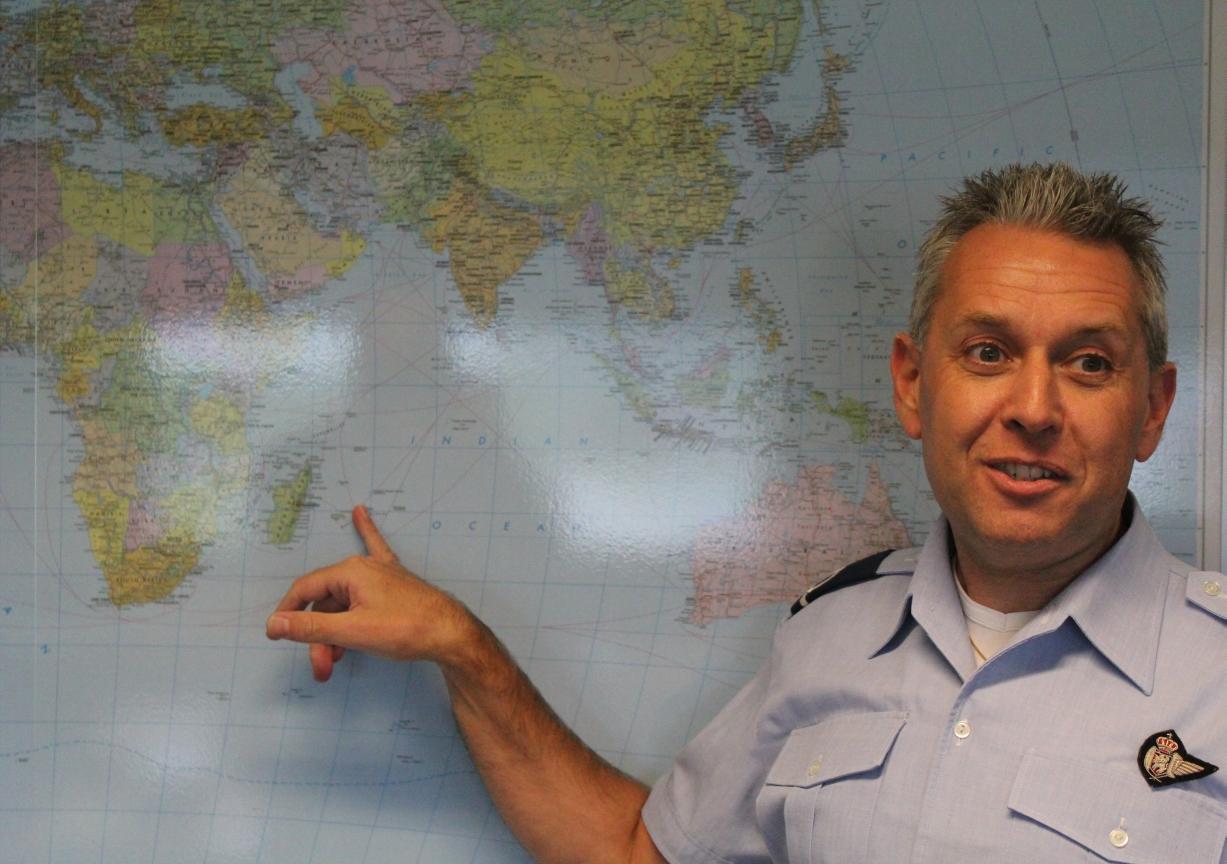 Expertise for the crews

Back on the ground, at the so-called “load office” of 15th Air Transport Wing of the Belgian “Luchtcomponent,” Benny R. could make good use of all the experience he had gained on board to provide other aircrews with plenty of information during the flight preparations. Furthermore, this office coordinated the various types of loads to make sure that the load was not only transferred to the right aircraft, but also that it was placed into the appropriate containers and  proper pallets.
After the aircraft had taken off, R. contacted the destination airport to arrange for additional fuel, food or other services, if necessary.

Heading for the top

From the cabin back to the desk: This is not a step back, because you can orchestrate the planning of missions best when you have experienced military transport all the way from the bottom to the top – and Benny R. reached the top at the (former) Belgian Air Transport Command, based also at Melsbroek, in 2008. Here he accomplished the task of matching operational needs with the available aircraft – on a national level … And he basically continues to fulfill the same duties today at the EATC - though now he is working for the EATC Participating Nations (PNs) and it does not matter whether the transport request is submitted by Belgium, Germany, France, the Netherlands or Luxembourg. And it does not matter either which country provides the aircraft because the EATC always tries to provide the most effective and efficient means (i.e. aircraft) for any given operation. Moreover, by pooling the nations’ AT means, every PN has got access to at least eleven different aircraft types ... and based on this range of aircraft, Benny R. decides which aircraft is best suited for the task in terms of both effectiveness and efficiency. 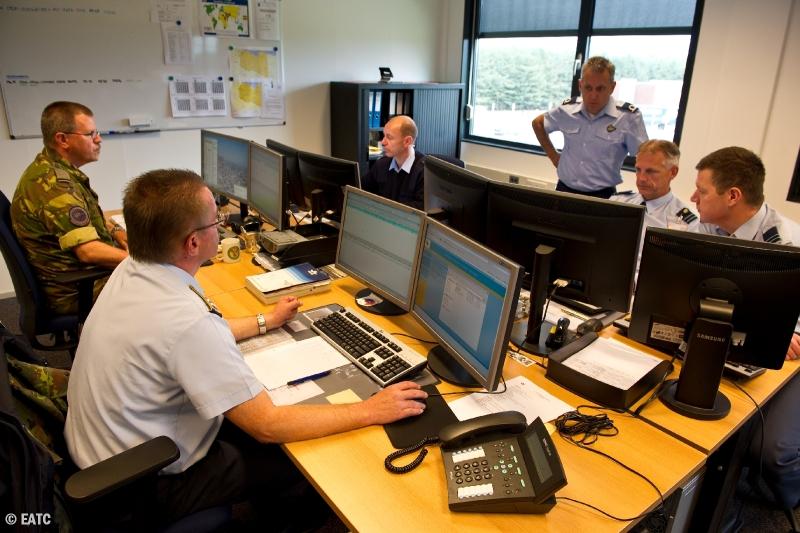 Pioneers in Pooling and Sharing

It is thanks to people like Benny R. that the EATC is already a major player in the field of European military air transport: Dedication on the job, commitment to the idea, and the ability to share information by significantly communicating.

The EATC is a host of specialists with one vision: “Our team spirit determines the strength of our organization - and the results of our common efforts. This has got a lot to do with communication and information sharing”, explains Benny: “We are successful not only because we employ different management techniques to save resources, but also because we all do our best every day to offer the best service – which also depends on our communication. Let me give you one example: Sometimes people do not dare to approach us directly, because they are not sure whether they speak English well enough. In such a case it is helpful when one can speak different languages, which gives the customer the feeling that his request is being treated as seriously as possible. For me, communication is a kind of service as well – especially in an ‘institution’ like the EATC that operates all over the world: We service the world – that’s why we have to communicate on a worldwide level.” 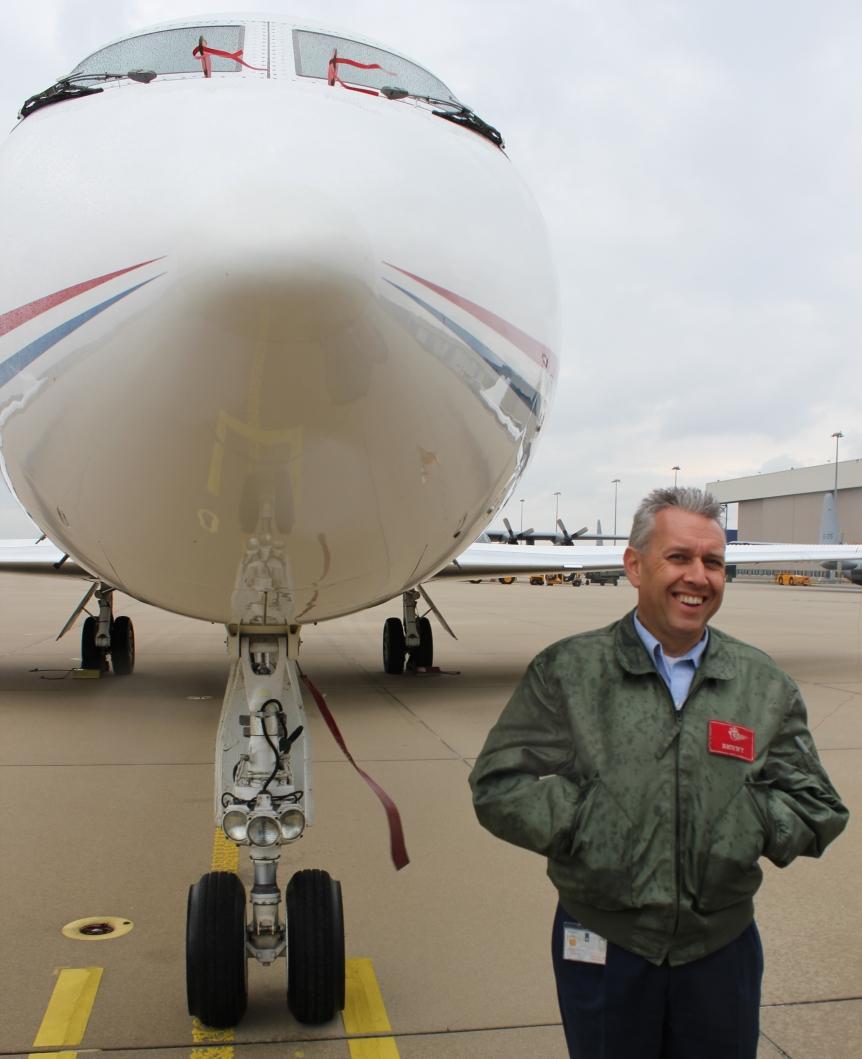