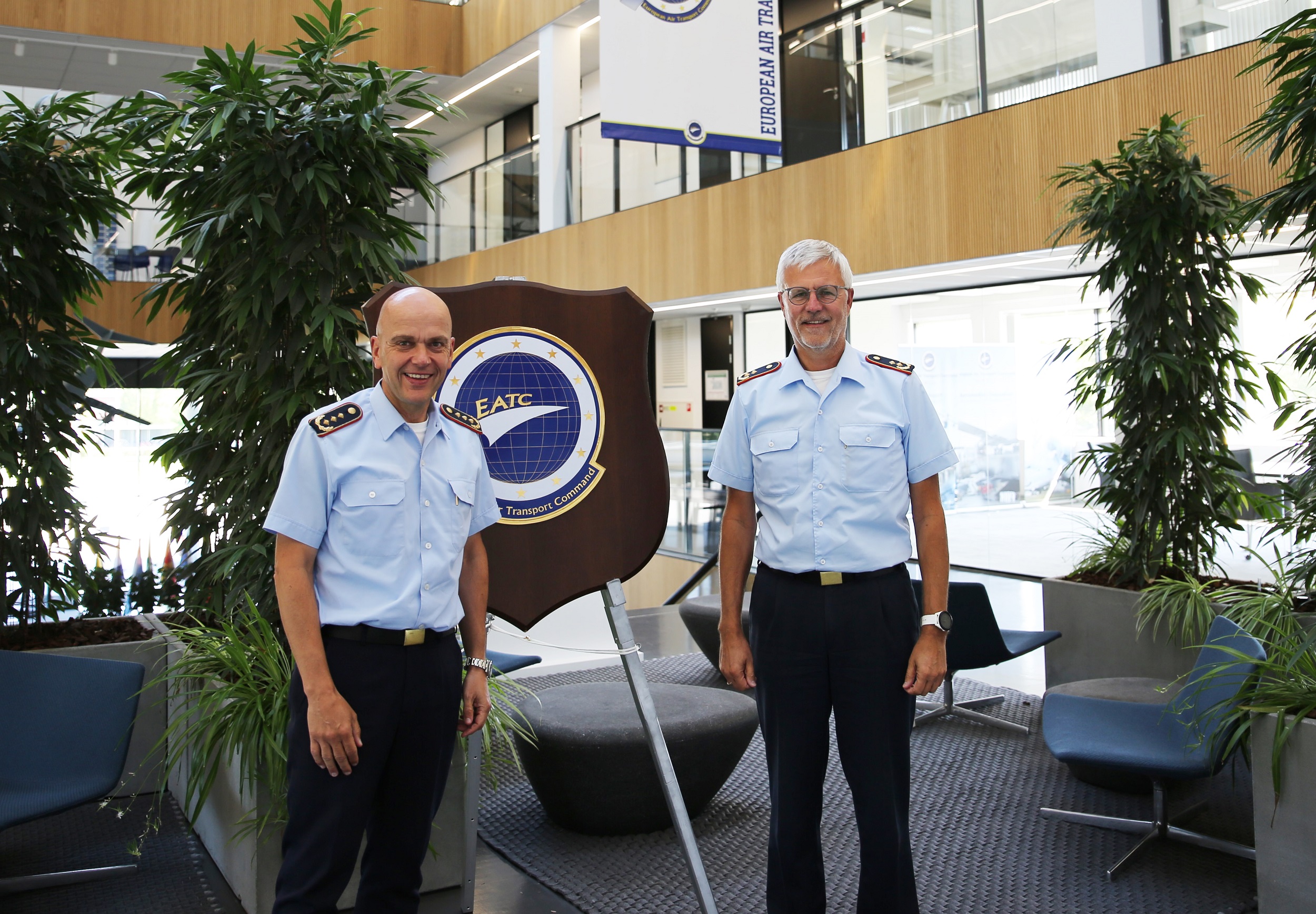 The generals had a fruitful exchange on EATC’s role in tasking and controlling the new Airbus A330 MRTT of the multinational MRTT Unit (MMU) and the C-130J of the French-German Binational Air Transport Squadron. They also discussed the evacuation efforts out of Afghanistan but also EATC’s manifold training and exercise program for aircrews and ground handling personnel.

At the end of the visit, Lieutenant General Katz met with the German contingent at EATC.