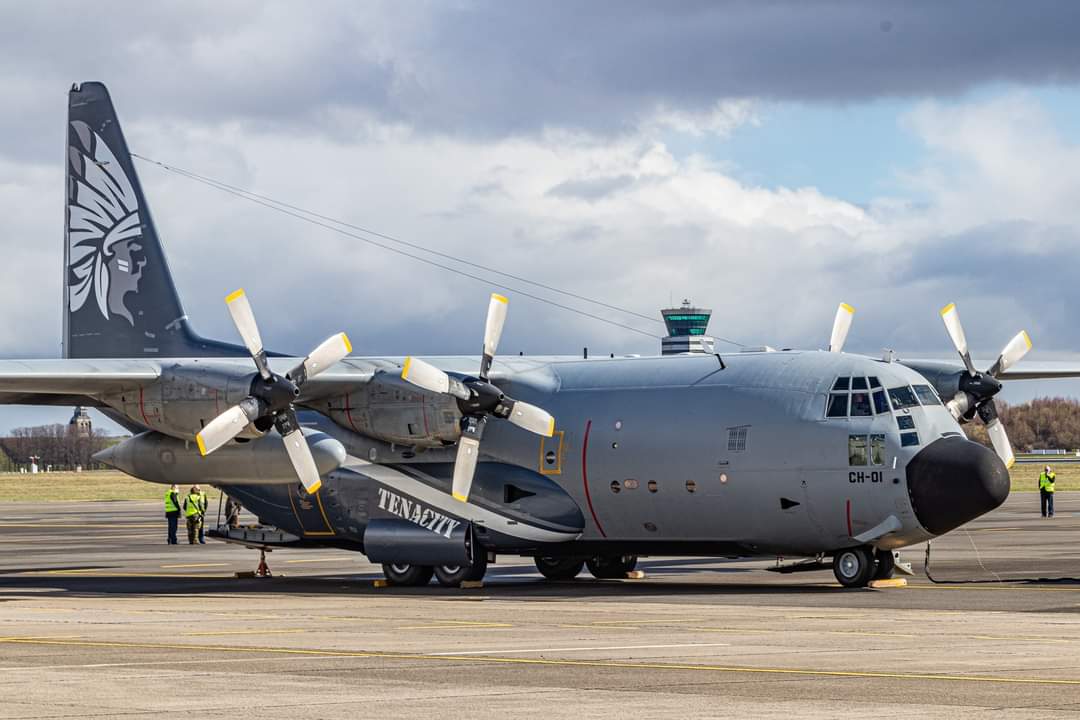 An era has come to an end : Belgium decommissions the C-130. On 17 December 2021, the “Hercules” performed a last “farewell tour” over Belgium to say goodbye to the Belgian Air Force and to  the 15th Wing.  And on 20 December, a last tribute was made to the EATC with an overflight over the headquarters at Eindhoven airbase.

The aircraft entered into service in 1972 and became Belgium’s legacy military air transport aircraft. In 2010, when EATC was established, it became also one of the main air transport capabilities within EATC. For the past eleven years, EATC managed nearly 6.700 Belgian C-130 missions totalling 45.000 flying hours, transporting 54.000 passengers or 25.000 tons of cargo and dropping 47.000 paratroopers. Since late 2020, Belgium gradually replaced the Hercules with the new “workhorse”, the A400M. Final deliveries of the A400M will be completed in 2023.

During the past 50 years, the C-130 was continuously deployed all around the world either in national missions or within the United Nations and NATO framework. The Hercules was the symbol of hope and freedom deploying troops, offering humanitarian relief or evacuating civilians. One of the last operational missions took place last August during operation “Red Kite” when three C-130 evacuated more than 1.200 Belgian nationals and people of other nationalities out of Afghanistan.

Goodbye “Hercules” and thank you for your commitment!