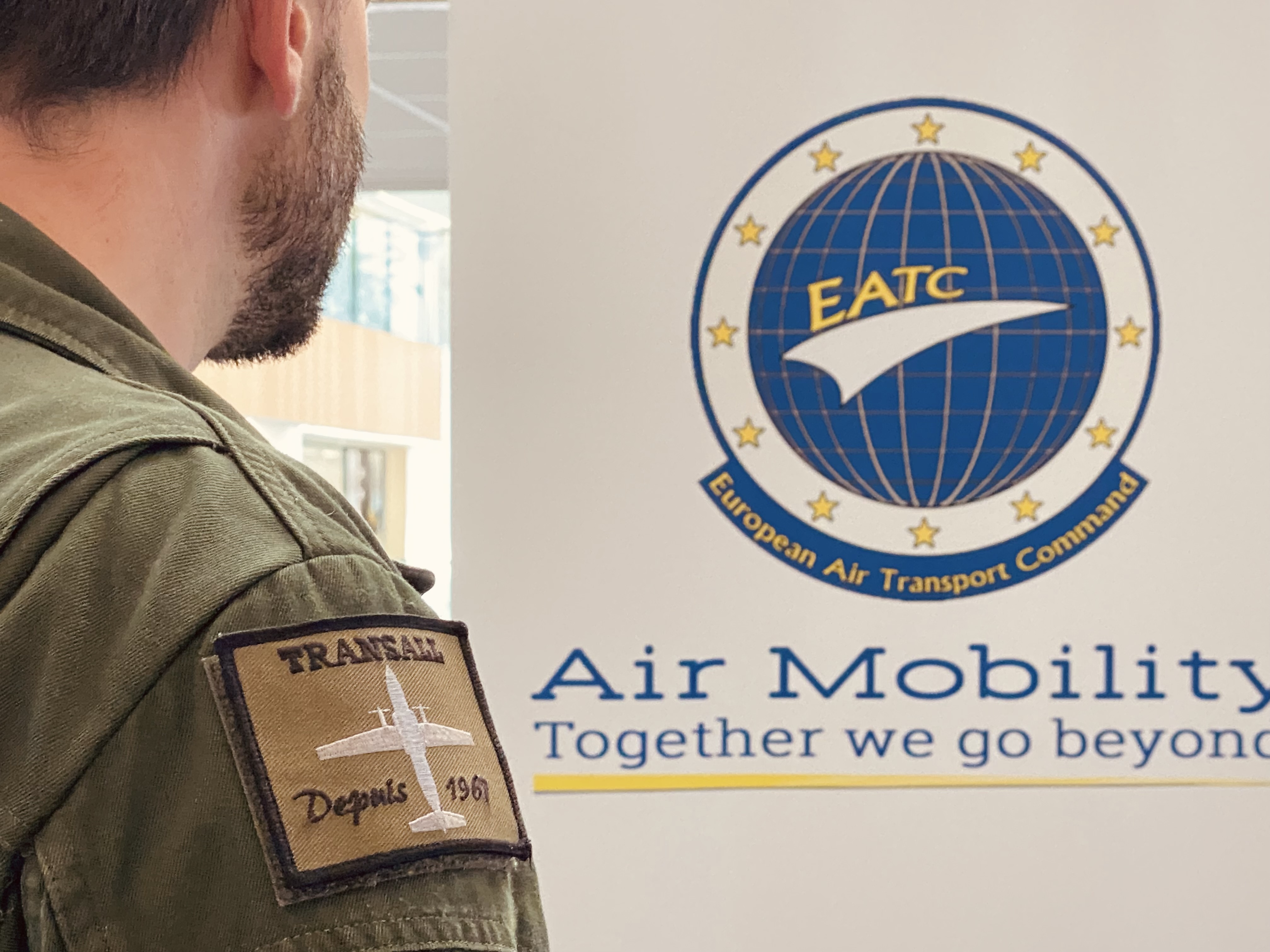 I am French First Lieutenant Marcellin and I had the opportunity to participate to the French C-160 Transall farewell tour. On 14 March 2022, I joined my comrades on the Evreux airbase and together we toured for five days over French military airbases, bidding adieu in a specially designed Transall, registration number 64-GL. Other C-160 crews will finish the goodbye tour, and on 01 April 2022, the French Transall will be decommissioned.

It was an honour for me to be on board of one of the last C-160 flights. Since 2021, I have worked as a tasker and then planning officer at EATC. But in “my previous life”, I was a C-160 flying engineer instructor. In those eleven years, I flew more than 3.000 C-160 flying hours, many under EATC’s operational authority. It is fantastic for me to work now on the so called “other side of the mirror”, planning missions on behalf of the French and other EATC nations’ air forces. I am looking forward to my future assignments where I can put my experiences as an instructor and as a planning officer to the benefit of France.

It was a real privilege to fly the memorial designed 64-GL, coloured in the French flag:  blue – white – red. The huge cockade, on the upper surface of the wings, is also drawn in these colours. The design on the tail shows among others the years of service: 1963 to 2022! Of course this special edition also honours all the French C-160 units. After the farewell tour end March 2022, the 64-GL will rest at the French aerospace museum “Aeroscopia” in Toulouse.

Although the French air force has replaced the Transall with brand new workhorses, the A400M and C-130J, I will certainly miss the C-160. I am proud that the Transall was one of EATC’s main air transport capabilities. When EATC was established in 2010, the French Air Forces transferred the operational authority of the complete Transall fleet (51 assets) to EATC. The first mission under EATC operational authority was conducted on 10 December 2010, bringing French military from Evreux to Solenzara in Corsica. Over the years, EATC managed more than 6.500 missions with the French C-160 Transall, totalling 37.000 flying hours.

Many thanks to the French Air Forces for offering me the possibility to say goodbye to this legacy military tactical air transport aircraft.

More information on the C-160 ”Transall”

The C-160 “Transall” was born out of a joint French-German consortium called “Transporter Allianz”, one of the rare successes of joint European cooperation offering the faithful service of a versatile aircraft for more than 50 years. Germany and France decommissioned their Transall assets to replace them by the state-of-the-art assets. Germany decommissioned its last C-160 in October 2021.