The European Air Transport Command supports the French Forces within the deployment of soldiers to Central Africa, a country delivered to a generalized insecurity and threatened of a civil war.
On 30 November 2013 an Airbus A340 of EATC assigned “Esterel” Squadron - stationed at Creil Air Base - took off towards Paris “Charles der Gaulle” - airport in order to pick up 35 soldiers and their equipment. Flying over to Istres another 180 soldiers and 5 tons of additional freight (e.g. humanitarian cargo) were taken on board, before the aircraft headed towards its final destination Bangui, Central Africa.

The mission was planned within EATC premises, the Airbus landed safely back in Creil on 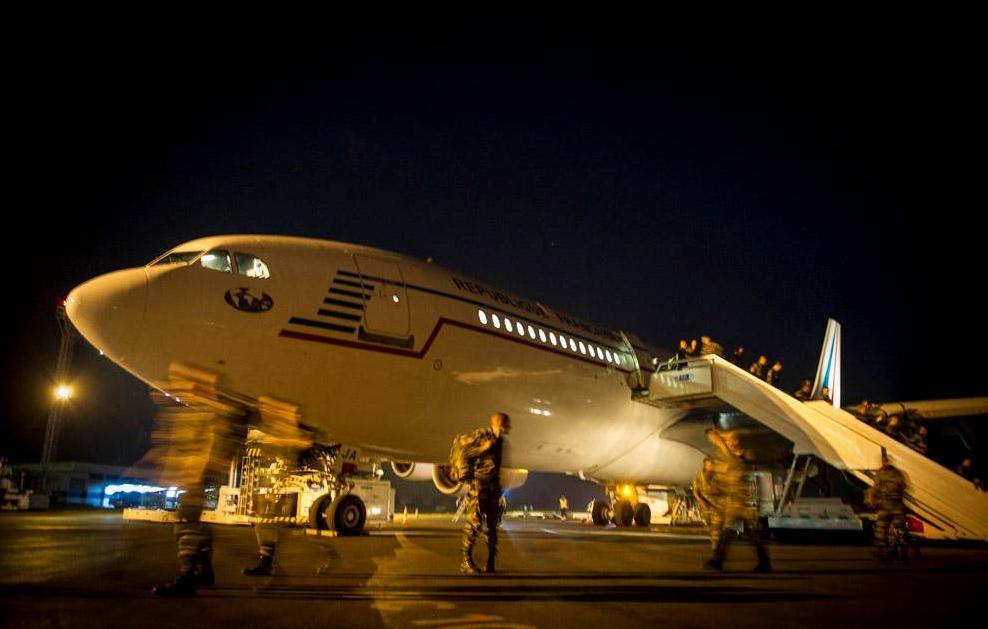