Many European countries agree on an EU-wide harmonisation and unification strategy for military airworthiness, because these days it is no longer viable for single nations to carry out single airworthiness activities independently.

Within EATC premises it is the work of the Functional Division, Technical and Logistics (TLOG) Branch to mirror proposals of the European Defence Agency (EDA) into EATC daily work in order to harmonise EATC Participating Nations different airworthiness regulations.
We have spoken to French Lieutenant Colonel Marc Liboureau, Deputy Head of the TLOG, asking why Military Airworthiness is an important goal to implement a smarter air transport fleet for our all military future – and hereby benefit to the EATC Participating Nations. 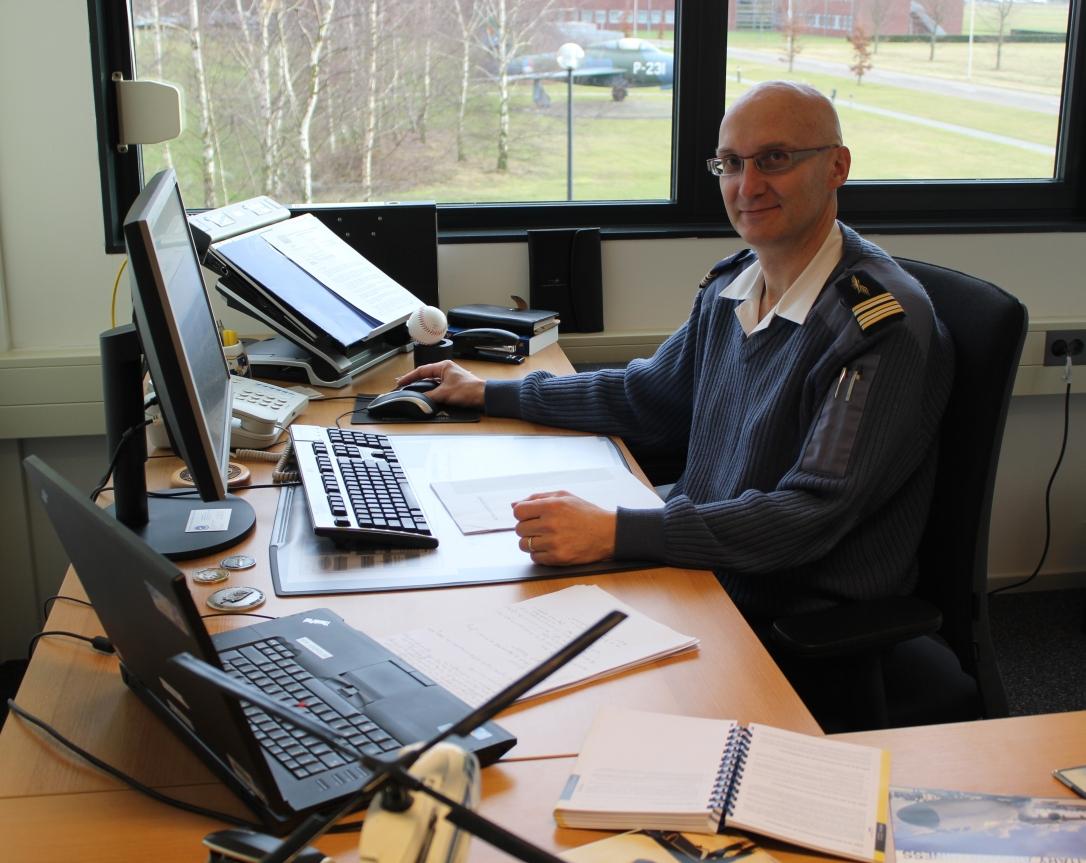 Lieutenant Colonel Liboureau: “Airworthiness represents the ability of an aircraft to operate in flight and on ground without significant hazard to aircrew, ground-crew, passengers or to third parties. This definition is basically implemented by establishing regulations related to aircraft or spare parts design and production, maintenance organisations, personnel education and fleet management.

Each nation established its own airworthiness requirements for military aircraft, most of the time based on existing civilian EASA (European Aviation Safety Agency) regulations. Nevertheless, discrepancies between national sets of rules remain. Therefore, in order to achieve commonality within Europe, the EDA established in 2008 the MAWA (Military Airworthiness Agency) forum which goal is the production of a full set of harmonized European Military Airworthiness Requirements (EMARs); up to now, five major documents (see bottom 1st note) have been promulgated.”

“Can you give one example, why Military Airworthiness became that important?”

Lieutenant Colonel Liboureau: “The EATC gathers right now some 165 aircraft within its assigned fleet. With Spain joining this year and Italy potentially following, EATC conducts more than 200 aircraft in few years. Every day EATC Participating Nations (PN) are sharing their airlift capabilities (personnel & cargo) and thereby share the risk of flying for aircrews & passengers, even if the responsibility of a flight remains national. European airworthiness will basically cover this issue when EMARs will be nationally implemented. One role of the EATC will be to manage remaining caveats and discrepancies for transport aircraft and contribute to reduce them.”

“What is the EATC’s role within this international framework EDA established?”

Lieutenant Colonel Liboureau: “Among logistical studies, the EATC is working on establishing a common A400M training concept for technicians. EMARs 66 (licenses), 147 (training organisations) and 145 (maintenance organisations) provide general requirements about education and training which are currently not yet totally implemented within national regulations. The challenge of the EATC is to coordinate between the set of European requirements and national intentions with regard to these requirements in order to come with a multinational agreement.
Another interesting issue to be solved by sharing airlift capacities and aircrews will consist in managing Minimum Equipment Lists (MEL / note 2) which specify authorized limitations for performing missions; these lists will be mandatory for future fleets. For legacy aircraft, in the absence of a master MEL, the authority defines and validates an Operating & Technical Tolerance List (OTTL) based on “grandfather rights”. Although aircraft are under EATC’s OPCON , different national documents could potentially hamper the operational process. Therefore EATC’s functional division could progressively propose to harmonize these documents for a coherent control of the combined fleet.”

“Last week you joined an EDA MAWA-forum in Brussels. Please describe the importance for the EATC toparticipate in that meeting.”

Lieutenant Colonel Liboureau: In addition of harmonizing procedures, the EATC is tasked through national TOA documents (Transfer of authority) for activities in relation to (note 3) fleet management (e.g. “Analyze technical events” or “Configuration management”). Therefore the EATC is to be considered as one of the actors of the PN’ processes of Continuing Airworthiness Management Organisation (CAMO). With A400M entry into service, the level of authority transferred by PNs could grow during upcoming years. Thereby, as unique example of a permanent multinational aircraft operator, the EATC must work in close cooperation with national commands and keep awareness of European airworthiness issues, in particular when the MAWA forum will deal with EMAR part M, the document about European military airworthiness management requirements.”

“Your personal view on Military Airworthiness?”

Lieutenant Colonel Liboureau: “Airworthiness is one of the most challenging issues the EATC has to deal with. Its personnel must have a good knowledge of the basic rules and keep in touch with evolutions. Then continuously, in the light of its studies for harmonisation, the EATC must identify the main issues that could/will occur when implementing EMARs in the respective national regulations and thus strive to reduce discrepancies within the military air transport world.”

"Lieutenant Colonel Liboureau, thank you for the interview."

3. All the domains of activities are identified in the “EATC Logistics Policy” document issued in May 2013