Air-to-Air Refuelling in the limelight

The first European Air-to-Air Refuelling Training (EART 2014) is running for one week now; A German Airbus A310 MRTT, a Dutch (RNLAF) KDC-10 and the Italian KC-767A are complement on each other to achieve the best results within the given training.

Aim and objectives
Overall aim of EART14 is to get 100% of participants current in their qualifications in a short amount of time and with their dedicated assets, to consolidate existing qualifications or regain them if necessary.
Added training value and derived objections will be:
• Different RV procedures
• Multiple AAR formations
• Tactical AR/Cell procedures e.g. Link16, EMCON 3
• Bailout procedures, SAR
• Involvement in planning processes
• Achieving further Italian KC-767 certification process
• Implementing successfully Eindhoven AFB as a tanker FOB and to build up an AAR cell.
• Assist Frisian Flag 2014 (FF 2014) in all aspects of AAR 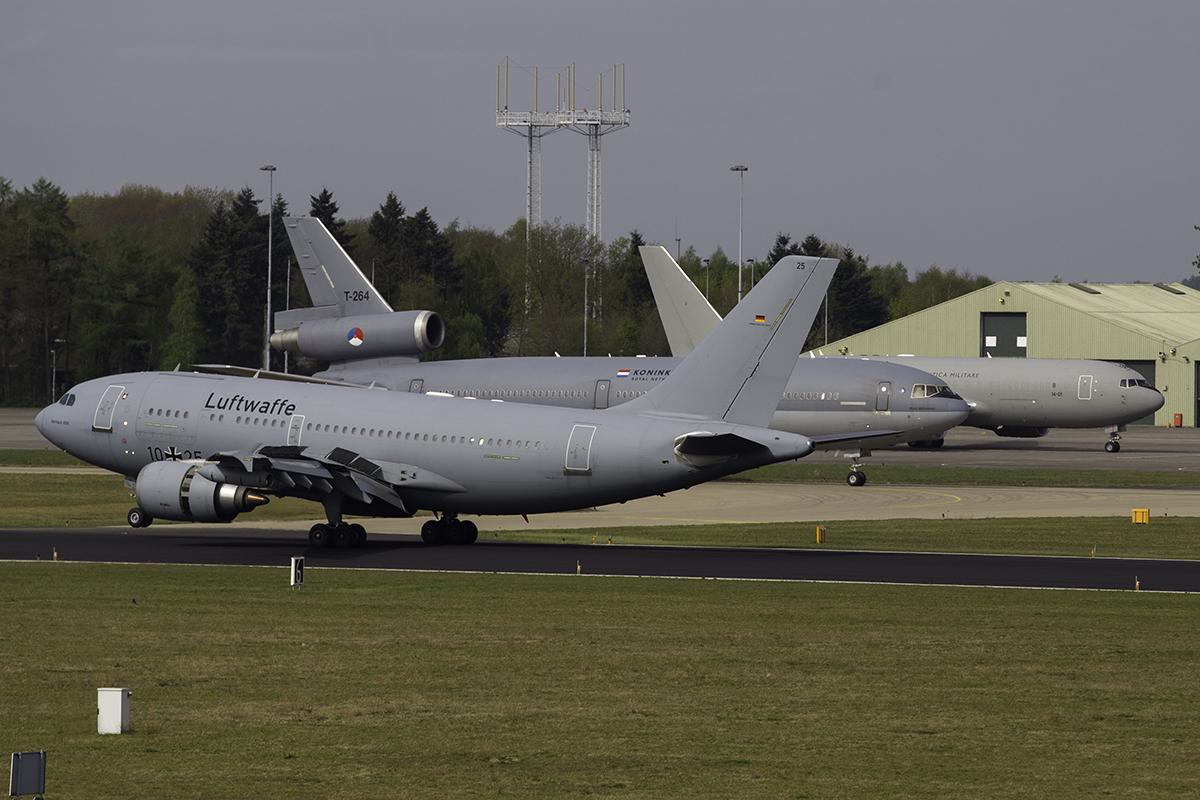 The theoretical approach
But where does the need for a highly professional training comes from ?
The deduction from pure military theory bridged over to actual lessons learned and other mid-term developments with international training could be summarized like this:
In general UN/EU/NATO lead missions from crisis establishment up to a nature catastrophe can make it necessary to move forces to remote areas while one of the most important characteristics in the AT-World is the capability to cover large distances within short time: Range capacity. In view of globalization and in concern of worldwide operations it is necessary for an Air Force being either able to operate on large distances or being able to accomplish several tactical operations in parallel - while being supplied with fuel in the air. But not only the transport of personal and material, also the AAR must assist the forces to build up in any thinkable remote theatre, necessarily being self tailored to the mission.
While most of the transport aircraft as well as fighter aircraft are not able to cover intercontinental distances to remote areas in just one sortie, with AAR they are able to reach the far away mission area in adequate time. 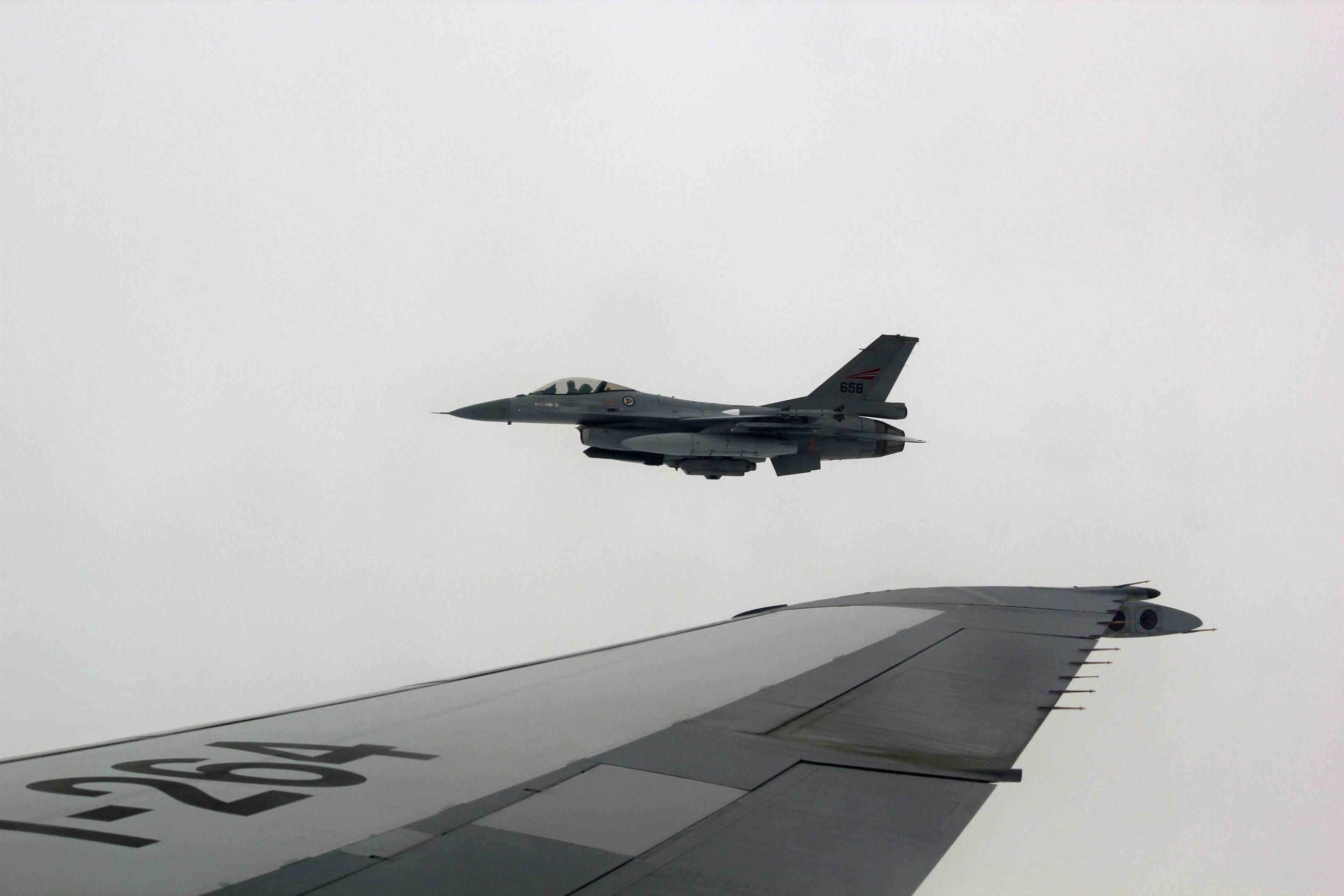 While the fighter community has trained to operate together for years (e.g. Tactical Leadership Program (TLP), Flag exercises, large NATO exercises in European airspace, etc.), the same cannot be stated for AAR, a special kind of Air Transport. But with regard to the lessons learned out of Unified Protector over Libya 2011, the need to supply and train together became bigger every day: not only is Europe lacking on tanker aircraft, also its AAR personnel lacks on international experience: First Objective was and is therefore to develop and conduct a multinational exercise dedicated to AAR inside Europe.

This need was recogniced by the European Defence Agency (EDA) and hence addressed to all EDA Participaing Nations. Convened by all the nations responds, EDA took over the lead to recommend different measures to overcome the EU tanker shortfall.
The running EART 2014 is one important outcome of a cooperation of EDA and EATC: the training will deliver AAR training over a two-week period duration, offering participants a unique opportunity to plan and execute missions within a multinational framework.
EART itself is merged into Frisian Flag. Both training/exercise are tactically organised and conducted by the Host Nation, the Netherlands.
During EART14 training development, FF 2014-bound as well as independent scenarios will be played for each mission according to its specific AAR characteristics and training requirements.
EART14 will be developed on an increasing complexity basis, starting from single ship missions and evolving to being part of COMAO missions within Frisian Flag 2014.

Find much more information at our EART website here. 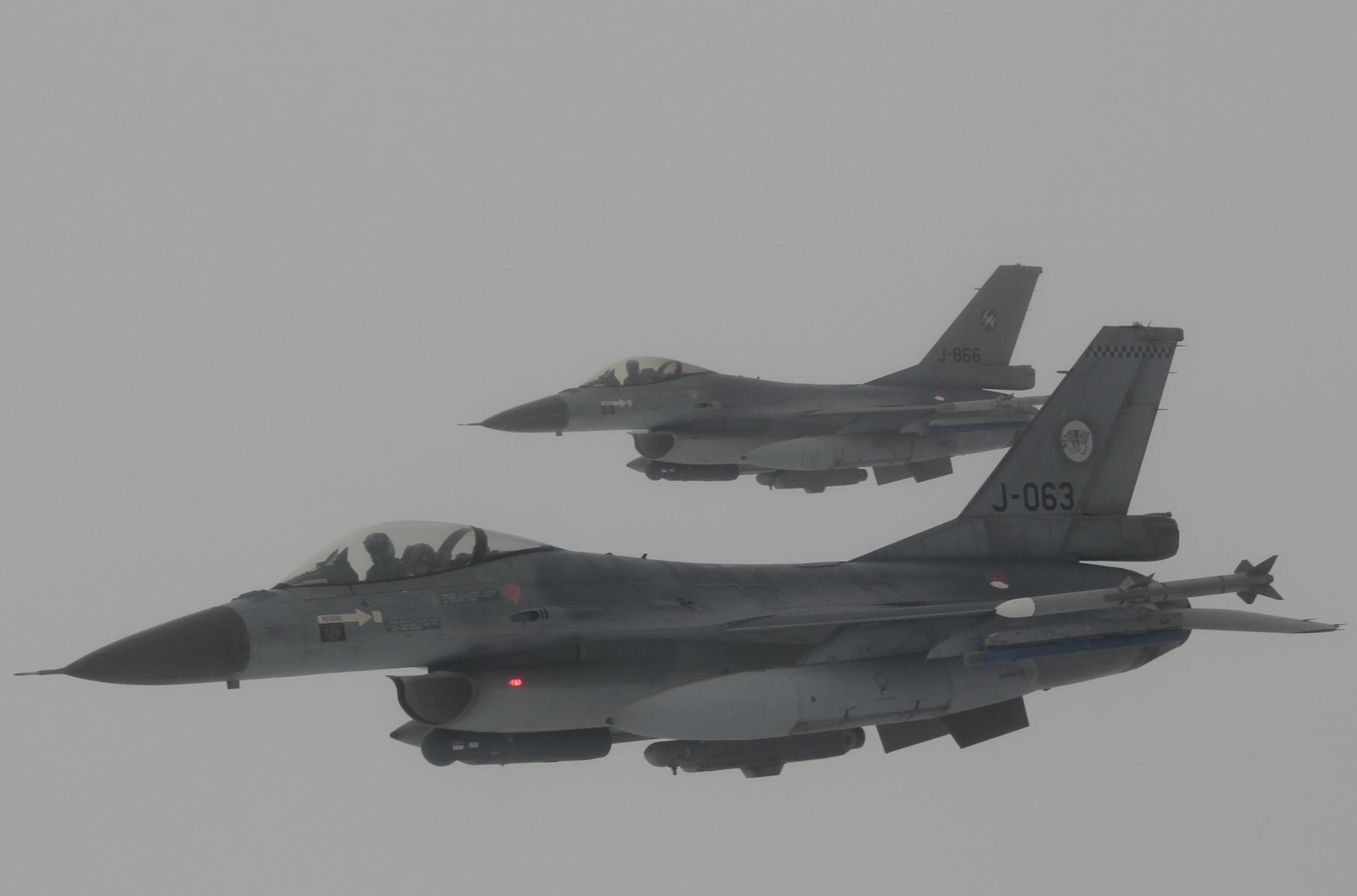