Aeromedical Evacuation to Kiev and back

The Aeromedical Evacuation Control Center (AECC) of the European Air Transport Command (EATC) has recently organized a flight to pick up injured Ukrainian citizens within the aftermath of the events at the Maidan/Kiev.

For further treatment after in Germany, a medical team of the German armed forces went over to Ukraine already on 6 March 2014 to identify and prepare a total of 24 injured Ukrainian citizens for the transport to Germany today. To conduct this mission the AECC chose the Airbus A310 in a MedEvac-configuration, one of the most advanced aircraft for Aeromedical Evacuation, situated at the EATC assigned Special Air Mission Wing MoD in Cologne.
The aircraft landed today in Kiev at 9.10 local.
The first twelve patients are expected to land at airport Berlin - Tegel at about 15.30, to be further transported over to the military hospital in Berlin as well as the civil hospitals “Charité” and “Vivantes”.
Also the flight crew will be exchanged in order to keep up the aircrafts current mission with the rest of 12 patients on bord: The aircraft will turn over to Stuttgart for those patients aiming at the military hospital in Ulm, before it returns back to its home base, where also the last patients are taken over for the final transport to the military hospital in Koblenz. 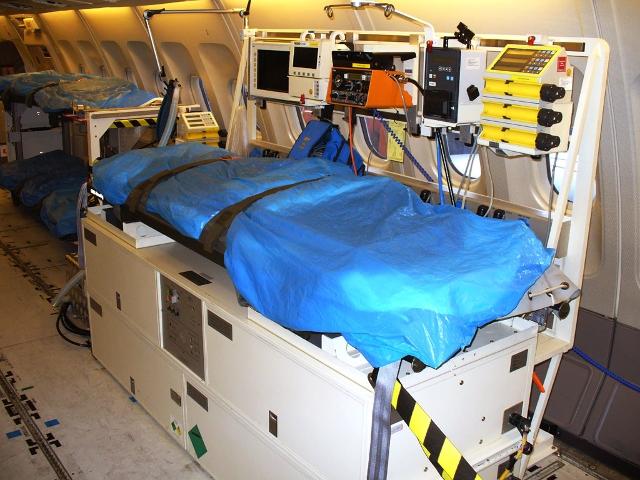