EATC has chaired a working group with the abbreviation as of “MRTT/AAR OEWG” dealing with the employment / operational perspective of Air-to-Air Refueling (AAR).
On October 26th the important meeting of the working group started with 25 participants of several nations. With this meeting the EATC succeeds to access in the major field of AAR.
But why is AAR so important? 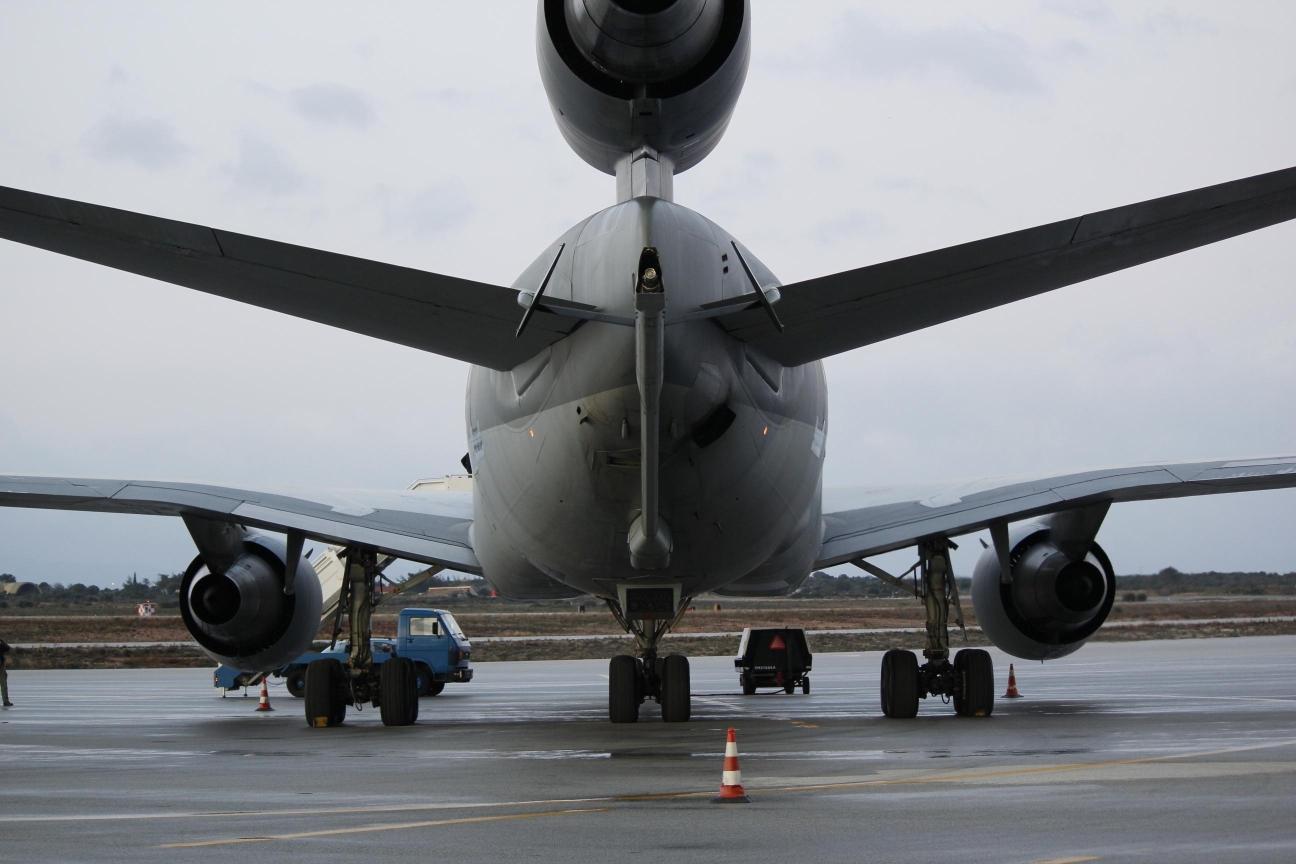 More Range Capacity due to AAR

Reasons for - or the necessity of - AAR are numerous.
In general UN/EU/NATO-lead missions from crisis establishment up to nature catastrophes can make it necessary to move forces to remote areas.
One of the most important charakteristics in the AT-World is the capability to cover large distances within short time: Range capacity. In view of globalization and in concern of worldwide operations it is necessary for an Air Force being either able to operate on large distances or being able to accomplish several tactical operations in parallel - while being supplied with fuel in the air.
But not only the transport of personal and material, but also the AAR must assist the forces to build up in any thinkable remote theatre, necessarily being self tailored to the mission.
While most of the aircraft - AT as well fighter aircraft - are not able cover intercontinental distances to remote areas in just one sortie, with AAR they are able to reach the far away mission area in adequate time.

More operational possibilities due to AAR
The fuel weight as well as the payload of an aircraft are interdependent due to the maximum takeoff weight. The more heavy the plane gets, the less far the aircraft is able to fly - and has to recharge for fuel: AAR to make it possible, that larger payload, cargo or passengers can be carried to the chosen destination. On tactical missions with close air support especially fighter planes can optimize their mission with a high payload, knowing the next “gas station” is not far away - possibly right above them. 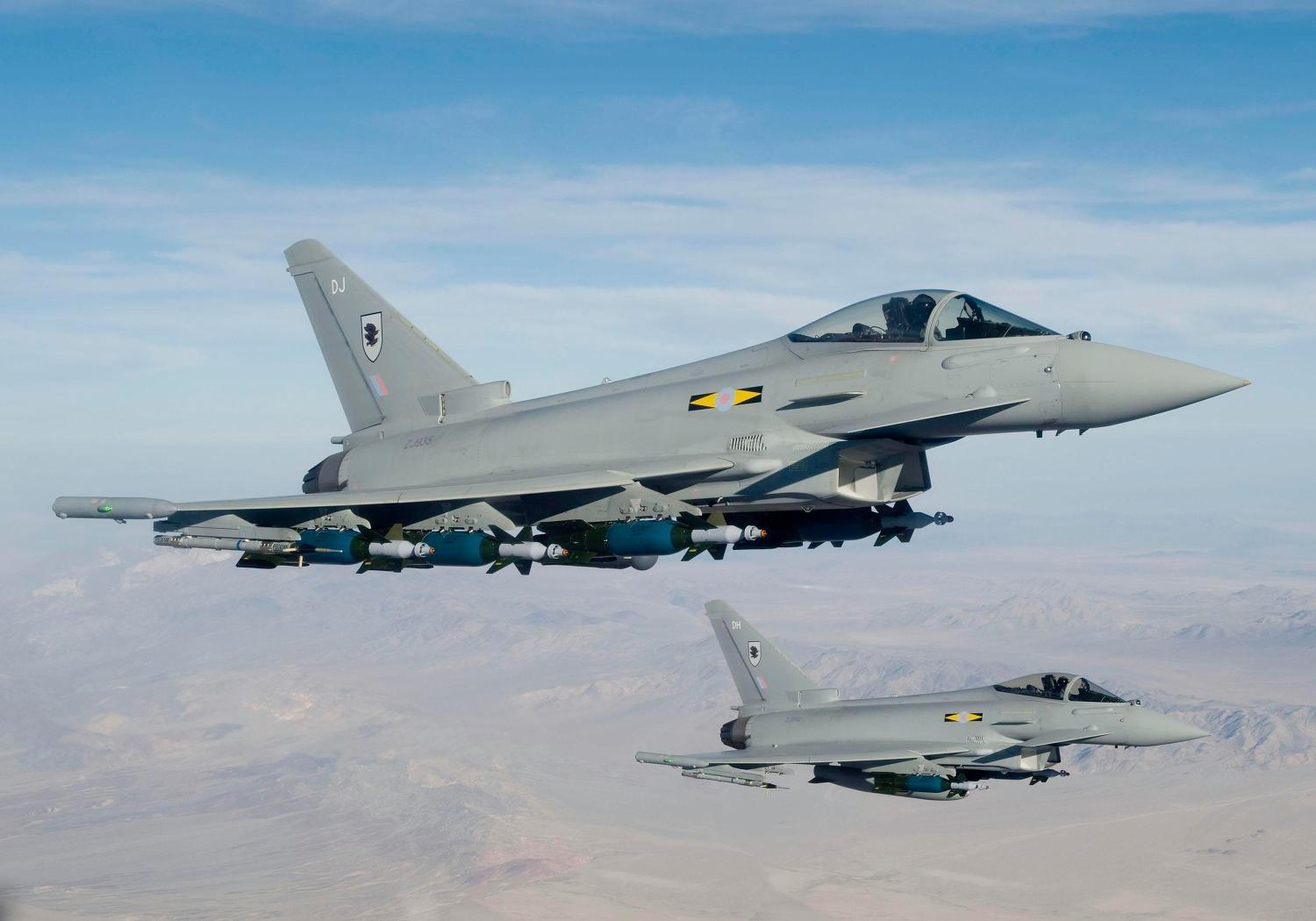 Refueling on the ground may not be secured for different reasons (political, geological, infrastructural, etc.) and would lead to additional efforts on logistics and time. Especially in areas with a poor infrastructure, AAR enables aircraft to operate as long as possible in the air - and force them not to interrupt a mission in order to gain fuel. This becomes even more important, when point of gravities and their related missions shift on short notice - and given tasks to any aircraft must be changed while those are still up in the air: With AAR they are able to remain longer above the area of operation. This presence is necessary to keep up air superiority - anytime.

Altogether AAR enlarges operation capabilities on endurance, range and load capacity, while own fighting aircraft can take their fuel near to the area of operations in order not being threatened by hostile ground fire. 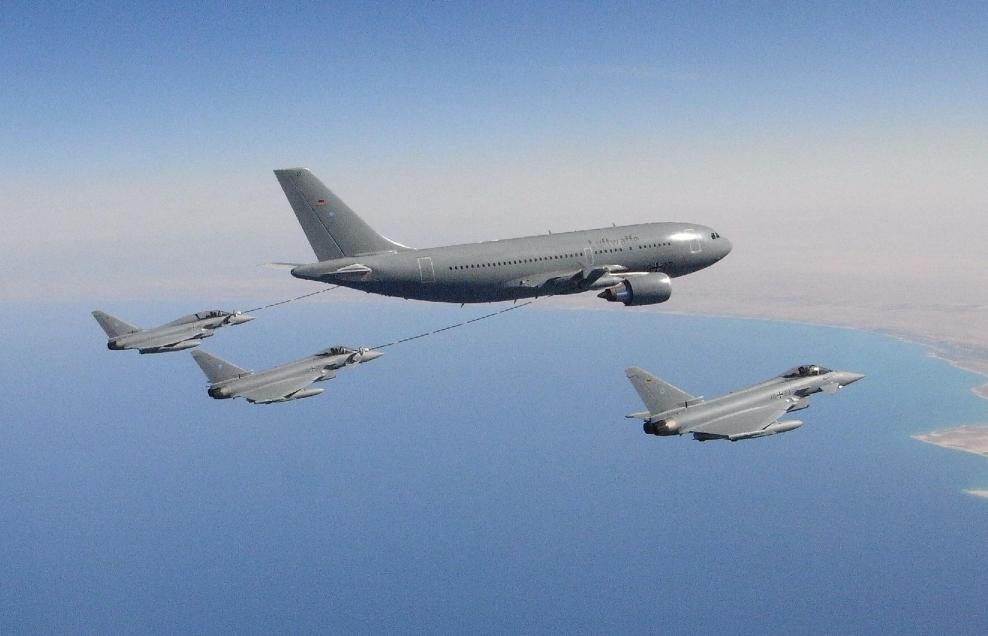 Importance of AAR
AAR is both: Force Multiplier - but also critical resource, because there is a limited number of AAR tankers only. Some NATO countries e.g. do not have tankers in their military fleet, though an AAR shortfall - as the NATO lead operations over Libya had shown - can play a key role to succeed or to fail within a mission.
With different AAR-assets in its assigned fleet, EATC is able to act flexible to the given need of support, whether on tactical as well as on strategic level: ETAC partner nations join therewith plenty of AAR- possibilities.

Coming back to the specific AAR meeting held at EATC it remaines now clear why AAR is related to many fields of AT: Modern military transport aircraft can often do both. For example the German Airbus A310 MRTT can change its role from AT to AAR on short notice by implementing a specific AAR kit. And in future also the A400M will be able to play a dual role of AT and AAR. Finally this became a major goal within the upcoming working group: The EATC is up to set the future course for a successful AAR – key to many successful operations.