On Tuesday 25 October 2016, M Dirk Hoke, Chief Executive Officer of Airbus Defence and Space handed over a A400M mock-up to the Commander EATC, Major General Chris Badia. This remarkable mock-up will decorate the entrance hall of the new EATC building at Eindhoven air base.

EATC plays a central role in the ramp-up of the A400M fleet.
On the one hand we exert the operational control over A400M aircraft TOAed* by France and Germany. On a daily basis, we plan, task and conduct A400M missions on behalf of its member nations. On the other hand EATC has received full mandate by the nations to establish an interoperable common way forward.
Finally, as a key enabler, EATC also chairs the “A400M Operational User Group” (France, Germany, Spain, Belgium, Luxembourg, United Kingdom).

Facts and figures for EATC nations: 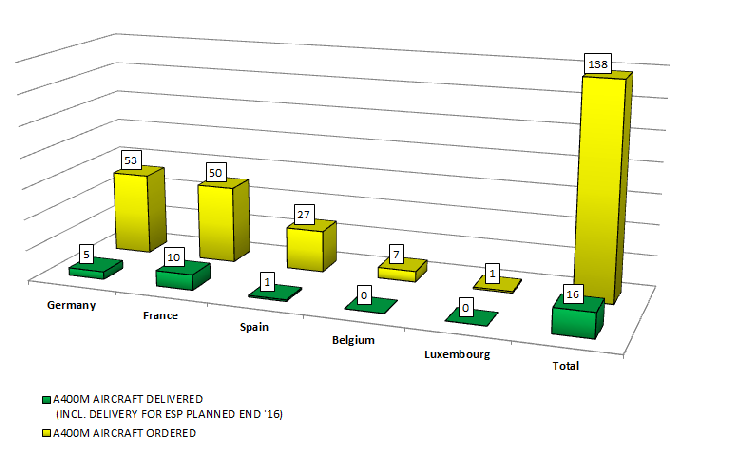 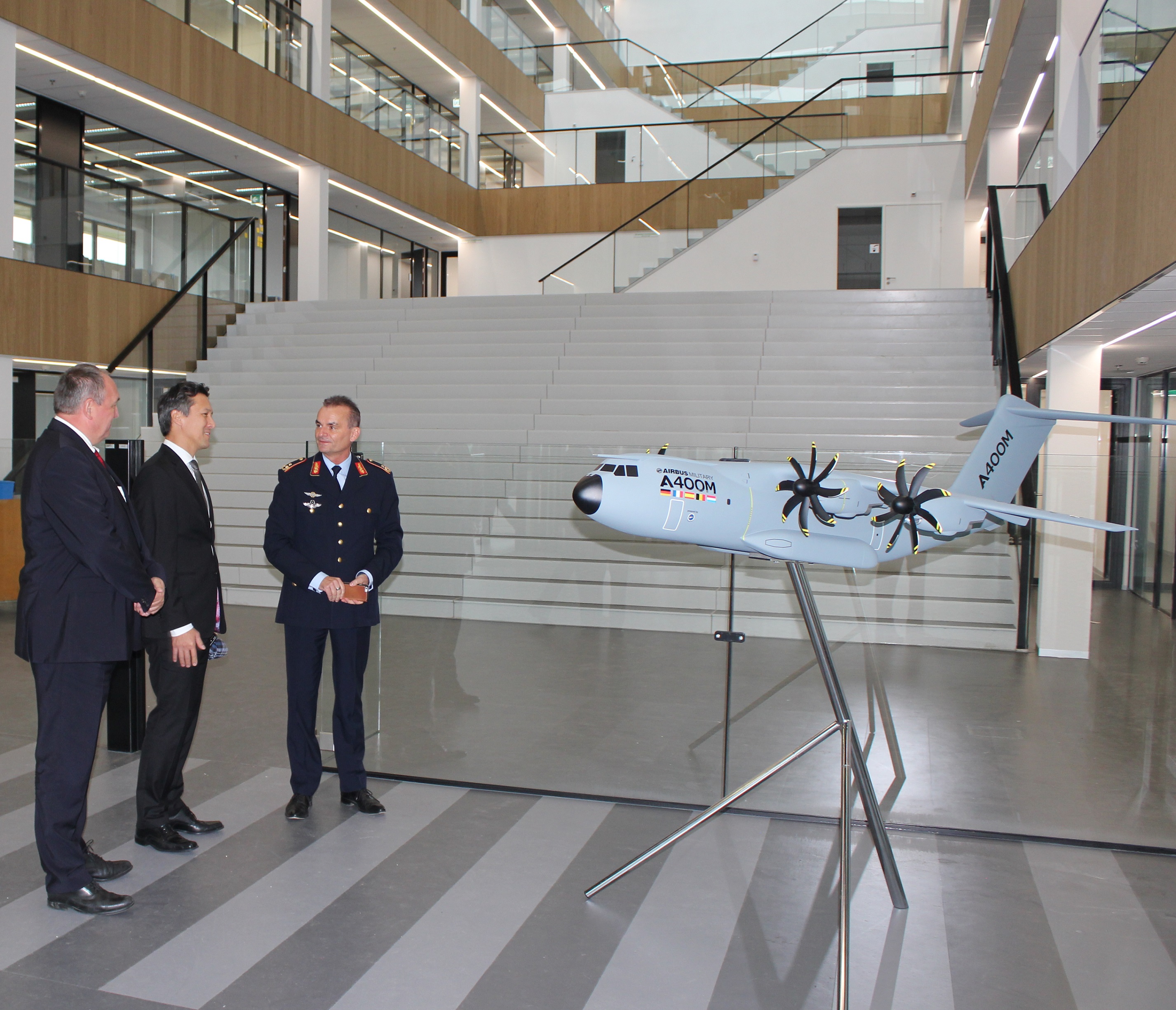 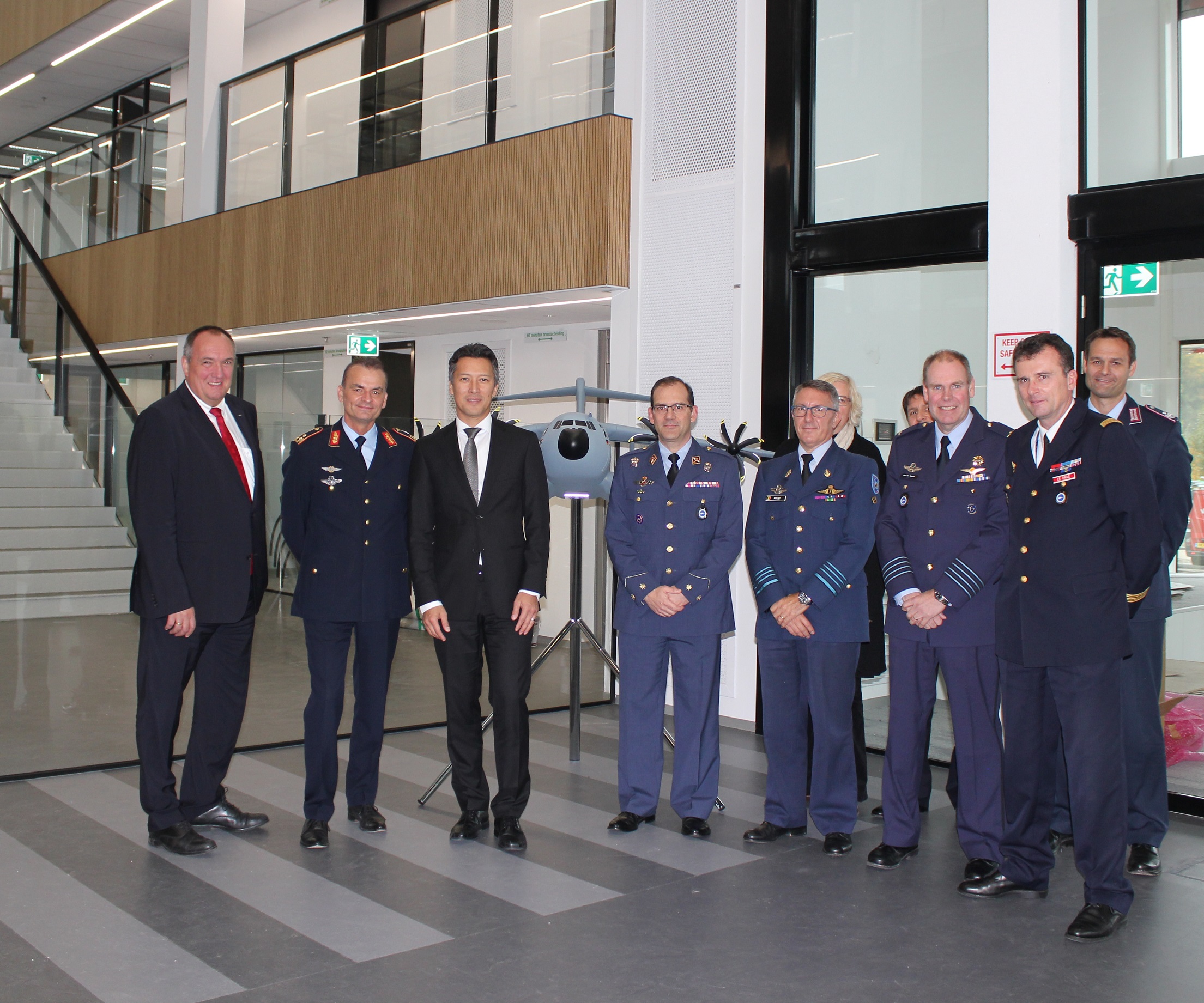