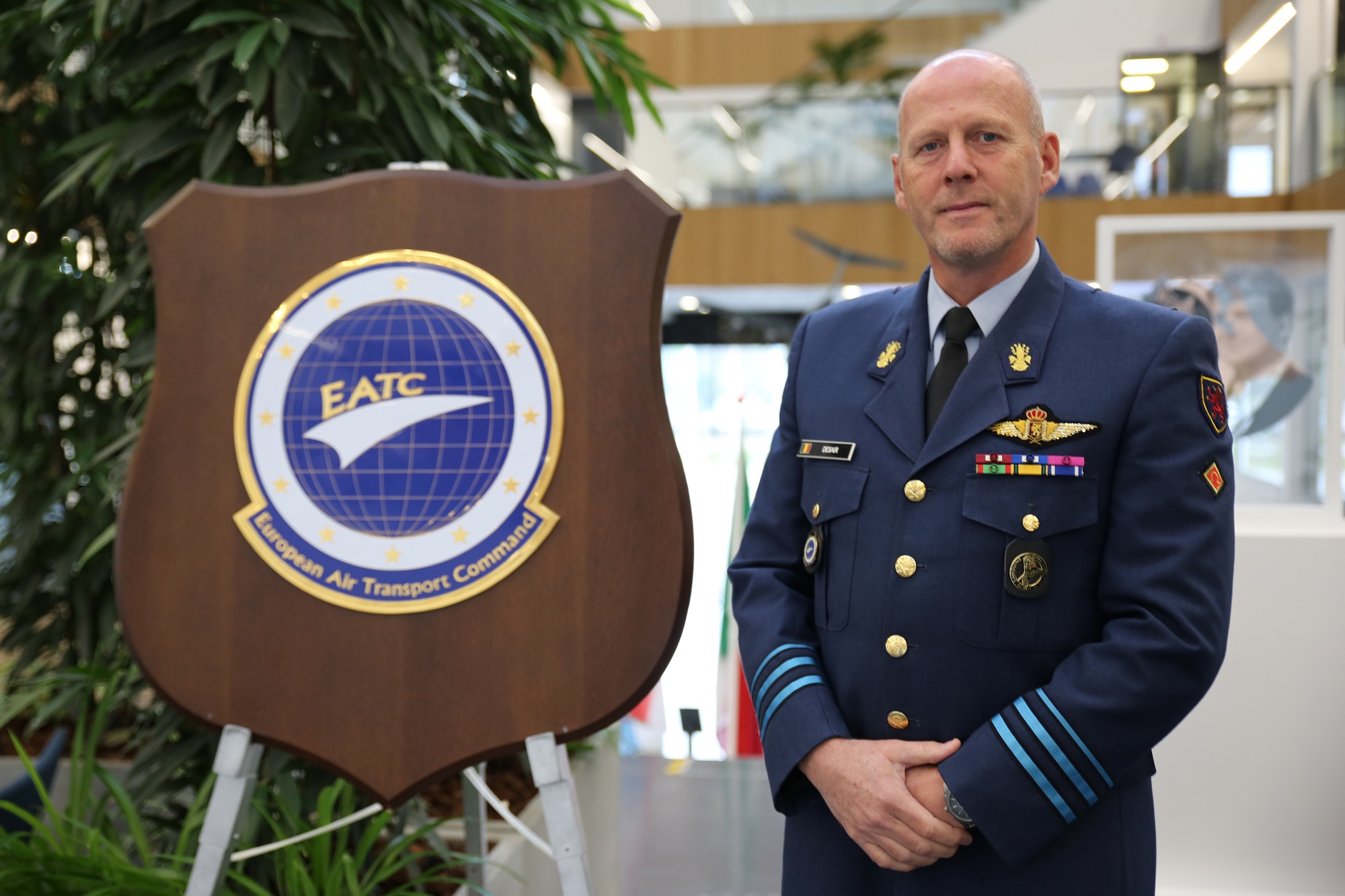 A new Belgian Deputy Commander at the EATC

Brigadier General Desair is a former F-16 pilot. He held various operational functions within the Belgian Air Force and spent several years in the Belgian Defence Staff, taking up responsibilities at important positions. Besides his expertise in the planning and conduct of joint and combined operations in multinational environments, his special interest lies with international relationships at the strategic and political level with regard to the NATO, EU and UN frameworks.

He will now take up the duties as Deputy Commander, as well as being the EATC Director of Operations. For the coming three years, Brigadier General Desair will direct the operations of EATC’s multinational fleet and command major EATC training & exercises, thus ensuring compliance to the EATC goals and values.