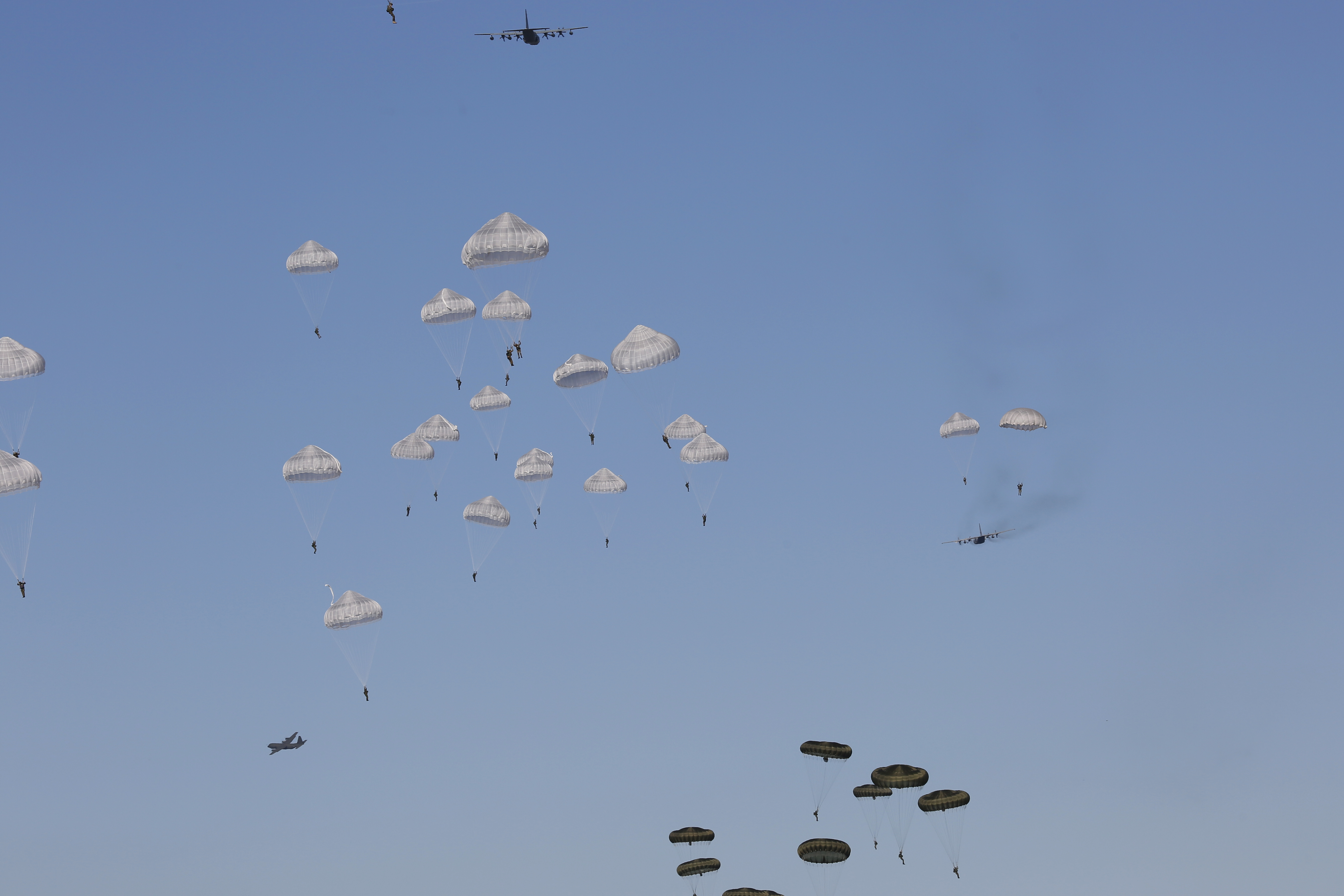 View the photo gallery of the largest airborne exercise and learn how EATC supports Falcon Leap 2019!

When one of the largest multinational parachute exercise takes place in the Netherlands, EATC is in on it.

With 25 missions under EATC operational control, the EATC member nations joined the United States, Great Britain, Poland and South Africa in this major exercise with impressive results : 4.000 parachute jumps were executed in only five days. A special focus was put on cross-parachuting, where paratroopers jumped from other nations’ aircraft, demonstrating defense cooperation at its best. Enhancing cross-parachuting amongst EATC nations is one of the key tasks of EATC.

The nations also commemorated the operation “Market Garden”, the landing operation that 75 years ago launched the liberation of the Netherlands.

Exercise Falcon Leap aims to further integrate airborne operations between NATO-partners. In 2019, nine different countries participate in this exercise with over 1.000 paratroopers. At the same time, they remember their predecessors who jumped at these grounds 75 years ago.
11 Air Assault Brigade is in the lead of this exercise. Within the Dutch Defense they are expert on fast deployment of military troops via air. Spokesman Erik Morren says it is unique to see so many different nations participating to the training. ‘This yearly exercise Falcon Leap is important to us since airborne operations are still the fastest way to deploy large military troops, fast and over a large distance. At the same time we remember our predecessors who gave their live for our freedom 75 years ago.’
The paratroopers are housed in barracks on Harskamp and Schaarsbergen. Some countries bring aircrafts to participate in the Exercise, they are based on Airbase Eindhoven.

The 336 ‘Blackbulls’ Squadron of Eindhoven Airbase coordinate the complete flight program and formation. There was a close collaboration with the 11 Air Assault Brigade for the cargo- and para dropping. The multinational crews were supported by the 336 Squadron, including logistics from cargo handling to fuel provisions. This strong commitment contributed to the great success of the exercise. One team, one mission.