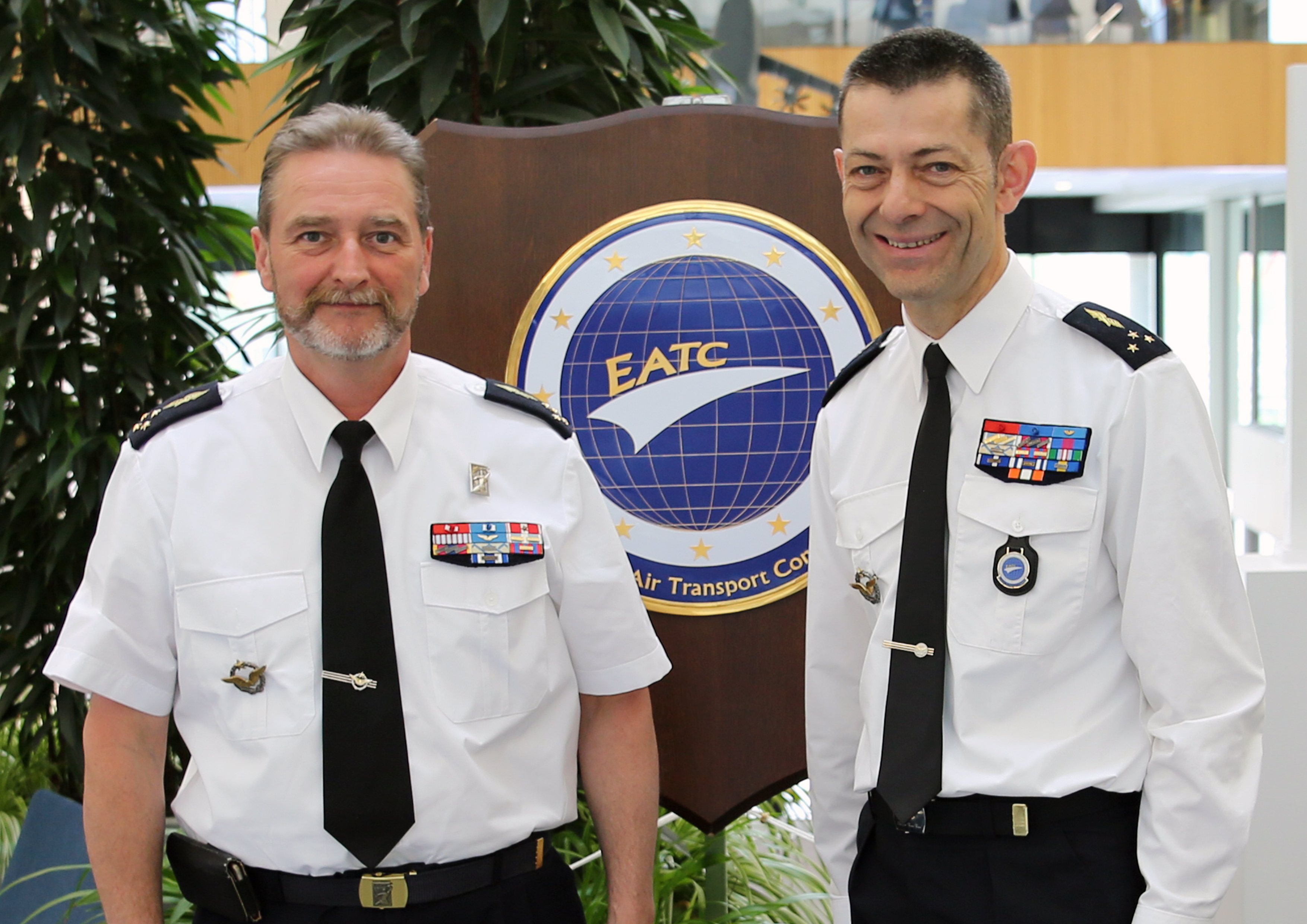 On Thursday 02 May 2019, Major General Marboeuf, Commander EATC, warmly welcomed Lieutenant General Jean-Christophe Zimmerman, the French Air Defence and Air operation Commander.
The visit included a presentation on EATC’s objectives and the coordination level between EATC and the French  Air Defence and Air Operation Command. The generals also discussed the integration of the French personnel into EATC’s multinational command.It was followed by a dynamic visit to illustrate the EATC’s achievements and to focus on the ‘’mission control’’ centre, where the worldwide flight activities are monitored on a 24/7 basis.

At the end of the visit, Lieutenant General Zimmerman met with representatives of the French contingent at EATC.