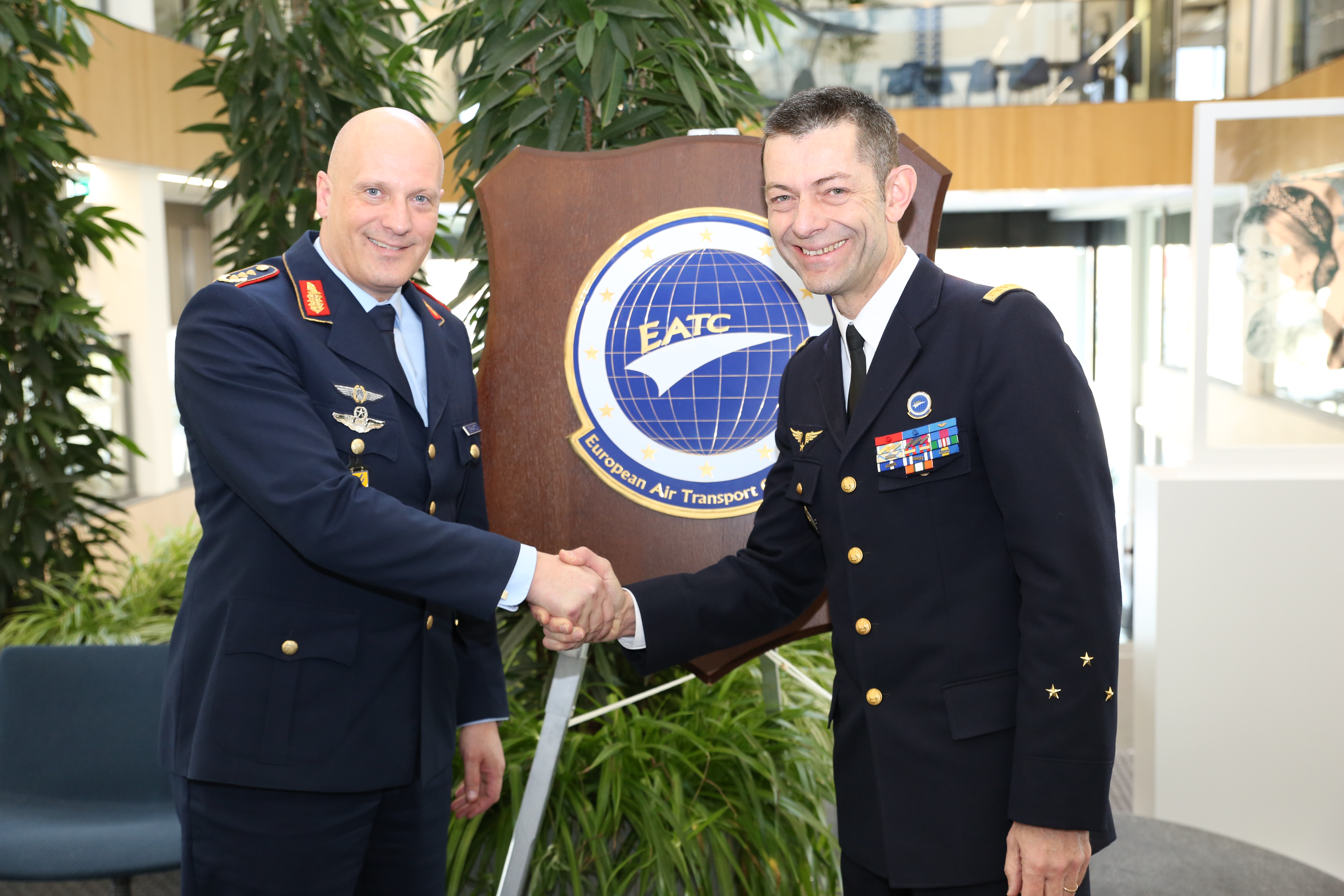 The Chief of Staff of the German Air Force visits EATC.

The visit included a presentation on EATC’s achievements of the past years followed by an outline on the visionary outlook into the future. The generals also discussed the integration of the German personnel into EATC’s multinational command and the Commander EATC congratulated the high professionalism of the German contingent.

Moreover the Chief of Staff of the German Air Force visited EATC’s "mission control" centre, where EATC’s worldwide flight activities are monitored on a 24/7 basis. At the end of his visit, Lieutenant General Gehartz met with representatives of the German contingent at EATC.