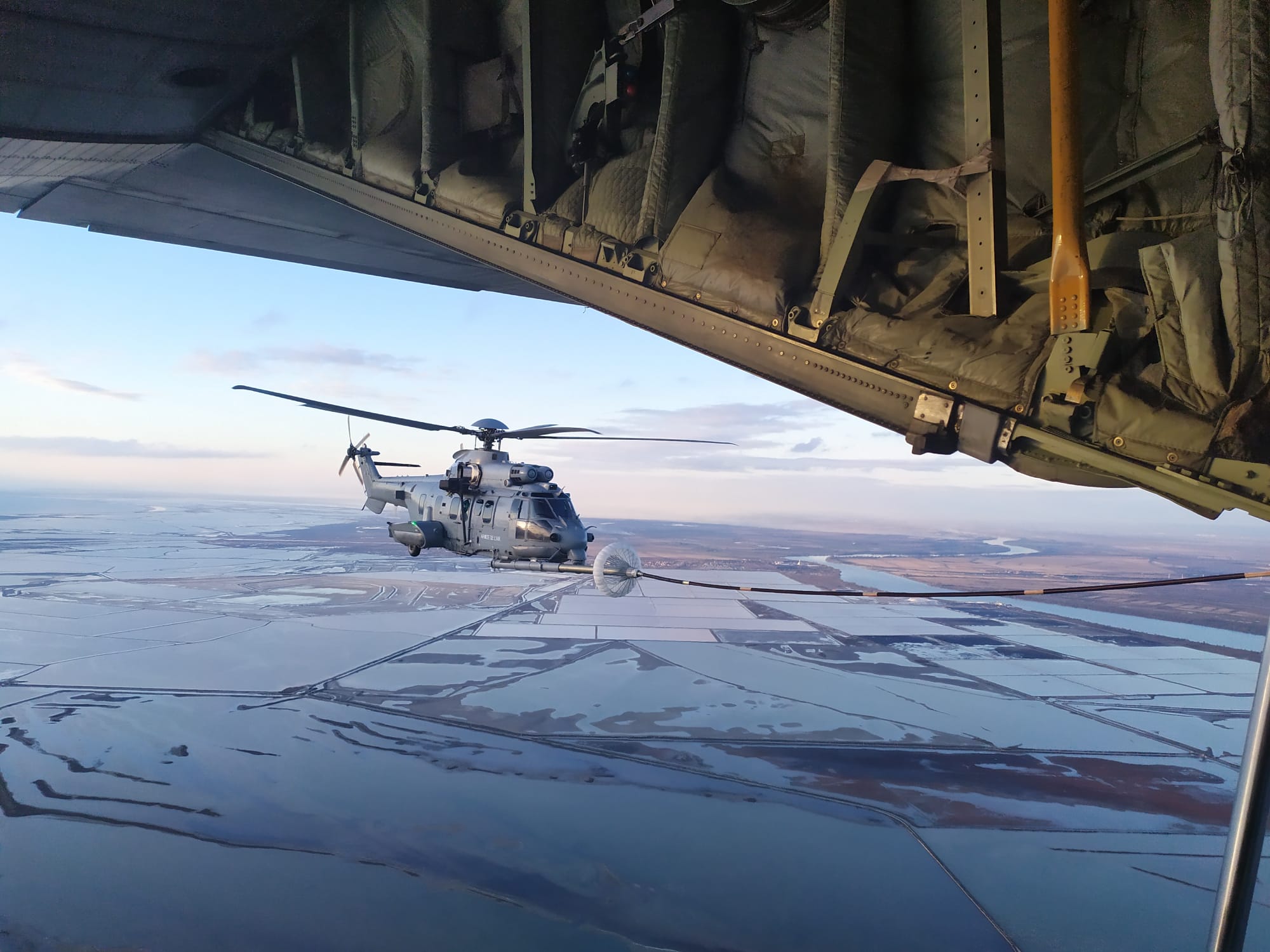 From 18 to 20 November 2019, a Spanish C-130 Hercules air-to-air refuelled for the first time the French Caracal helicopter. The C-130 aircraft was under EATC command and control. It executed one day mission and two night missions over the Biscayan sea air-to air-refuelling a Caracal helicopter. The missions were conducted at various altitudes (4000, 2000 and 1500 feet) and with a speed of approximatively 115 knots/hour.

This event took place in the framework of a cross-AAR* validation campaign during night time. Helicopters are flying at lower speed than fighters so that special AAR equipment for the providing assets is needed. The Spanish air force equipped three out of their five C-130 to air-to-air refuel assets such as helicopters, where as one is actually equipped for night operations.

This common AAR campaign is just another demonstration of EATC’s role as a facilitator among its members and as a key actor to improve harmonisation and standardisation. A step forward for deeper cooperation between France and Spain in real operations.