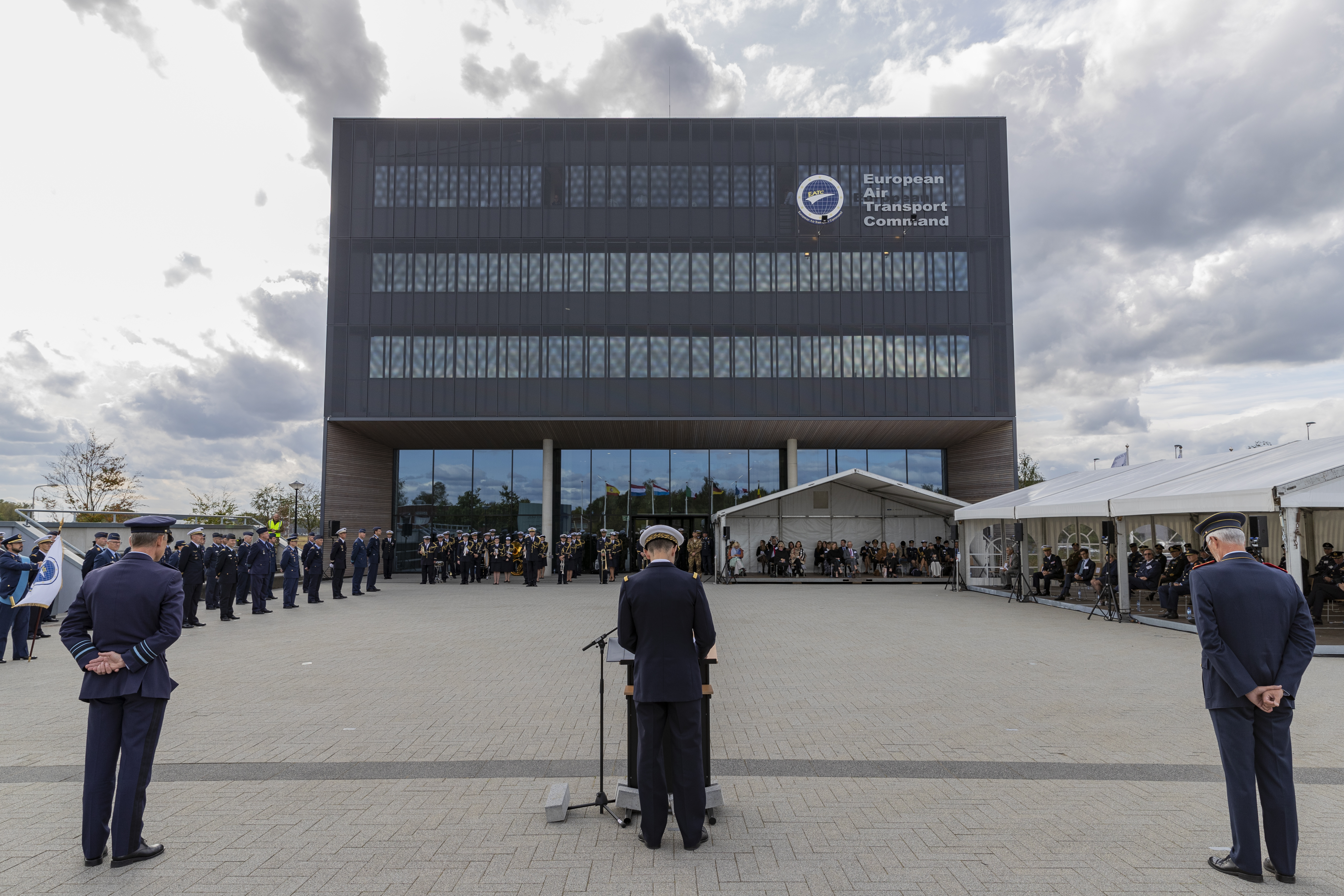 German Major General Schick took over the command of EATC!

On 24 September 2020, German Major General Andreas Schick took over the command of EATC from French Major General Laurent Marboeuf. The official change of command ceremony took place at the EATC headquarters at Eindhoven Airbase in the presence of the Dutch Minister of Defense and high level representatives from EATC nations.

The change of command was under the lead of the Dutch Air Chief, Lieutenant General Dennis Luyt*, who thanked the outgoing commander, General Marboeuf, for his commitment to EATC. General Luyt said “(...) with your focused approach, your vision and leadership, you managed to realise EATC’s vision in such a way that its position has been significantly reinforced.”

Major General Marboeuf thanked the EATC personnel for their support during his 2-year term. “I (...) learnt a lot from working in a multi-cultural environment, and from you all. I have a profound and delighted feeling that I have been part of this unique success story in Europe, called the EATC.”

EATC has no secrets for his successor, Major General Andreas Schick : for the past three years, the general held the position of Chief of Staff of EATC.

In his speech, Major General Schick thanked the nations for the great opportunity offered and for the trust and confidence placed in him. “I am looking forward to developing the various roles and tasks of our command by capitalising on the great potential of our highly qualified staff and this great concept of multinational pooling & sharing.” He added ”(...) we are a service provider to our nations and (...) we have a responsibility towards the aircrews who are out there on their challenging missions – no matter which nationality.”

On the same day French Brigadier General Stéphane Gourg took over the position of Chief of Staff.

*General Lieutenant Luyt is chairman of the “Multinational Air Transport Committee”, highest decision level board and composed of the air chiefs of EATC member nations.