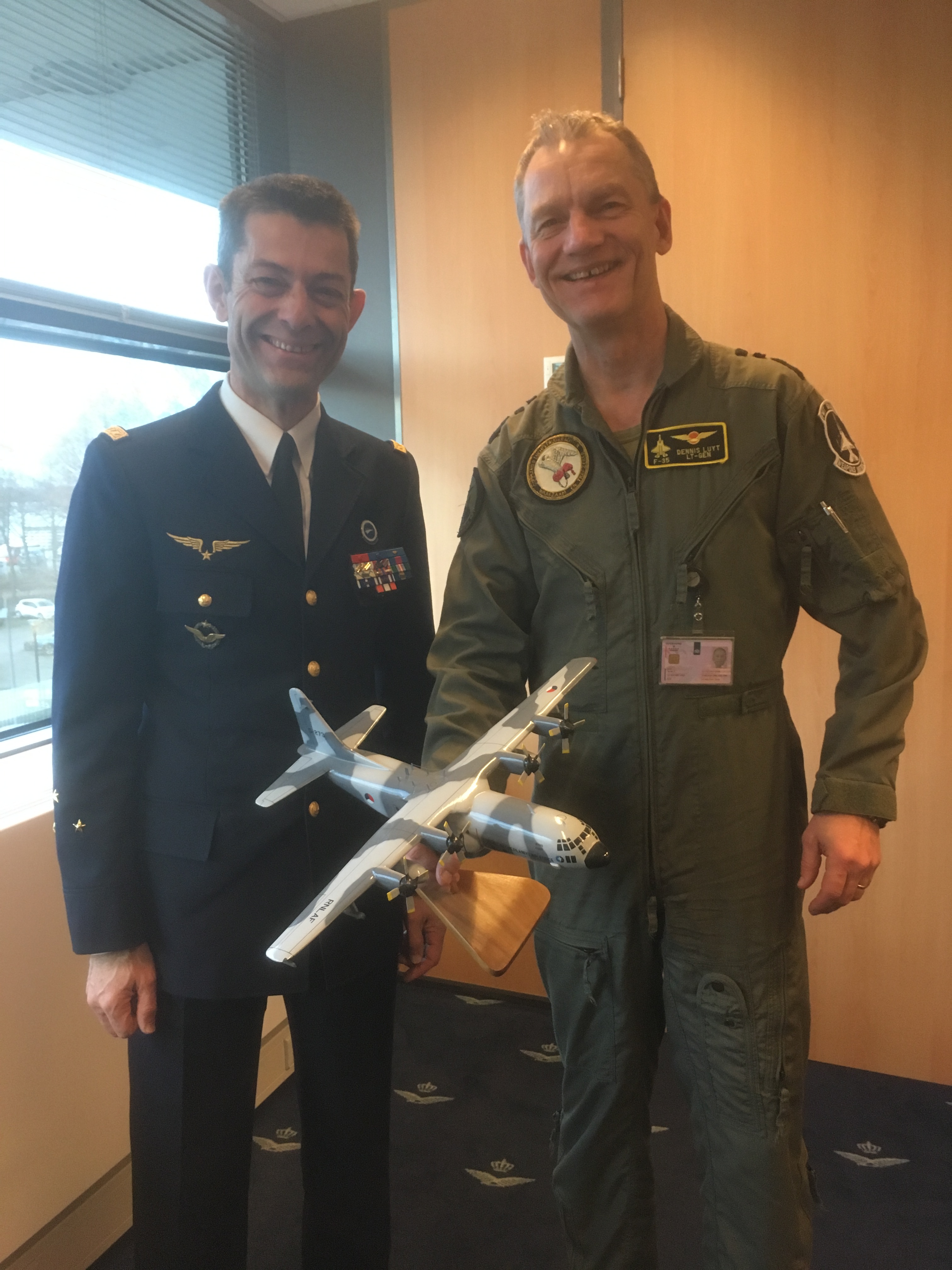 EATC’s roadshows continue with the Netherlands.

On 18 December 2018, the Air Chief of the Royal Netherlands Air Force, Lieutenant General Luyt, welcomed Major General Marboeuf, Commander EATC, at his headquarters in The Hague. Lieutenant General Luyt, who is also chairman of the MATRaC*, congratulated the Commander EATC on the excellent cooperation with the Dutch Air Force. He mentioned in particular the importance to develop a clear view on the future role of the EATC in relation to scenarios of tension. The generals also discussed the beneficial cooperation between the Dutch fighter exercise “Frisian Flag” and EATC’s air-to-air refuelling training “EART”.

This visit took place in the framework of ‘’EATC’s roadshows’’ to the seven  member nations. The ‘’EATC roadshows’’ are organized on a regular basis to strengthen bilateral relations between EATC and its member nations. During a roadshow the partners discuss key subjects, share ideas and approach common initiatives. This results in an increased trust and confidence between the member nations and EATC.