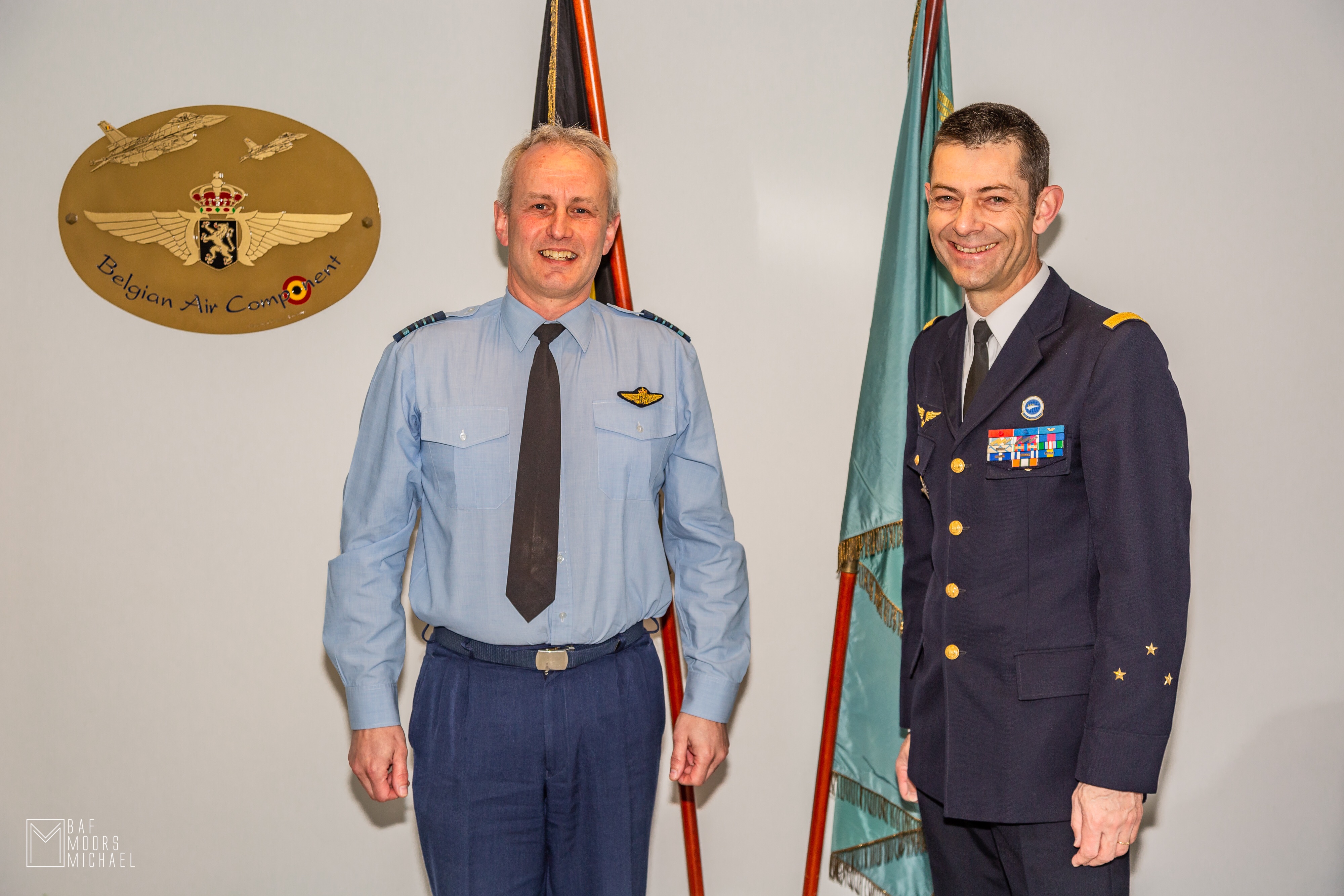 On 03 April 2019, a multinational EATC delegation, led by Major General Marboeuf, Commander EATC,  visited the Belgian armed forces, including the Air Component Command. This visit took place in the framework of the EATC’s roadshows to better satisfy the nations’ needs.

Colonel Givron, Chief of Staff, warmly welcomed Major General Marboeuf at the Belgian Air Component Command. He informed on the transition of the Belgian military air transport fleet, kicking off in 2019 as Belgium is replacing its entire fleet of C-130 and Airbus A321/A330, as well as the VIP fleet, by 2022.  This transformation includes a bi-national (Belgian-Luxembourg) A400M unit in Melsbroek with eight assets and a commitment of one equivalent aircraft with the multinational MRTT unit in Eindhoven. The future of the VIP fleet is in a planning phase awaiting a contract approval by the  Belgian Government.

Major General Marboeuf, backed by the experts from EATC’s  functional division, detailed on EATC’s activities in the A400M and MRTT domain. Topics like “sharing aircraft ground equipment during exercises and operations”, “harmonizing passenger/cargo regulations”, “sharing of technicians”, etc… are key to the development of  the Belgian air components’ deployment plans with respect to these new capabilities.

The visit continued to the “joint level”, where Major General Dupont, Deputy Assistant Chief of Staff for Operations and Training, warmly welcomed the Commander EATC. The head of the Belgian MTCC* provided insight into the functioning of his organisation and the ties with the different sections of EATC’s operational division. He also updated on the major operational theatres and exercises during the 2nd semester 2019.

EATC informed on the current dynamics to foster pooling and sharing and highlighted its ambition to increase the capabilities of the shuttle system, that was launched late 2017. As part of the consolidation of this shuttle system, Belgium will investigate opportunities for win-win situations, in particular in the light of the transformation of the Belgian military air transport fleet.