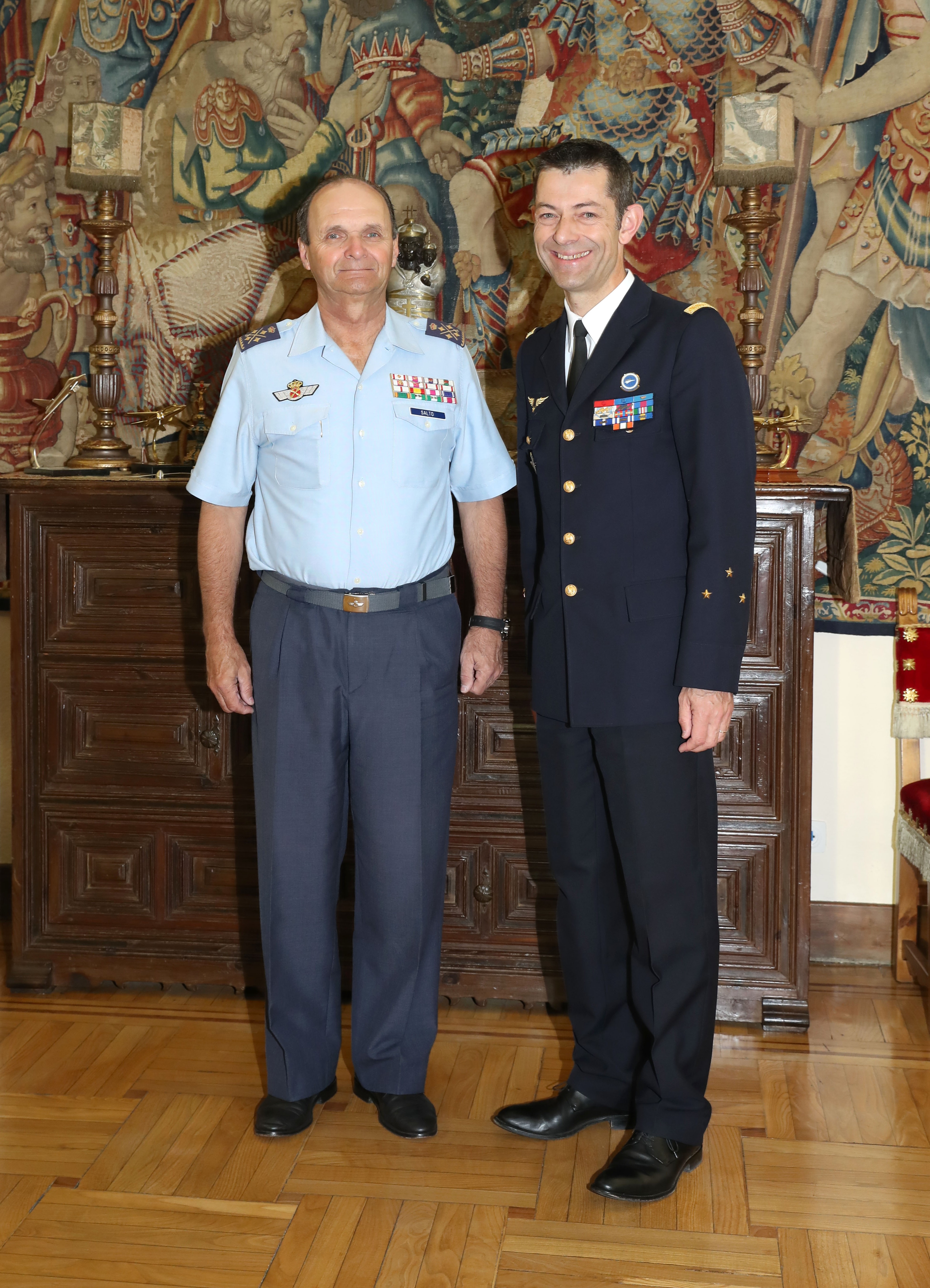 On the 22nd and 23rd April , a multinational EATC delegation, led by Major General Marboeuf, Commander EATC, visited the Spanish Air Force Headquarters in Madrid. This visit took place in the framework of the EATC’s roadshows to exchange information, share priorities, and at the end, to achieve EATC’s overarching goal of better satisfying the needs and requirements of the participating nations and also reinforce confidence.

During the meetings, EATC reported on the current dynamics to foster “pooling and sharing” and highlighted its ambition to increase the capabilities of the shuttle system (launched late 2017). It reported about the Spanish participation in all interoperability domains in the functional mission of EATC and underlined the fully integration of the Spanish aeromedical evacuation system into EATC. Furthermore EATC put also emphasis on the cooperation with the European Tactical Airlift Centre in Saragoza (ETAC).

On the other hand, the Spanish Air Force representatives informed about the strategic airlift and the Air to Air Refuelling capability, as well as the transition plan from C-130H to the new A400M, a challenging process, in which the Spanish Air Force will be involved during the next years.

The visit continued on 23 April, when General Marboeuf was warmly welcomed by the Spanish Air Chief, Air General Javier Salto, and the Deputy Chief of Staff, Lt General Javier Fernández. The generals emphasized that maintaining strong links and mutual knowledge are key factors for the excellent collaboration between Spain and EATC. Main discussion points included the consolidation in the use of all the capabilities offered by the EATC. They also analyzed the development of the EATC, focusing on strategic issues and future challenges, and preparation of EATC for the future.