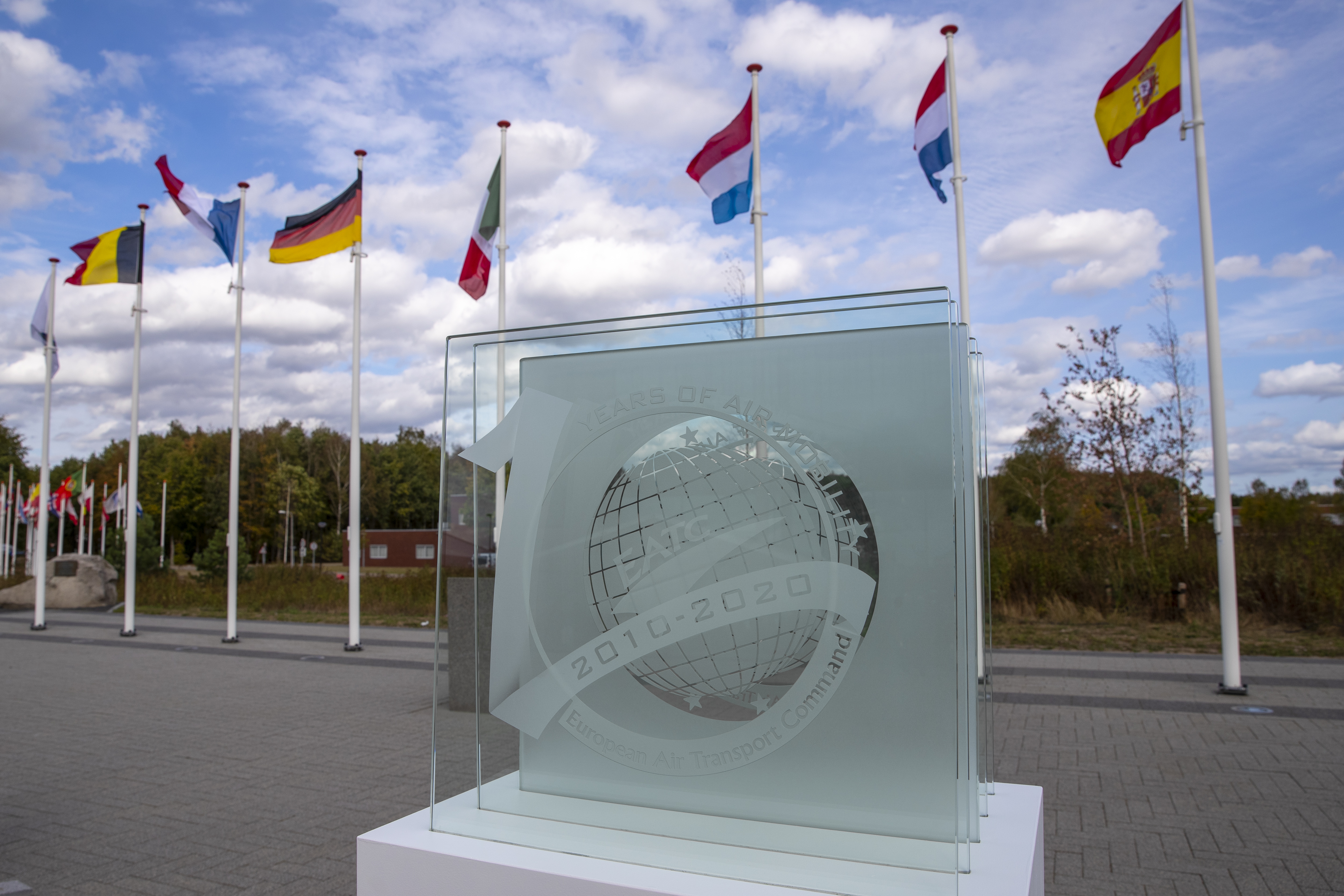 On 24 September 2020, EATC celebrated officially 10 years of air mobility. The celebration took place at EATC headquarters on Eindhoven airbase in the presence of the Dutch minister of Defence and a limited* number of high level representatives.

In his opening speech, the Dutch airchief and chairman of the MATraC**, Lieutenant General Dennis Luyt, emphasized that EATC is “a lighthouse for cross national cooperation, cultural exchange, transparency and mutual understanding.” He added that “The success of EATC was never considered as being granted. But vision, energy, trust and hard work of all the people working for the EATC have paid off. Today we can assess that EATC’s first decade is a story of success (...).”

To honour ten years of multinational success in air-mobility, the minister, Mrs Ank Bijleveld, and the Commander EATC, Major General Laurent Marboeuf, unveiled a 10th anniversary glass commemorative piece of art. This extraordinary piece will be displayed at EATC headquarters. Representatives of Airbus also handed over a mock-up of a A330 MRTT to decorate the impressive entrance of the EATC building.

The Dutch minister highlighted in her speech the importance of EATC and the multinational cooperative efforts between our nations. She also valued the commitment and professionalism of the EATC team. “And because of the efforts of (...) people, who always think in terms of possibilities and opportunities and therefore bridge cultural and operational differences.”
All ministers of Defence from EATC’s member nations sent their Happy Birthday wishes via a video message.

The festivities were musically accompanied by the French military orchestra, Musique de l’Air.

* due to Covid-19 restrictions
** Matrac : “Multinational Air Transport Committee”, highest decision level board and composed of the air chiefs of EATC member nations.