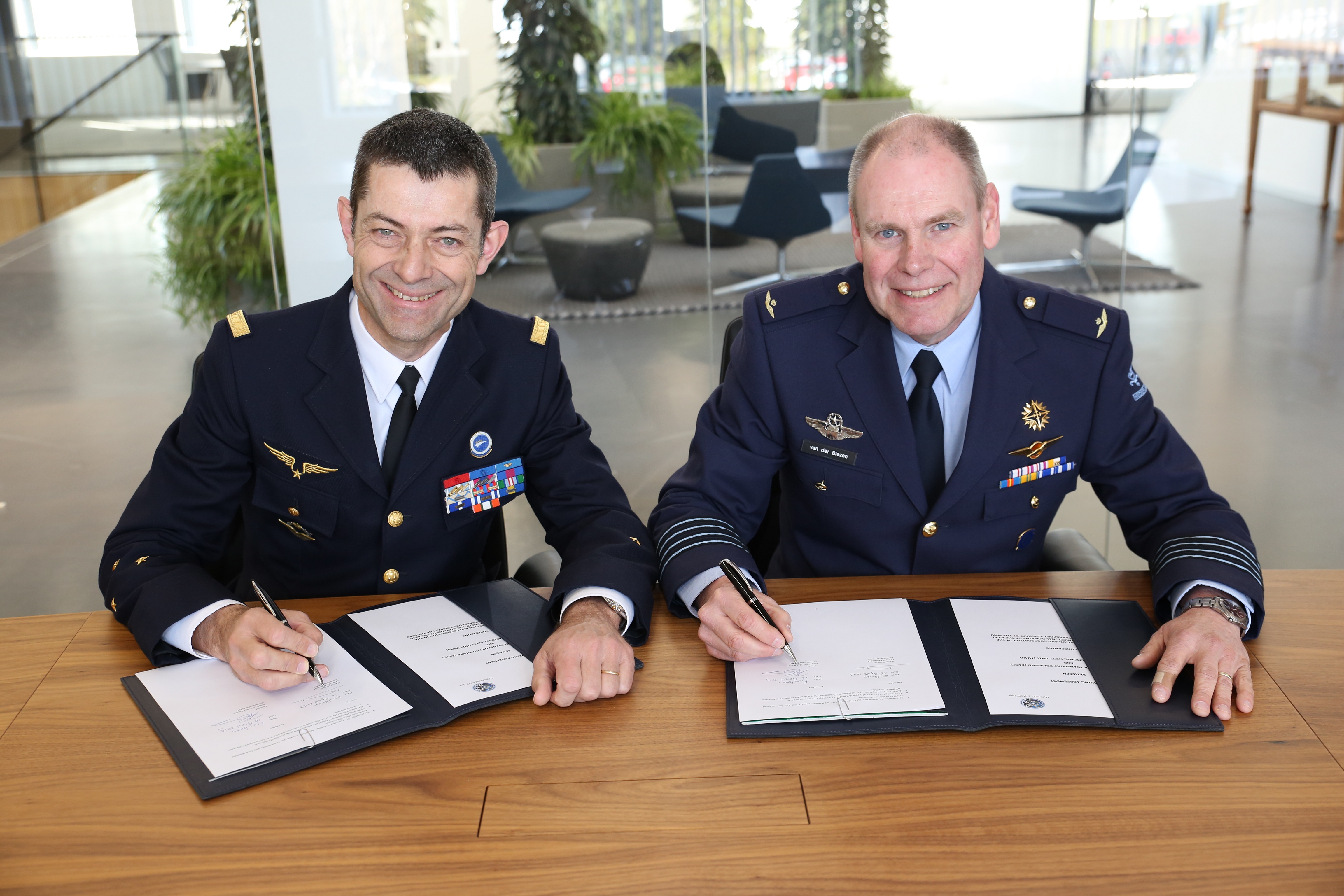 On 16 April 2019, Major General Marboeuf, Commander EATC, and Colonel van der Biezen, Commander MMU*, signed a working agreement regarding the joint optimisation and cooperation in the operational and functional domains of the A330 MRTT aircraft.

The MMF and EATC will closely work together, both in operational and functional domains. They aim to enhance synergies and interoperability, facilitate common action and contribute to the best use of respective resources. The signature confirms the two partners’ intent to achieve an efficient European air-to-air refuelling, air transport and aeromedical evacuation capability. In due time the Commander EATC will receive operational control of the first MRTTs. Thus EATC will provide planning, tasking and mission control of this significant A330 MRTT fleet.

The signature of this working agreement is the starting point of a fruitful cooperation between the two entities and prepares the way for the MMU to become the first multinational force provider to EATCs’ capabilities portfolio.

The EATC and the MMU are both based at the Eindhoven airbase. The airbase has developed into a center of international cooperation in air transport with the EATC, the MMU and the MCCE** located on its premises.