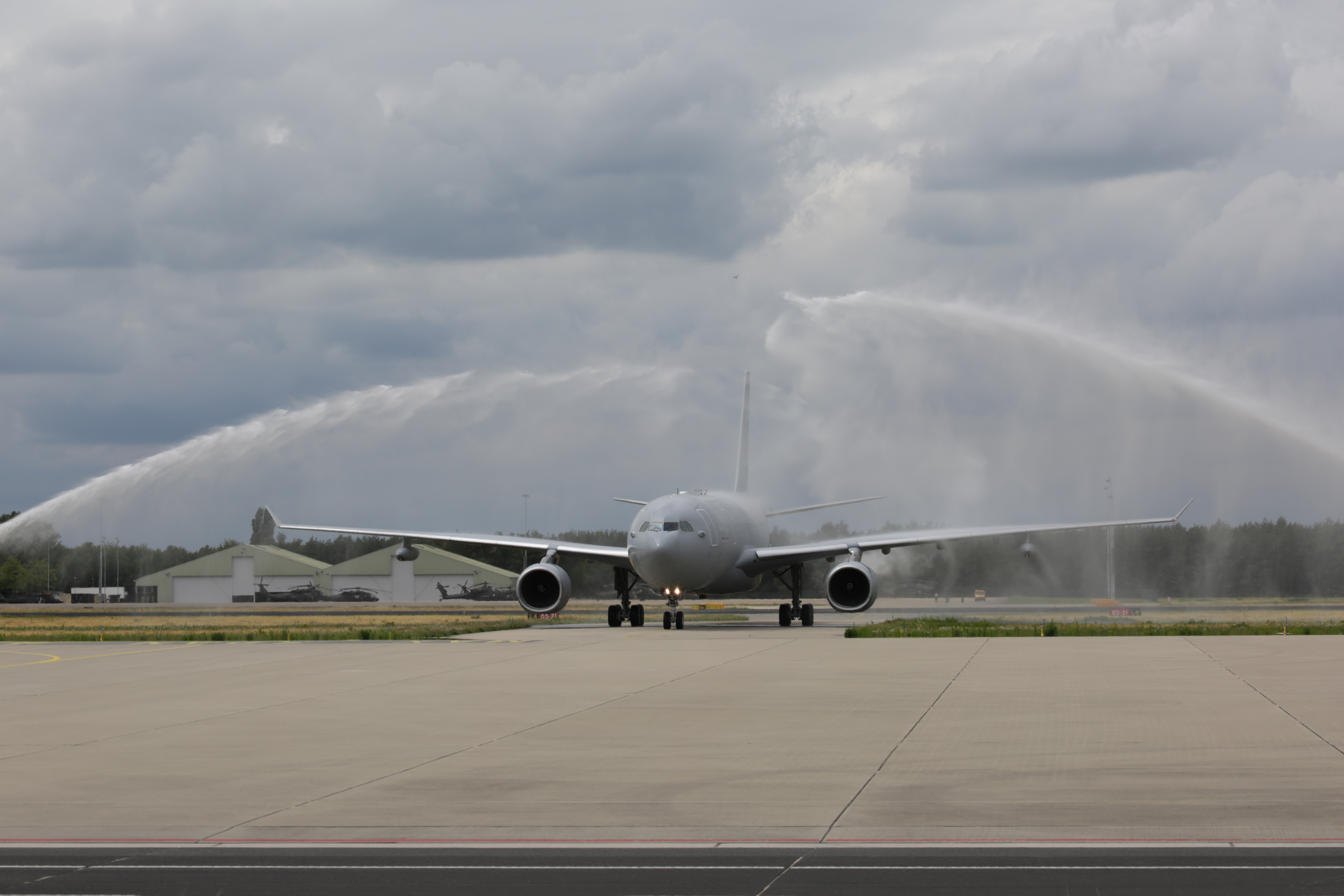 EATC and MMU : taking to the air!

On 30 June 2020, EATC commanded a delivery transfer flight of an MMU** operated A330 MRTT* aircraft with destination Eindhoven airbase.

This is a première for the MMU and for EATC : it is the first A330 MRTT handed over to the MMU and hence the first flight of an MMU asset under EATC’s operational control. On this late June day, the aircraft with the tail number T-055 left Getafe in Spain to land a couple of hours later in its main operating base at Eindhoven airbase.

EATC and the MMU look back at a fruitful cooperation. In 2019 they signed a working agreement that aims to pave the way for the operational and functional use of the A330 MRTT. EATC integrated the MMU as an executive agency into its processes and procedures in order to be ready for operational activities. On 04 June 2020, the Commander MMU transferred the authority of the A330 MRTT aircraft to EATC. With this transfer, EATC receives the overall responsibility to plan and execute the missions.

“EATC broke new ground with the integration of the MMU as the first multinational unit into EATC’s processes. Both our teams did a great job, facilitating common action, enhancing interoperability and always looking for the best use of respective resources. Thanks to this commitment, we are ready for the MMU and for future multinational units that join our air transport world.” says Brigadier General Agresti, Deputy Commander EATC. “We will continue to forge our cooperative efforts through a strong relationship.”

The MMU will operate eight Airbus A330 MRTT aircraft. The unit is based in two permanent operating bases, the “Main Operating Base” in Eindhoven, the Netherlands, and the “Forward Operating Base Plus” in Cologne, Germany. It will operate eight collectively acquired aircraft, whereas five of these will be based at Eindhoven airbase and three at Cologne airbase. As of end 2021, one of the assets located at Cologne will permanently be on stand by for medical evacuations.

The first aircraft is handed over to MMU on 29 June 2020 and two more are expected until the end of the year. The crews will start being trained and as of September 2020, the MMU intends to be ready to execute missions on behalf of its six member nations, Belgium, Czech Republic, Germany, Luxembourg, The Netherlands and Norway.

EATC will task and command the training missions for the crews, technical flights on behalf of the unit as well operational missions in air-to-air refuelling, air transport and medical evacuation configuration. It will have the overall responsibility for the apportionment of assets and the tasking of units in order to meet operational requirements.