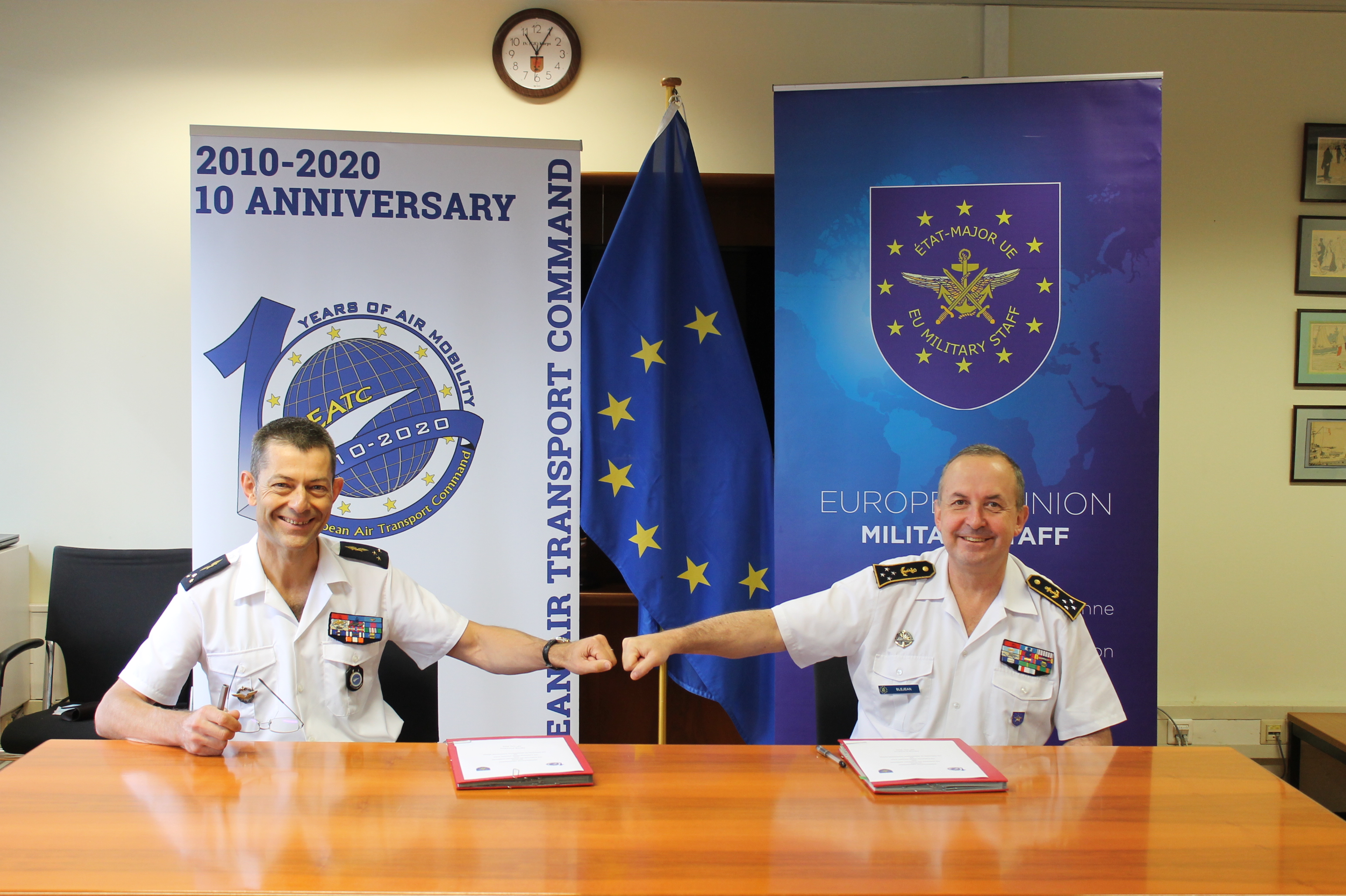 EATC and EUMS strengthen cooperation on the field of aeromedical evacuation

On 29 July 2020, Major General Laurent Marboeuf, Commander EATC, and Vice Admiral Hervé Bléjean, Director General EUMS, signed an arrangement regarding the provision of aeromedical evacuation expertise. With the signature of this agreement, EATC’s medical experts will advice the EUMS in the sensitive subject of aeromedical evacuation of patients from EU non-executive missions.

The Commander EATC and the Director General EUMS also reviewed the impact of the pandemic COVID-19 crisis and the lessons learned. Additionally they discussed a potentially further increased cooperation between EATC and EUMS.

More information on the new agreement between EATC and EUMS.
In order to support EU troop contributing nations in strategic aeromedical evacuation, the EUMS will seek EATC’s medical expertise, through EATC’s highly experienced and professional “Aeromedical Evacuation Control Centre”. The AECC is composed of flight surgeons and flight nurses, all expert in aeromedical evacuation missions. They coordinate the worldwide 24/7 transportation of over 1000 patients a year on behalf of EATC's member nations. Through the enhanced cooperation with the EUMS, the AECC will support EUMS with specific patient related aeromedical advice as well as with generic expertise to crisis response preparation and planning.

In 2016, the Commander EATC and the Director General EUMS confirmed in a “Letter of Intent” their intention to reinforce the relationship and to enhance cooperation between functional subject matter experts. With this newly signed administrative arrangement, EATC has a concrete achievement of this existing mutual cooperation framework in the aeromedical evacuation domain.