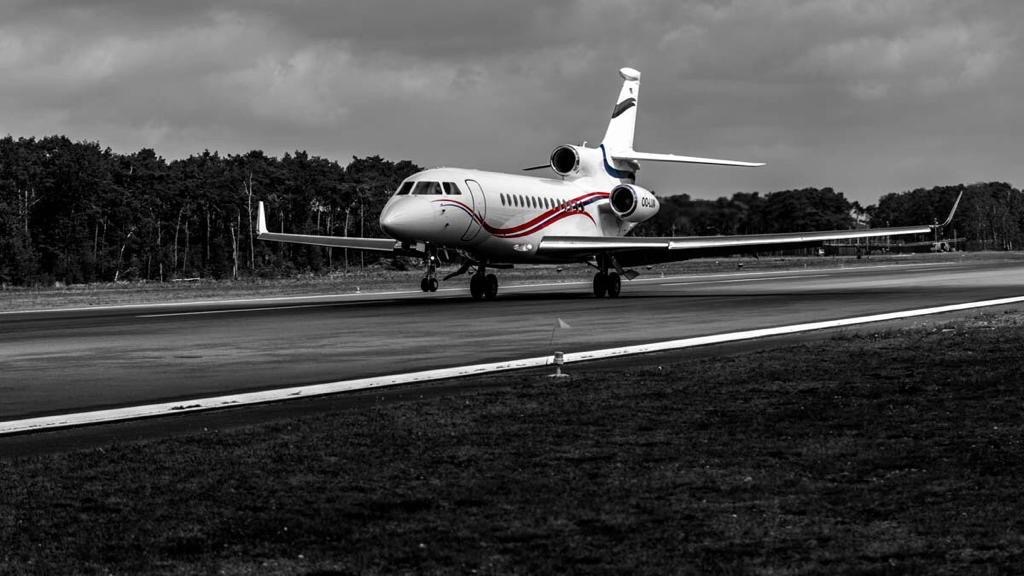 On 29 April 2020, the Belgian Air Force executed the first training flight with the recently contracted Falcon 7X. The training took place at Kleine-Brogel air base located only around 40 km from EATC’s headquarters and the flight was executed under operational control of EATC.

“Line training missions” will now be executed to consolidate the qualification of the crews from the 15th Wing Air Transport stationed in Melsbroek (Belgium). In approximately three weeks, the crews will be ready to execute “real” missions on board of this new aircraft. In the next months, additional crews will be trained and a second contracted aircraft will be available.

Last week, EATC and the 15th Wing executed a “table top exercise” to prepare the entry into service of this new asset. The objective was to create “simulated” missions and to assess if all the processes could be executed without problems.

“The table top exercise was most beneficial and valuable to the 15th Wing and to EATC. Together we identified useful lessons learned and today, we may say that EATC is ready to exercise operational control over these two new assets” says Belgian Major Avi Marc Charlier, Deputy Head Employment Branch.

Watch the video of the new Belgium Falcon 7X - here

More information on the Falcon 7X

The Falcon 7X is a last generation “Long Range Jet”, operated worldwide as VIP Aircraft. Multiple configurations are possible and up to 16 passengers can be transported on very long distances. The Falcon 7X is normally operated with two pilots and one cabin attendant. Augmented or reinforced crews are also possible, increasing the possible flying time and subsequently the maximum range. The Falcon will typically fly between FL390 and FL430, at a cruising speed of Mach 0.83.