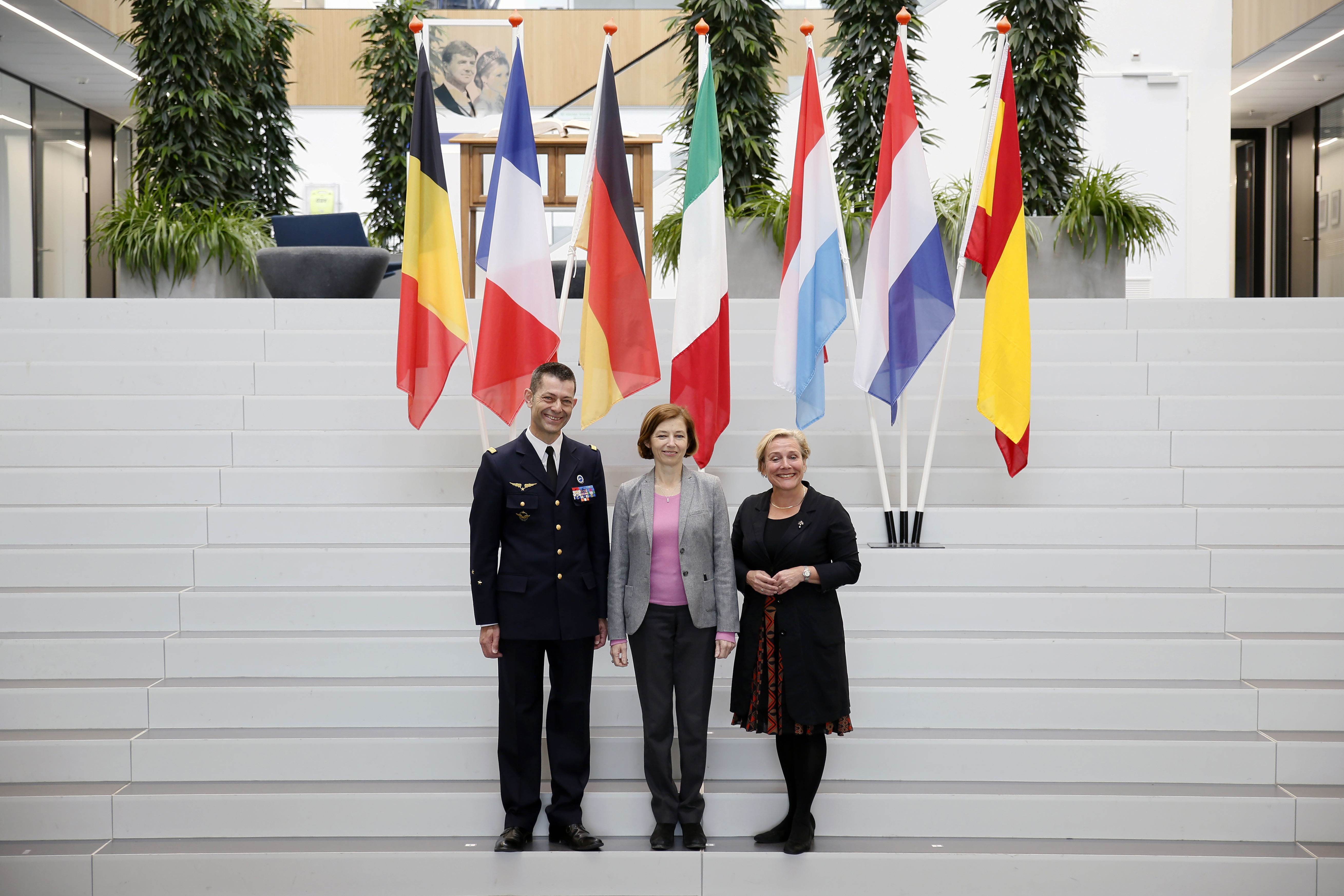 On Monday 6 May 2019, the Minister of Defence of the Netherlands, Ank Bijleveld-Schouten and the Minister for the French Armed Forces, Florence Parly, were warmly welcomed by the EATC Commander, Major General Laurent Marboeuf.

Major General Marboeuf presented EATC's business model and outlook into the future. He then guided the ministers on an interactive and dynamic tour through the headquarters. Experts informed the ministers on the operational processes, showcased the successes of the medical evacuations and introduced them to EATC's functional domain. Mrs Bijleveld-Schouten and Mrs Parly also visited EATC’s “Mission Control”, where EATC’s worldwide flight activities are monitored on a 24/7 basis.

Both ministers highlighted EATC's recognized success in the European defense domain and congratulated on the excellent cooperation among the partners, as well as the important trust and confidence that EATC gained from its member nations. The ministers endorsed the importance to comply with harmonised procedures and common regulations. They support any opportunity to achieve more by working closely together.

At the end of the visit, Mrs Bijleveld-Schouten and Mrs Parly met with representatives of the respective Dutch and French contingent at EATC.