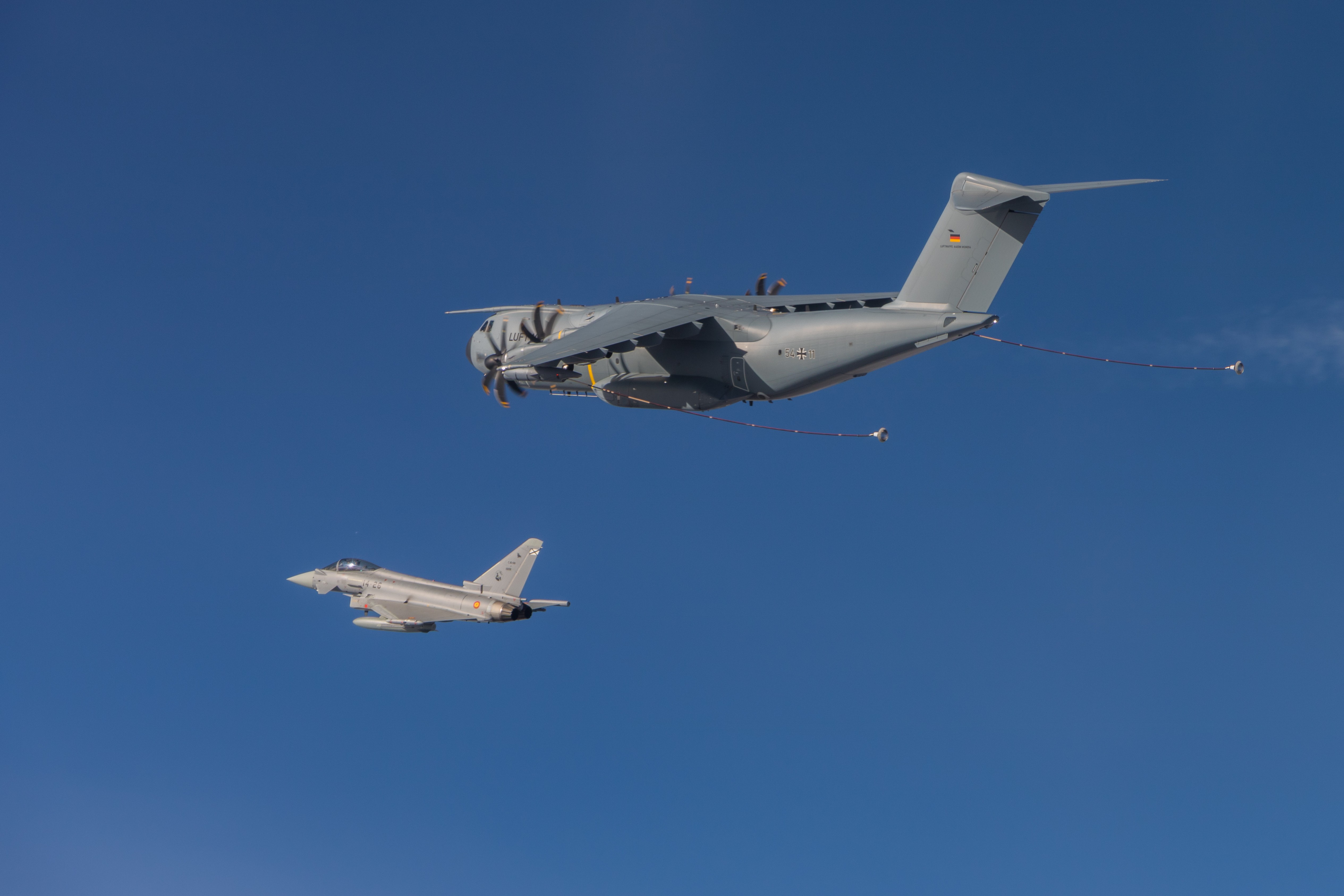 On 13 November 2018, for the first time, A400Ms air-to-air refuelled EF2000 Eurofighters. This event took place in the framework of a Spanish EF2000 AAR* validation campaign.

Moreover this campaign is the basis of very fruitful exchange process between the Spanish Air Force and the German “Luftwaffe” : under EATC command and control, a German and a Spanish A400M air-to-air refuelled together Spanish fighters. Germany is also participating in the campaign to facilitate cross clearances in the near future. On the other hand, Spain was an observer during a former German A400M ground testing.

The Spanish TK.23 A400M that took part in this campaign was delivered in July 2018. This air-to-air refuelling campaign is part of the TK.23 A400M mandatory “operational acceptance phase” aiming to pair clearance processes and perform flight testing.

photos kindly provided to us by the Spanish Air Force