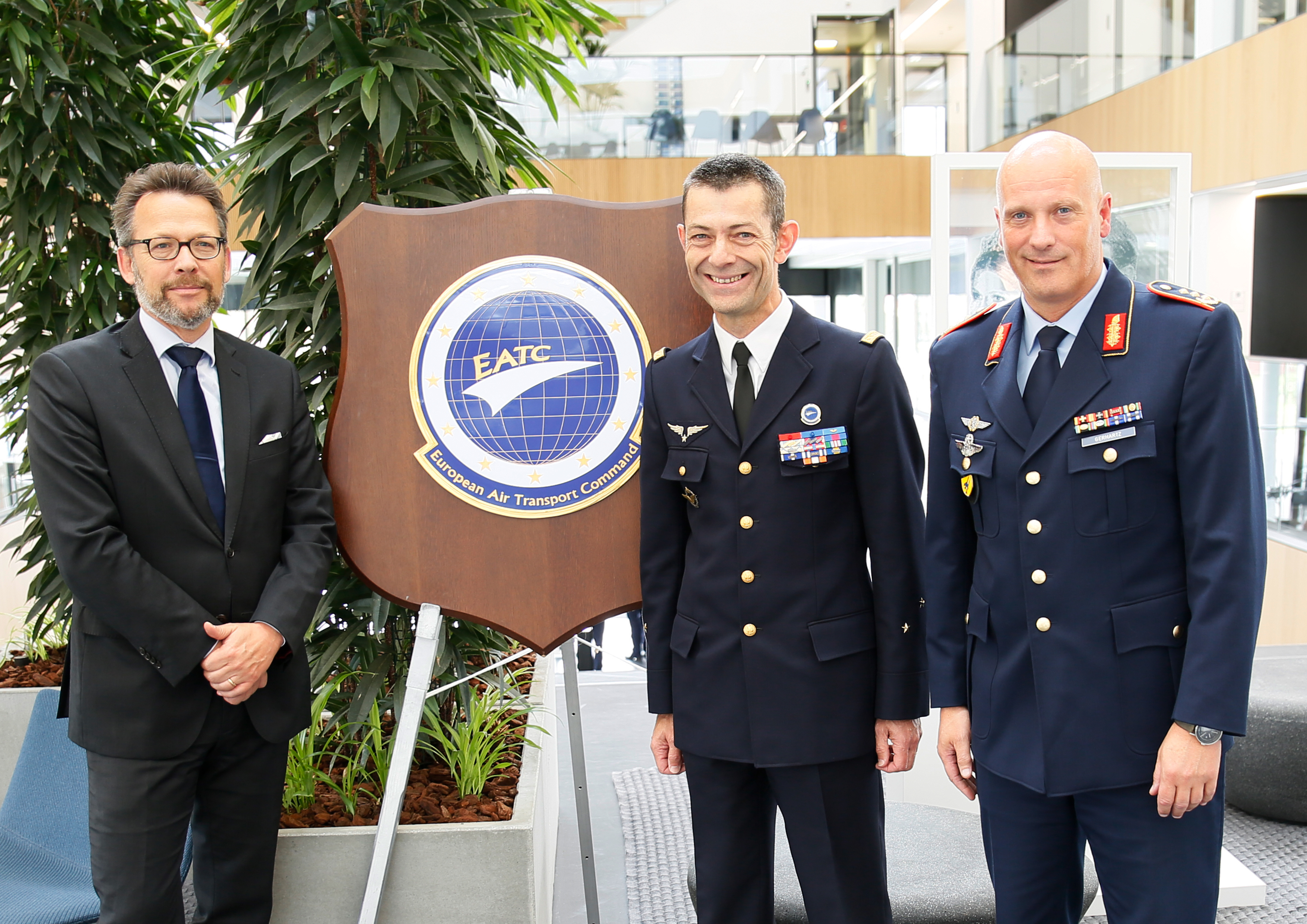 The visitors were in particular interested in EATC’s key role as a true enabler of Air Mobility in Europe and the integration of the German personnel into EATC’s multinational command.

The delegation got an inside view of the EATC headquarters, in particular the “tasking” branch, where all EATC worldwide flight activities are planned, and “Mission Control”, where the missions are then monitored on a 24/7 basis.

The Commander EATC commended the high professionalism of the German contingent.