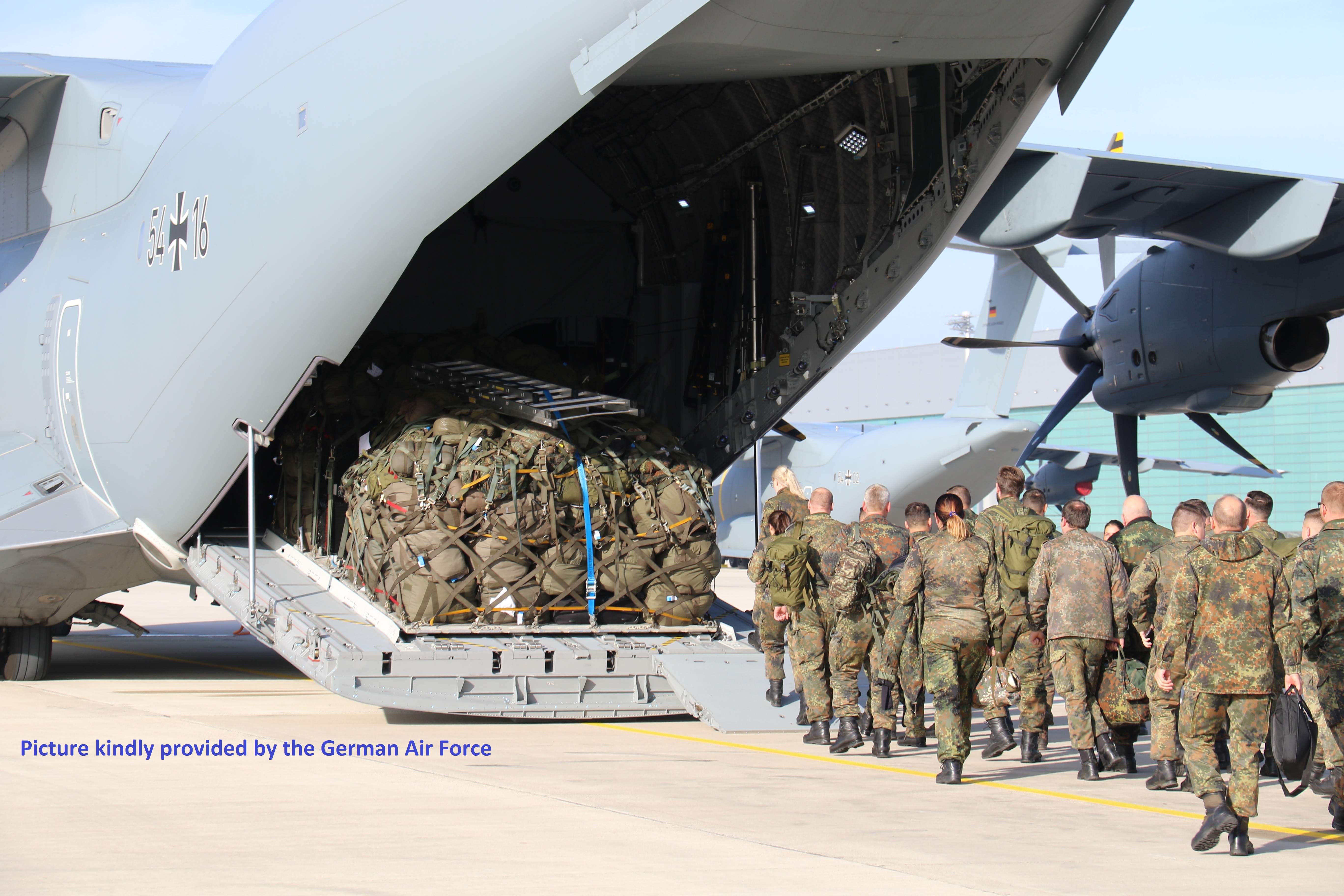 The seven EATC member nations participate in NATO’s major exercise Trident Juncture 2018. EATC supports them by planning and ultimately commanding and controlling over 150 missions. The latter include the deployment and redeployment of troops and cargo to the theatre and back to the home base, but also intra-theatre missions and air-to-air refuelling missions that are to be executed during the exercise.

Trident Juncture 2018 is NATO’s biggest exercise in years and takes place from 25 October to 07 November 2018. EATC tasks and controls missions on behalf of its member nations for over 6 months. The first missions started this summer – the final mission will probably be executed early in 2019. Currently 2.000 troops and over 230 tons of cargo are planned to be transported.

In order to prepare the Trident Juncture concerns, EATC also appointed single points of contact to coordinate closely with the nations. In this way EATC offered the best possible service to its member nations! The appointed experts responded to the needs of each single nation, chose the best assets to meet their requirements and offered wherever possible pooling and sharing air transport solutions. Over 13% of the transported troops and cargo are currently planned to be pooled and shared among the 7 EATC member nations. Moreover EATC’s experts participated in various NATO planning and coordination conferences in order to harmonise EATC member nations’ air transport needs with NATO planning.

EATC’s support to Trident Juncture 2018 is a perfect example of facilitating a significant deployment in Europe. It demonstrates once more EATC’s efficiency and effectiveness. The seven member nations can fully rely on EATC to deliver competence and commitment in the domain of air mobility.