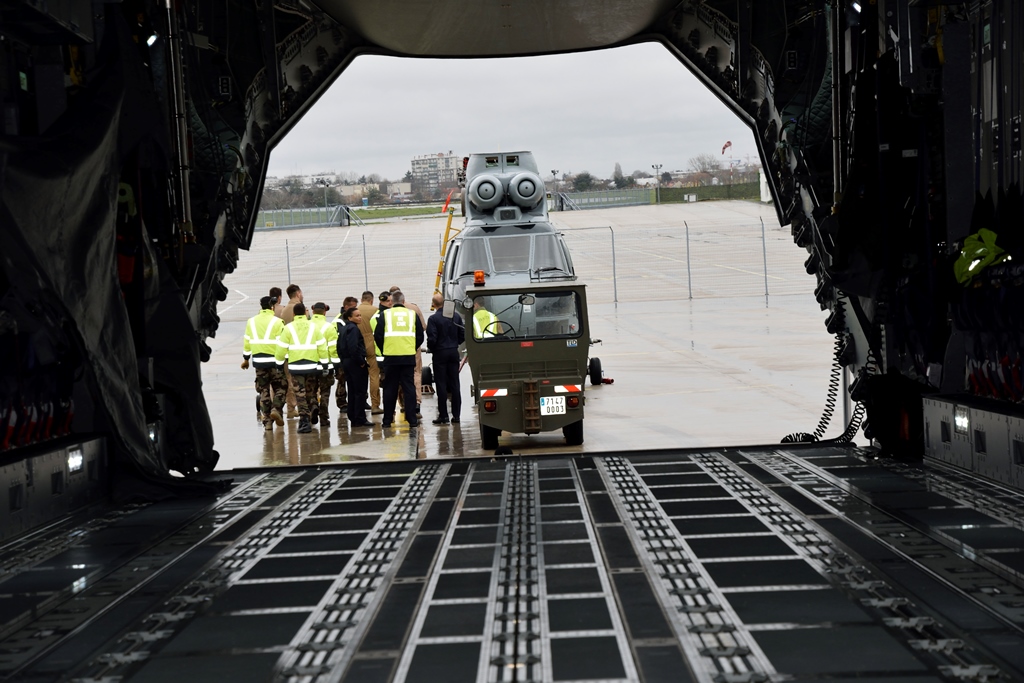 In December 2018, EATC commanded and controlled a mission transporting a French PUMA helicopter on a German A400M to Cayenne (French Guyana). Read here the article.

Transporting this helicopter in an A400M aircraft was a challenge to the whole team involved: to EATC planners and taskers, to the French-German handling personnel, loadmasters and crews.

As a matter of fact a PUMA helicopter is a special “oversized” cargo: it has to be partially dismantled, then boarded with a specific loading procedure and fixed directly to the aircraft floor, with specific restraints schemes.

The procedure is prepared carefully in advance. The cargo to be loaded and transported is evaluated and assessed against the dimensions and against the transport capacity of the aircraft. Then the national experts define a specific “Cargo Load Clearance” or CLC procedure for the respective cargo. This CLC procedure needs to be validated and the respective cargo to be approved together with a specific loading procedure. The military jargon calls the generated documents “Tie-Down Schemes” (TDS) or “Tie-Down Notes” (TDN).

If the procedures and processes are challenging on a national basis, they become legally daring when it comes to a cross-national mission.

Can a TDS or TDN issued by the French military authority be used to load a helicopter on a German aircraft?

In principle no, but the raison d’être of EATC and its member nations is pooling and sharing with the firm will to make things happen. This is why EATC coordinated the French procedures with the German military authorities. The latter then granted a waiver, giving special permission to execute this specific binational mission.

Thanks to the close cooperation between France and Germany, the loading of the helicopter onto the A400M went smoothly and without any trials before departure. France offered to Germany the support of handling personnel, technics and loadmaster specialists. In only two hours, the PUMA was loaded concurrent with all the procedures defined by France and Germany.

EATC took the opportunity to join the French-German team. An EATC observer accompanied the loading process and learned more about the procedures and the challenges. The lessons identified will be shared with all the member nations and processed in EATC’s “Cargo Load Clearance” working group. This “PUMA case” is the first empiric experiment to confirm the benefit of a multinational common harmonized CLC database.