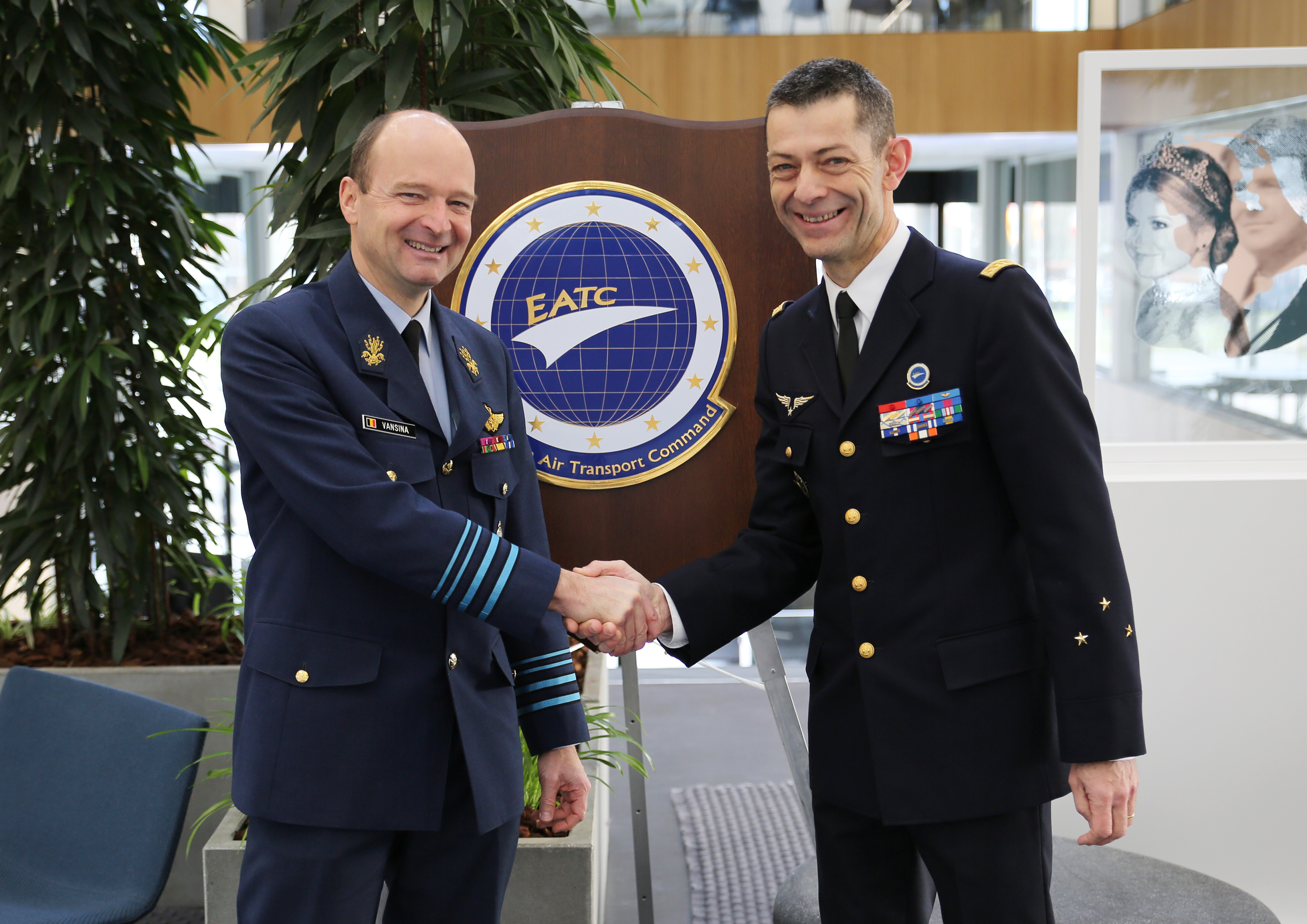 Major General Marboeuf presented EATC's support to the Belgian Air Force in preparation of the fundamental renewal of its air transport fleet starting in 2020. EATC experts briefed Major General Vansina how the Belgian transition to A 400M, A 330MRTT and Falcon 7x is being reflected in the EATC operational process. They also highlighted what has been done to adapt the EATC operational manuals to seamlessly assume operational control over these assets. The generals both agreed that this new fleet will significantly enhance the Belgian and consequently the European airlift capabilities in the next years.

Major General Vansina highlighted the importance of EATC for the Belgian Defence. Belgium is one of the few EATC partners who transferred operational control of all the airlift assets to EATC and retains very little national planning capability. He welcomed EATC’s efforts to support the transition of the entire Belgian airlift fleet whilst ensuring air mobility support to Belgian military in exercises and operations.

At the end of the visit, Major General Frederik Vansina met with Belgian contingent at EATC.