The mission controlling branch - or short: Mission Control - is the EATC's ops center of all running flight movements. The team of MSCN always has an eye on what becomes necessary in case of unforeseen events. 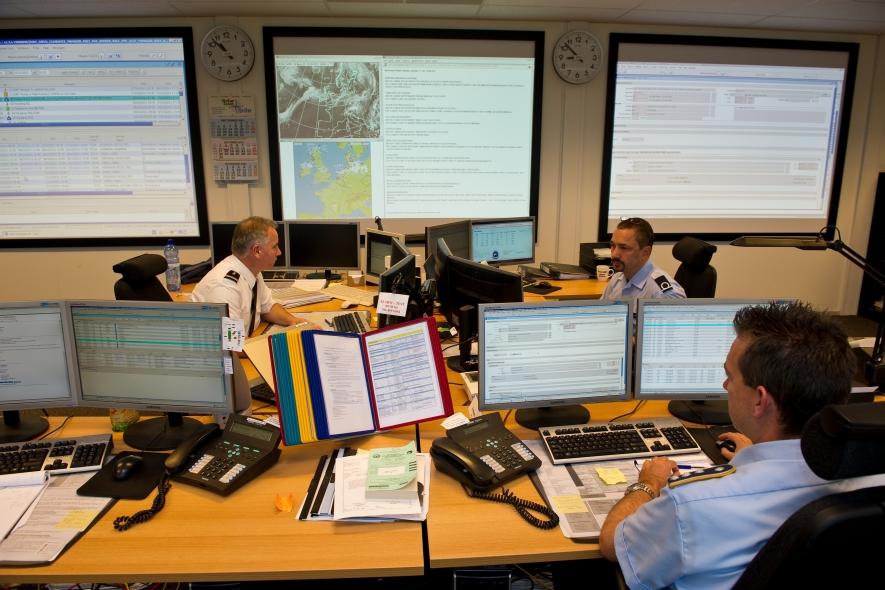 To achieve an overview of all flight activities soldiers work in a huge open-plan office, communicate with the aircrews, exchange information with enhanced software (MEAT) and monitor all flight movements. The head of Mission Control is the shift leader, normally an experienced senior officer who generally manages the whole team and orchestrates all necessary steps to achieve a successful mission execution. A flight controller monitors all flight-related topics , e.g.  load limitations, flying duty times and other issues. Moreover, the flight dispatcher is part of the team. His job is to create routings and to make sure that diplomatic clearances are granted. Finally, a maintenance controller is “onboard” Mission Control; he takes care of all technical questions that may arise.
In case of unforeseen events or short term ATRs, the personnel at Mission Control is capable to take all necessary steps. 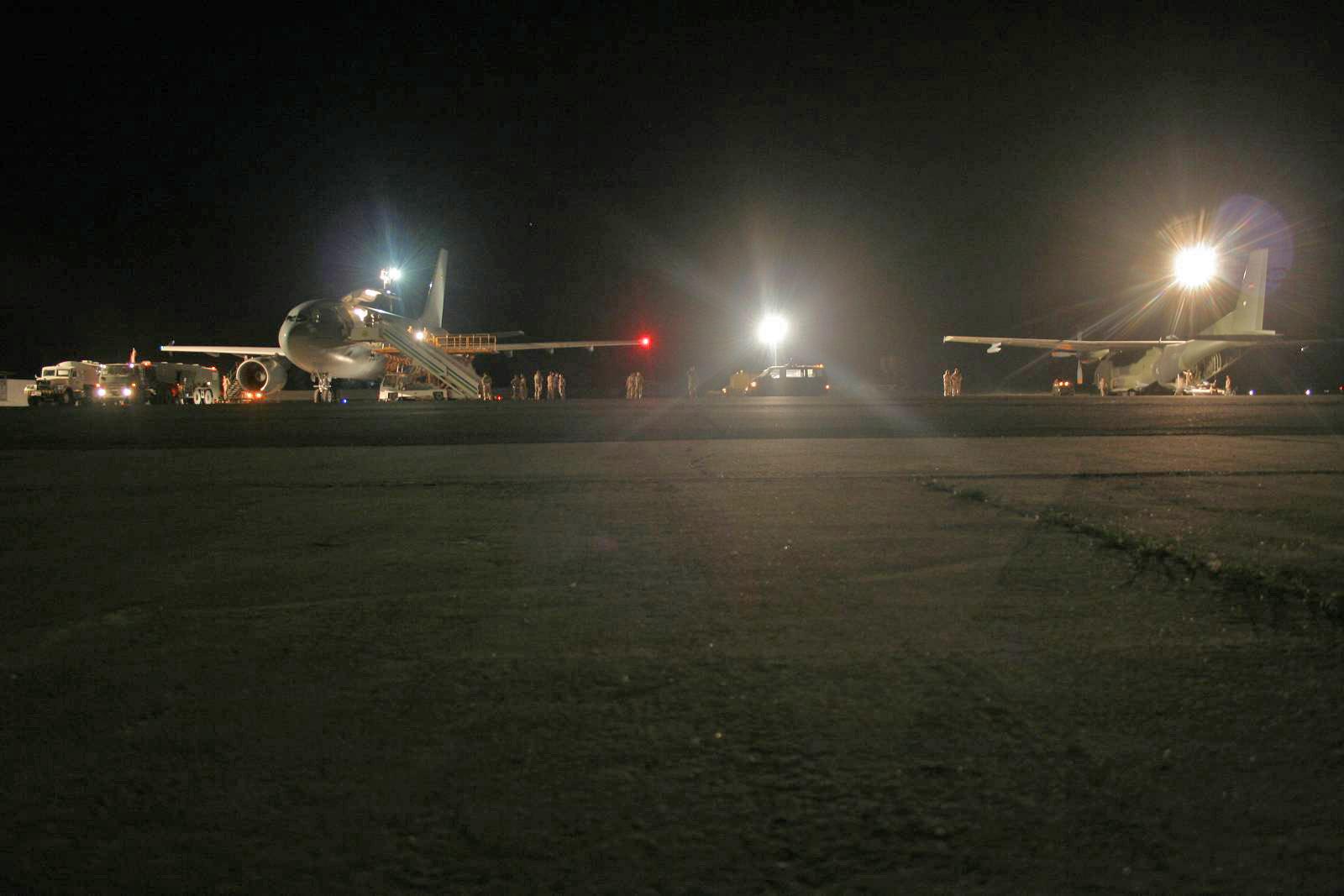 It’s one o’clock local at this German logistic hub, not far away from the border to Afghanistan. Airport lights illuminate the German air transport hub, where a German Airbus A310 MRTT waits for patients who have been flown in with a  C-160 ESS Transall aircraft from Mazar-e Sharif just a few moments ago. The injured soldiers had a traffic accident and are now transported back to the Netherlands by the German Airbus A310.
The Airbus A310 MRTT with its MedEvac-kit is often called a “flying hospital” because it is surely one of the most advanced aircraft world-wide with regard to Aeromedical Evacuation. With the help of the AECC – the Aeromedical Evacuation Center which consists of four flight surgeons and two flight assistants (flight nurses) – an evacuation mission is set up immediately after the AECC has chosen the appropriate aircraft. In order to save time and to carry out the AeroMedEvac mission as quickly as possible, the AECC communicates directly with Mission Control who are only a few steps away inside the same building. 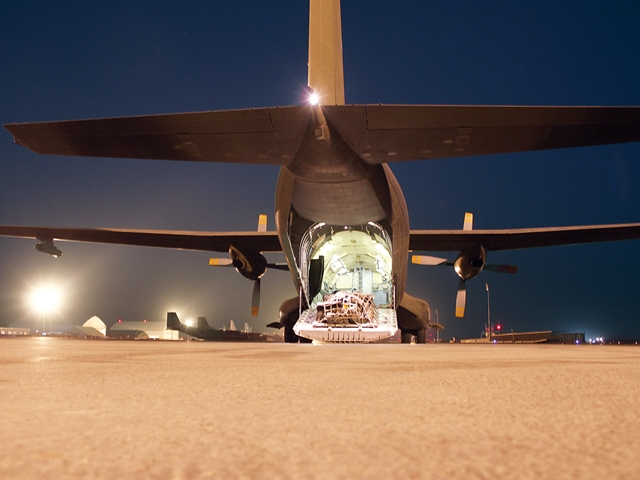 The Cypriot airport of Paphos is the place where spare parts for the German UNIFIL contingent are delivered by a German C-160D Transall from the German Air Transport Wing 61. The soldiers must be flexible whenever a transport ship is "coming in," because the German ships and boats heading for the port of Limassol, just 50 kilometers away, only have a short time window at the quay. They are lucky: The Transall unloaded its cargo hours before at its stopover in Pristina and is 20 minutes earlier in Paphos. Nevertheless, the soldiers always keep an eye on their watch, because if they are a few minutes too late, the vessel may be back at sea again - without the scheduled cargo on board… 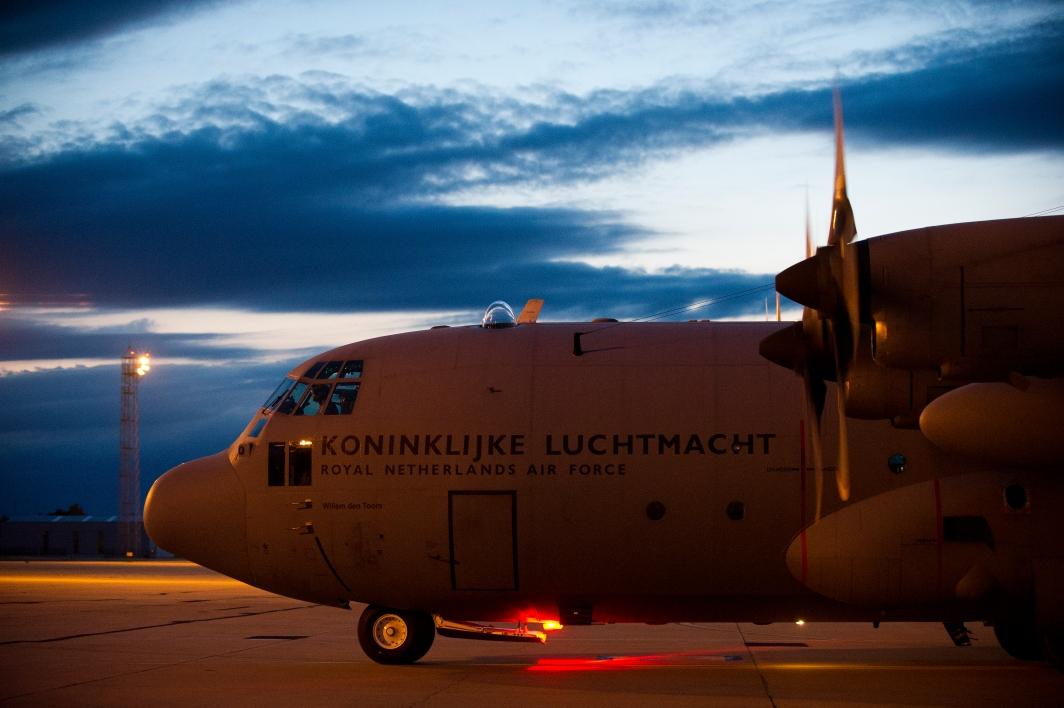 ... and many more impressions of the EATC's operational work are to be found here, where the whole story continues. So please follow us on a trip around the whole planet.